Nigel Clough's Brewers are still searching for that elusive first away win of the season after his side slipped to a hugely disappointing 2-1 defeat at struggling Wycombe Wanderers.

First half goals from Joe Jacobson and Adebayo Akinfenwa, the first a penalty after Kyle McFadzean had bundled Craig Mackail-Smith over near the byeline, gave Wanderers a first home win of the season after a re-organised Brewers could only score once after the break through Marvin Sordell's 47th minute goal after some excellent work from Liam Boyce in and around the box.

Albion dominated the first quarter of an hour of the game and large proportions of the second half but the penalty for Wycombe came just as the hosts had started to play and for the rest of the first half they dominated and ultimately took a vice-like grip on the points. For all of their second half possession and play Albion failed to get through a determined Wycombe back line despite throwing additional attackers on during the second period in search of the equaliser.

Ben Turner returned to the side after missing Tuesday's home defeat against Southend United with a slightly tight hamstring. He came back into the centre of the defence as Damien McCrory dropped to the bench with John Brayford switching from the middle of the back four to slot in at left back. Further forwards it was disappointment for David Templeton who was forced to sit this gamme out with his own hamstring problem. His place went to Sordell who returned having also sat out Tuesday's game.

Albion saw plenty of the ball early on in search of that elusive first away win of the campaign. Hesketh's teasing basll in from the right had Boyce in the danger area but surrounded by Wycombe defenders Albion's leading scorer was unable to fashion a chance for himself or tee up the supporting Sordell and Fraser.

Sordell made good progress down the left on eight minutes after a slip by a Wycombe defender and it earned the Brewers the firsr corner of the game as his low cross was hacked away at the near post.

Albion were playing all the football in the opening quarter of an hour and the best move of the game so far came on fourteen minutes as Sordell slipped a superb pass inside the pull back for Sordell to burst on to. Just as the Albion wide man was about to pull the trigger Michael Harriman got back and managed to extend his foot out to deny Sordell a shot and allow keeper Ryan Allsop to cut out the danger.

Wycombe finally began to exert some pressure around the twenty minute mark. A corner won on the right hand side by Craig Mackail-Smith promptingan upturn on home fortunes momentarily until Dominic Gape lashed an effort from distance wide. Halfway through the first period they had they clearest chance yet when former Albion defender Darisu Charles rose highest inside the Burton penalty area to head a Joe Jacobson free kick over the bar.

Mackail-Smith was guilty of missing the best chance in the 27th minute when a needlessly conceded throw-in over on the right was flicked on by Adebayo Akinfenwa and when the offside flag didnt go up as it looked like it should have done the experienced front man headed wide of the post from six yards.

The forward was at the centre of the action again on 29 minutes winning a penalty for the home side. A high ball into the box was allowed to bounce and as it came down MacKail-Smith went down under a challenge from Kyle McFadzean giving JACOBSON the chance from the spot to mark his 200th Chairboys appearance with the opening goal. It was a chance he was not to miss.

Home skipper Matt Bloomfield went close to a second for the hosts on 33 minutes as Randell Williams cross was nicked away from the midfielder by John Brayford just as he was about to head it. The second goal that the home side had been threatening came on 37 minutes. Again it was Williams making progress down the left and his cross was meat and drink to AKINFENWA who thundered a header past Evtimov from ten yards out. Albion had a mountain to climb now.

Albion needed a response, preferably before half time, and a flurry of corners offered some hope of something to take into the break but Sordell's shot was deflected wide of the target and the Wycombe defence seemed to have Boyce on a tight rein whenever the ball came to him inside the box.

The hosts almost had a third on the stroke of half time when Jacobson went another set piece towards the back post and with all eyes on Akinfenwa's presence it was Charles who came in late to send the ball wide.

Scott Fraser failed to reappear for the second half prompting a change of formation from the Brewers. Damien McCrory's introduction at left back saw John Brayford switch to right back allowing Lucas Akins to move up front in a 4-4-2 formation. Within two minutes of the restart Albion were back in it. Boyce ran onto a ball over the top and after holding it up on the edge of the box the striker feinted to shoot before sliding a superb ball through for SORDELL to skip around the keeper and finish into the empty net. Game on again.

Wycombe were forced into a change themselves on 55 minutes and it was something of as relief for Albion as they saw Akinfenwa trudge off to be replaced by Paris Cowan-Hall.

Albion were in the ascendency again and only a block from Williams on the line denied Akins an equaliser as another corner caused havoc in the Wycombe box on the hour mark.

Another Albion change on 66 minutes saw Devante Cole sent on in place of Hesketh and Akins asked to play his third position of the game out on the right hand side of midfield now.

Cole was inches away from a first Albion goal just a minute later, Sordell encouraging McCrory to overlap and deliver a teasing cross that was just in front of the substitute with Allsop nowhere near it inside his six yard box.

A careless pass from McFadzean on 70 minutes allowed Wycombe to counter forwards through Williams on the left. The winger sped towards the Burton before delivering to the near post where Mackail-Smith got there first to send an angled header over the bar.

After a stoppage for an injury to Dominic Gape that forced the Wycombe midfielder off the pitch Albion were close to an equaliser when Boyce rose to meet Quinn's curling delivery at the restart of play. Allsop got down well to his left to push the ball away from danger and as the Brewers continued to press Boyce was the target again when McFadzean speared a cross in, the striker unable on this occasion to hit the target from slightly closer in.

Referee Charles Breakspear finally had to reach for his yellow card with ten minutes remaining, a challenge from Matt Bloomfield on Quinn on the edge of the centre circle incensed the Brewers midfielder and his viciferous response to the match official ensured he saw yellow as well as the Wycombe man for the original challenge.

Former Brewers loanee Bryn Morris was sent on in place of the Chairboys skipper straight after as Gareth Ainsworth looked to try and secure the game and the lively Williams also made way for Millwall loanee Fred Onyedinma with seven minutes of normal time remaining.

Albion's final throw of the dice was Joe Sbarra, sent on for the final five minutes in place of Jamie Allen in the hope of providing a creative spark to conjure up an equaliser.

When Sordell connected with McFadzean's low cross on 88 minutes with a first time shot it looked like the net would ripple but the ball ended up rising too high over the bar and the chance was gone. Cole looked as if he was about to burst away from the Wycombe defence a minute later but could not quite get the ball under his spell allowing Charles to get enough of a challenge on the ball to avert the danger.

The signal of seven added minutes added even more impetus into Albion's efforts but the best chance was only a half one that fell to Cole in the last moments and his shot on the turn drifted over the bar. The search for an away league win goes on.

BREWERS fans will be able to pay on the day for tomorrow’s game against Wycombe Wanderers.

Advance tickets are still available to purchase until 4pm today. However, any Albion fans making the late decision to travel to Adams Park tomorrow, there will be a cash turnstile tomorrow for away fans.

Matchday ticket prices are as follows:

Ambulant disabled tickets are charged at the relevant price category and can be booked through Burton Albion. Wheelchair users must contact the Wycombe Wanderers ticket office.

Please note that a disabled patron is only entitled to a free carer’s ticket if they are of medium rate disability or above and proof must be provided.

Tickets can be still purchased until 4PM today by calling the Club Shop on 01283 565938, in person during normal opening hours or via our online ticket store, which you can visit by clicking or tapping here. 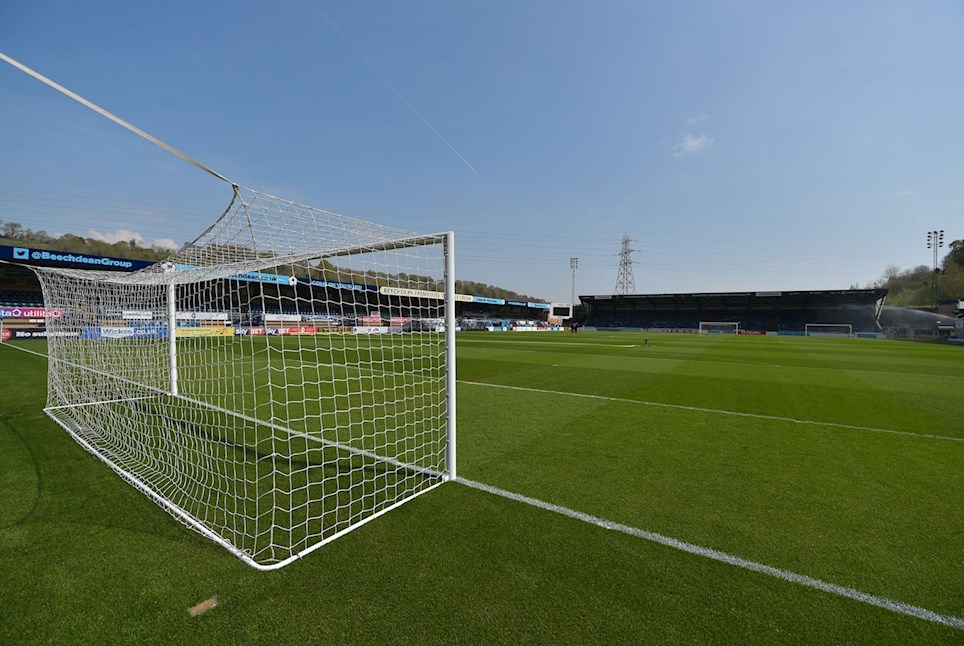 
TICKETS are now on sale for our away trip to Wycombe Wanderers on Saturday, October 6 (3pm kick-off).