ALBION bowed out of this season's Carabao Cup at the second round stage as Premier League side Aston Villa eventually eased through with a 3-1 victory.

The game looked to heading into another penalty shoot-out with the sides locked together at 1-1 after Colin Daniel's first ever goal in a Brewers shirt had given Albion the perfect start only to be cancelled out by Ollie Watkins equaliser six minutes before the break but two late goals broke Albion hearts, Villa skipper Jack Grealish emphatically lashing home from the edge of the box with two minutes to play before substitute Keinan Davis gave the scoreline a slightly flattering look with a stoppage time goal having just about managed to stay onside as Albion pushed forwards looking for a late equaliser.

Brewers boss Jake Buxton made four changes to his side for the visit of Premier League Aston Villa. Teddy Sharman-Lowe returned in goal in place of Ben Garratt. There were changes at the back as Daniel returned on the left and with John-Joe O'Toole unavailable, Michael Bostwick dropped into the defence allowing Ryan Edwards to make a first start of the season in his usual midfield role. There was also another start for Ben Fox as Neil Eardley missed out having come off early against Fleetwood on Saturday.

Albion got off to an absolute flyer surging into the lead with just 64 seconds on the clock. Edwards showed plenty of his usual energy high up the pitch to combine with Kane Hemmings to set DANIEL up for a first time right foot effort that flew past Nyland into the roof of the net. Villa playing their first competitive match of the season had truly been caught cold.

Dean Smith's men threatened to get back on level terms on 13 minutes when Ben Fox brought down Grealish wide out on the visitors left hand side but Ahmed Elmohamady could only flick Anwar El Ghazi's free kick well wide of the far post. Grealish then threatened to turn provider with a chipped cross in from the edge of the box that new signing Watkins could only steer over the bar without troubling Sharman-Lowe.

The Brewers were forced into a change on 25 minutes when Bostwick succumbed to what appeared to be a muscle injury of some sort and his departure from the action allowed the latest addition to the Burton squad, Owen Gallacher to get his first minutes as an Albion player dropping in at left wing back as Daniel dropped into the back three.

Albion broke free of their defensive shackles on the half hour, ironically from a Villa free kick, Quinn sending a slide rule pass through the visitors midfield to send Hemmings racing into the Villa box but the tracking run of Marvelous Nakamba did enough to deny the striker an effort on goal although Villa did not clear their lines particularly effectively and as the ball came back into their box Hemmings set up Lucas Akins for a scuffed effort that was easy for Nyland.

The equaliser came six minutes from the break as Grealish showed good footwork whne surrounded by three Albion shirts, slipping the ball through for left back Neil Taylor to find space for a low cross that supplied WATKINS with a simple finish.

But Albion were almost back in front just a minute later as Lawless won possession from Nakamba on the half way line before linking well with Hemmings to find Edwards on the edge of the area, the Australian flashing a curling effort agonisingly wide of the far upright.

And the visitors really should have gone into the break in front when Grealish tricked his way along the bye line past two challenges, finding Watkins on the edge of the six yard box but Villa's record signing, leaning back, could only clip the top of the crossbar from close range.

Although Villa came out for the second half looking that little bit sharper it was Albion with the first real opportunity on 49 minutes. A lapse of concentration on half way from Tyrone Mings allowed Hemmings to race into the box but with the angle tightening against him all the time his low effort beat Nyland but also the far post.

Grealish switched to the right to try and find more space and the mercurial forward almost caught out Sharman-Lowe on 54 minutes with an ambitious and wickedly swerving cross-shot that finished just wide with Albion's young keeper scrambling across his line.

And it was the Villa skipper going close again when a ball over the top of the Burton defence invited him to surge into the box only for Brayford to block his effort twelve yards out.

With a quarter of the game to play Albion made their other substitutions bring ing fresh legs into the midfield, both Steven Lawless and Ryan Edwards withdrawn to keep them fresh and Joe Powell and Ciaran Gilligan sent on.

Villa also began to ring the changes with Douglas Luiz sent into midfield and striker Keinan Davis sent into the attack and it was the latter who was not far away from edging Villa in front on 73 minutes diverting a cross from Elmohamady just wide from ten yards out.

But it was GREALISH who had his say in deciding the tie lashing home Henri Lansbury's corner from the edge of the box through a crowded penalty area before DAVIS raced through in stoppage time to slide home a third that put a gloss on the Premier League side's night. 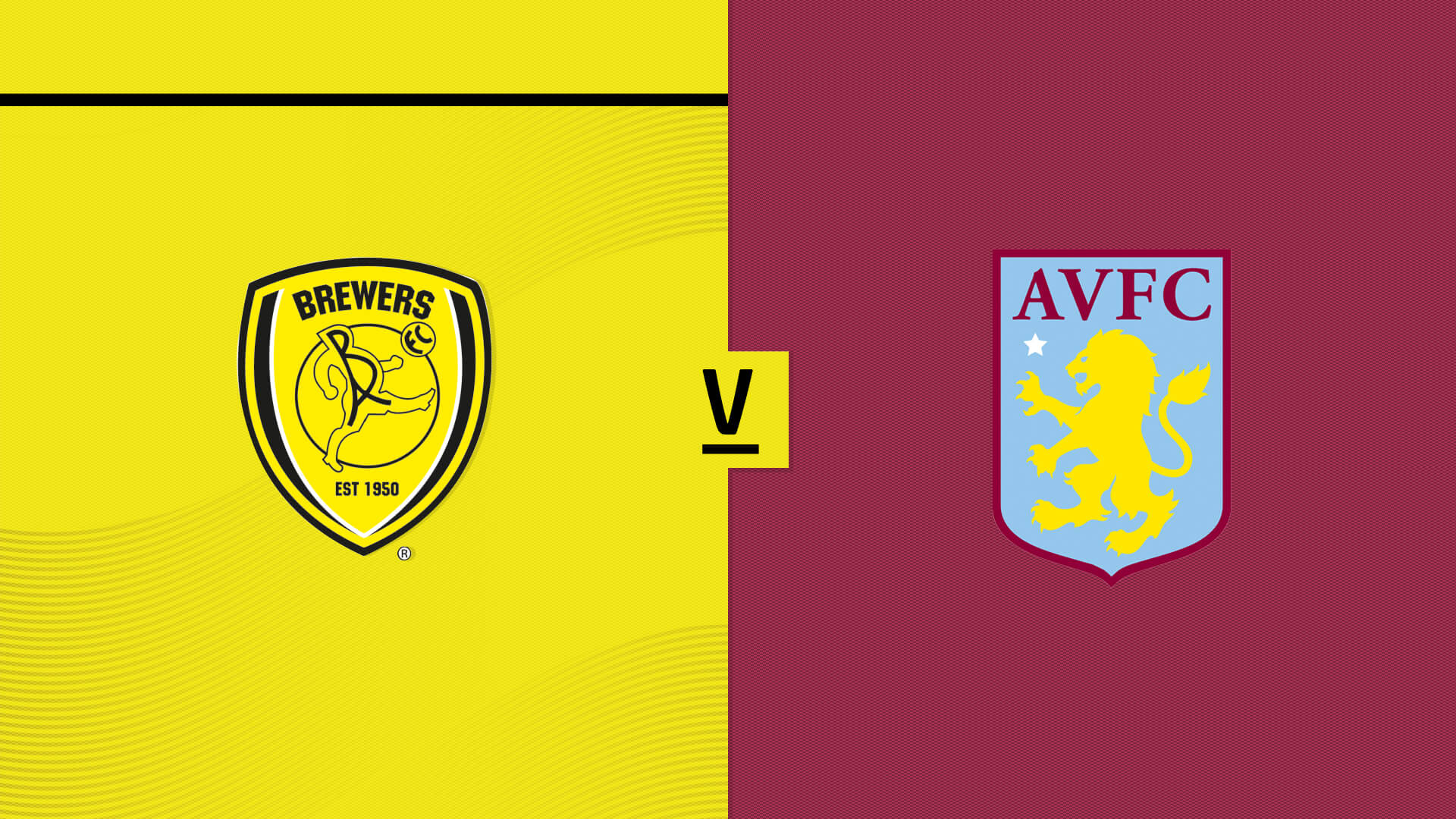 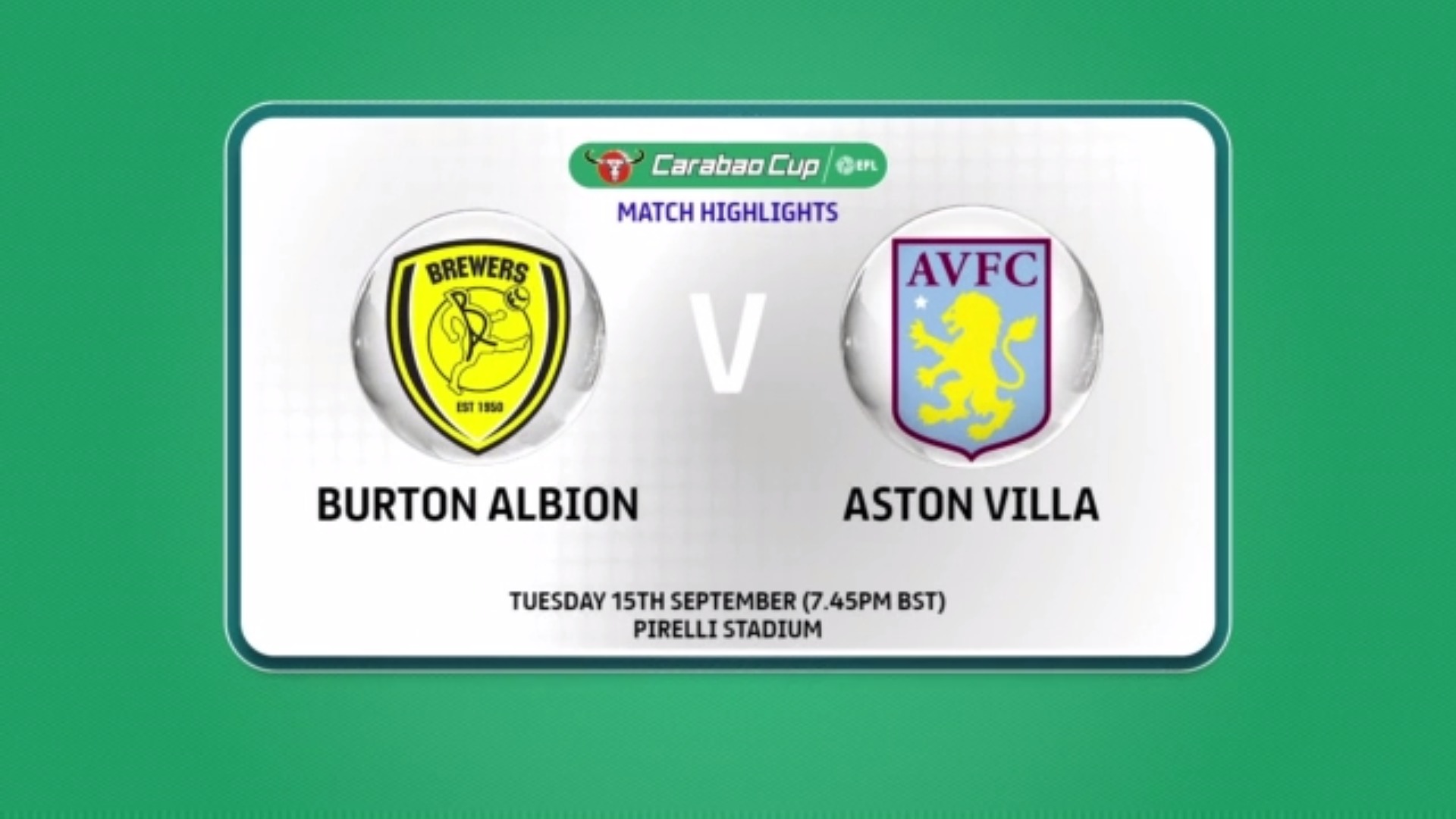 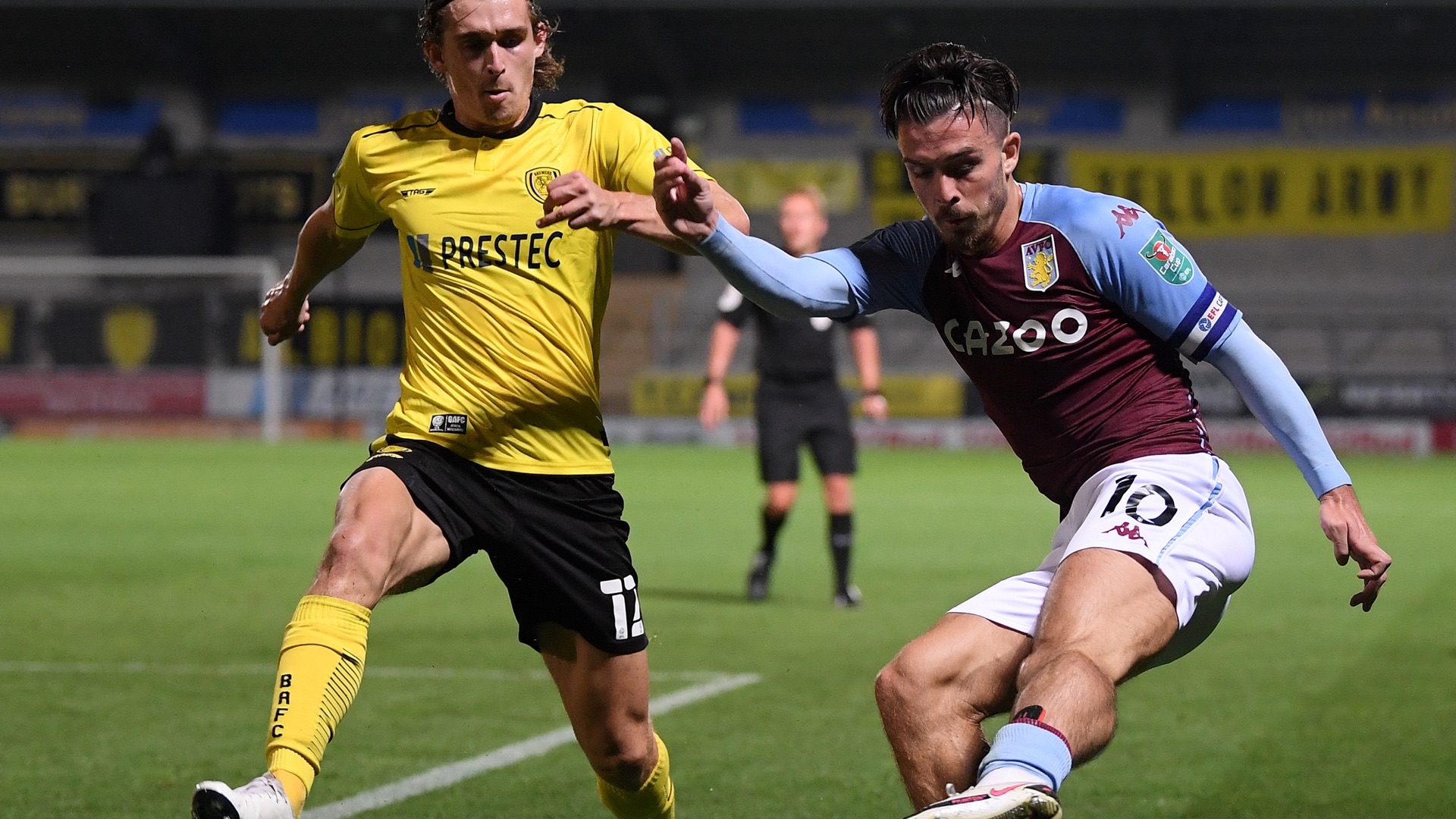