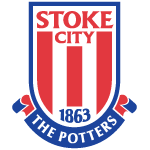 Lineup will be displayed here shortly before the game

AN extra time winner secured Burton Albion U18s' passage to the fourth round of the FA Youth Cup as the Brewers defeated Stoke City 3-2 in an entertaining third round clash at Clayton Wood.

Turning in a magnificent performance in front of the watching first-team staff and Chairman Ben Robinson, Albion took the lead three times in all in an entertaining match that went to extra time.

Charlie Williams and Luke Redfern netted either side of half-time but both times Albion were pegged back by goals from Sam Knowles and Tom Nixon.

But Callum Niven's excellent header in the first half of extra time would prove to be the winning goal against the category one side, with the Brewers defending resolutely in the closing stages to see out a fine win and set up a clash with Southampton in the coming weeks.

Following first and second round victories over Worcester City and Mansfield Town respectively, Albion travelled to City’s Clayton Wood training complex for a third round game that had previously been scheduled for January, prior to the suspension of the competition by the FA.

The opening 10 minutes saw little goalmouth action but Albion were matching their illustrious opponents across the park.

The 10th minute did bring the first real effort on note and it came to the hosts, with striker Ryanjay Malbon creating enough space for a shot, but a last-ditch challenge from an Albion defender saw the ball deflect onto the crossbar and away.

The Brewers were building neat attacks of their own and Yewo Nyirenda had a good chance on 14 minutes when he got onto the end of Williams’ left-wing cross, but could not get enough power on the header and keeper Xander Parke was able to claim.

Ben McLean came close to breaking the deadlock on 23 minutes, his back-post header from a corner deflected just wide.

But Albion kept pressing and duly took the lead as Williams, trying to fire a volley at goal from another corner, was wiped out in the air and a spot kick awarded.

It was WILLIAMS himself who stepped up, placing the ball to the keeper’s right and finding the back of the net.

Three minutes later and it was the hosts who had a penalty - Henry Nash going down in the box and the referee Ben Robinson pointing to the spot.

Malbon stepped up and placed it low to the keeper’s right - but Greg Lewis went the right way and got a hand to the ball, tipping it onto the post.

Stoke would take the lead with 11 minutes to play in the first half, KNOWLES showing good feet in the box to fashion enough space for a low drive from a tight angle. It bounced off the stanchion, over the line, and the goal was given.

The game very much had an FA Cup feel to it, every challenge keenly contested and both sides attacking well, a pattern that continued in the second half.

And just shy of the hour, Albion took the lead again. Albion were winning a good number of corners and causing issues with them - REDFERN got onto the end of a deep delivery just shy of the hour and finished well at the back post through a sea of bodies.

Again, though, City responded well and NIXON’S long-range effort had enough power on it to carry it past Lewis and into the far corner on 62 minutes.

There were few clearcut chances for the remainder of the second half, despite the best efforts of both sides, with Lewis making a smart stop from Andre Godfrinne in the last effort on target of the 90 minutes.

Godfrinne came close to giving Stoke the lead for the first time when he latched onto a ball over the top, an awkward bounce however caught both him and Lewis out and while Godfrinne got his head to it, it was at an awkward angle and he could only nod it wide.

But it would be the Brewers taking the lead for a third time before the half-time whistle blew in extra time, and it came from another well-worked Albion move, the ball worked nicely to Williams, whose cross was met by a stooping NIVEN, who powered and placed his header to perfection to send it past Parke.

The hosts came out strongly in the second half of extra time, chasing a third equaliser. An early warning came on 107 minutes as Malbon found space on the edge of the box but pulled his shot wide, and three minutes later Lewis made a fine save at the feet of Jai Verma, denying the forward from what looked a good opportunity.

And into added time of extra time, Lewis had to be alert again to tip behind another effort from Malbon - and the Brewers did superbly from there to weather a late storm, amidst an actual one, and secure a deserved fourth round place.