Lineup will be displayed here shortly before the game

Tommy Booth and Kristian Gilbert's side take on the Stags in the third qualifying round of the competition at Hillsfield, home of Rocester FC, tomorrow (2pm kick-off).

The Brewers will be in attendance at the Pirelli Stadium for today's men's game against Oxford United, taking part in pre-match and half-time activities as part of our women and girls takeover.

We are relying on your backing once again against Oxford - and Hasselbaink wants to see as many Brewers fans as possible tomorrow, and going forward, for our second big game of the weekend.

"I want to welcome everyone - staff, players, officials and volunteers - from Burton Albion women's and girls' teams to today's game," Hasselbaink wrote in his notes for our programme, the Matchday Brewer.

"Burton Albion has always been an inclusive club and the work being done to encourage young people of all backgrounds into enjoying football, and helping to grow the women's game, is fantastic to see.

"Hopefully days like today can help to inspire young girls into getting involved with local football - and there is no better way to do that than to see the women's team playing.

"The women's first team have a big game on Sunday in the Vitality Women's FA Cup at home to Mansfield Town, and I wish Tommy, Kristian and all the girls the very best of luck for the match.

"I also know that they would love to see as many Brewers fans cheering them on as possible, so please head down to Rocester tomorrow.

"It is a 2pm kick-off and like you do for the men's team, we want you to back the women's team tomorrow afternoon."

Make sure to head down for your Sunday football fix and back the Brewers in the Vitality Women's FA Cup! 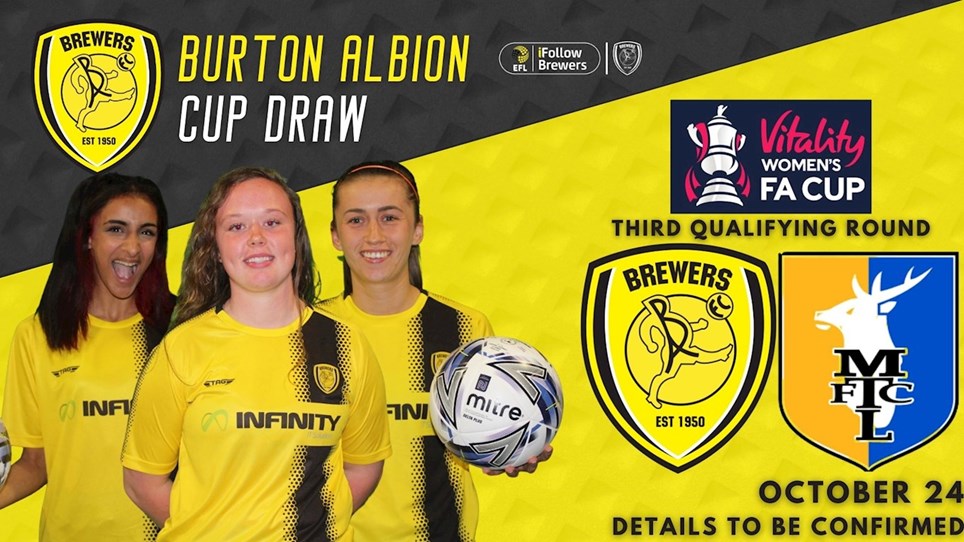