ELEVEN years ago, Burton Albion travelled to Old Trafford to face Manchester United in an FA Cup third round replay. Under 18s Coach Shaun Harrad has been talking about his memories of the tie.

The two sides will meet again more than a decade later as the Brewers once again make the trip to the Theatre of Dreams to face Jose Mourinho’s United side in the third round of the Carabao Cup.

Nigel Clough’s side competed against the likes of Gerard Pique, Wayne Rooney and Cristiano Ronaldo as they held Sir Alex Ferguson’s side to a 0-0 draw at the Pirelli Stadium to force the replay. Harrad started both games and has fond memories of the build-up to the Old Trafford match.

He said: “The whole town got together for the home game against Manchester United, as a Conference club, being part-time, it was a dream come true.

“The fans turned out in their numbers and that stayed with a lot of the players from that day on, we still speak about that as players and fans and it will stay with us for a long time. 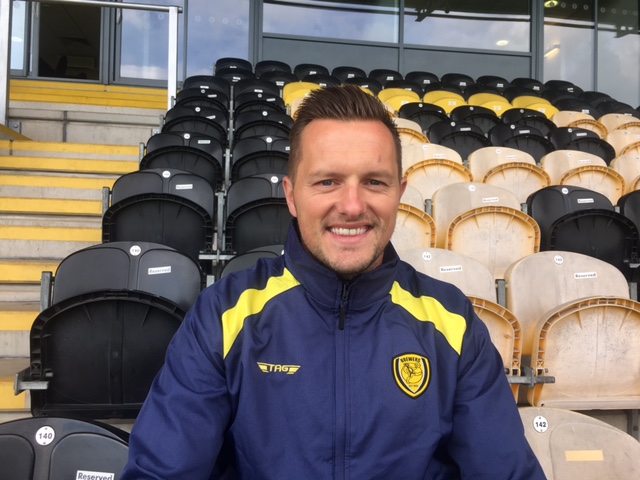 “We took a lot of confidence from the first game to Old Trafford, we were unlucky not to win the game at home, but you are brushing shoulders with some of the world’s best players. I remember little snippets of the game even now as if it were yesterday, that is how special it is as a player and for the fans to see.”

There were more than 100 league places between the two teams when they met in 2006, now there are just 37. Harrad believes the current squad should enjoy the experience, just as the side in 2006 did.

He said: “No matter how you look at it, getting a result will be a tough ask. Back then, the gaffer said, ‘just go out and enjoy it, take the occasion in and embrace it’. It is probably once in a lifetime if you are lucky, I know that the levels are closer now but it is not that often that you get to Old Trafford and can express yourselves. I think it is most important that you enjoy the experience and take it from there.”

Harrad also feels a great sense of pride when reflecting on how far the club has come since that FA Cup tie.

He said: “A lot of credit must go to the managers, the Chairman and everyone behind the scenes who have been here for so many years. Obviously, you take pride in it as a player because that is where it all started. Just to see where the club is now is absolutely brilliant.”