The left-back has broken through into the first-team squad this season and made 12 appearances for the first team, having signed his first professional contract last summer.

Now the 18-year-old has agreed new terms with The Brewers, keeping him at the club until the summer of 2021.

“After coming through the Academy it’s obviously hard in the first year, but I’ve tried to make a mark and impress the gaffer and I think that’s what I’ve done so far to earn it.

“He’s given me a lot of opportunities to go out and impress against the likes of Aston Villa and teams in League One - and I think I’ve taken them.”

Hutchinson follows a line of success stories from our Academy, following the likes of Matt Palmer, Marcus Harness, Ben Fox and Joe Sbarra in breaking through into the first team.

And Hutchinson, who is also capable of playing on the left-wing, is grateful to the Academy set-up and the coaches for his development. 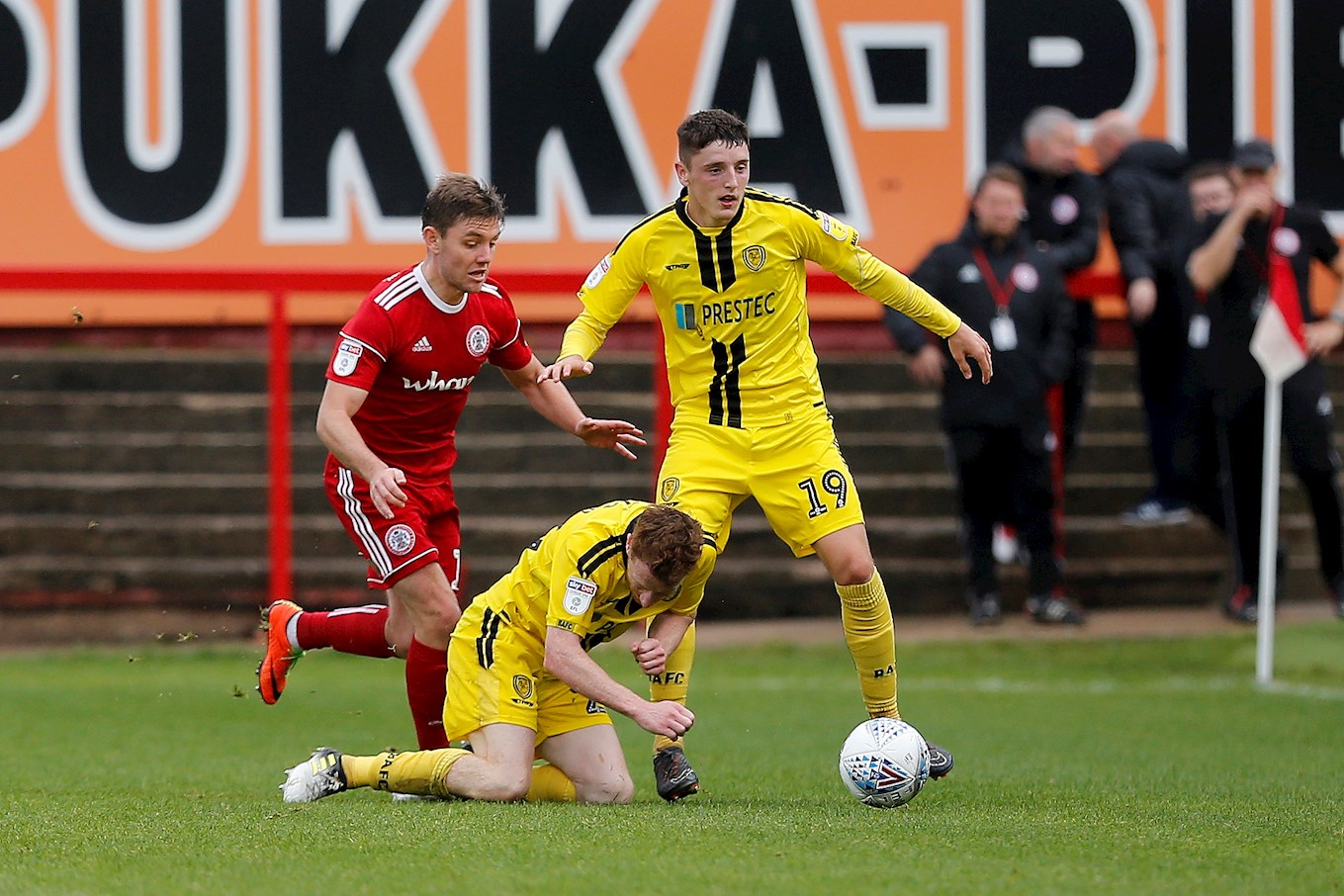 “They’ve been massive and it obviously shows that there’s a pathway for young players like me, Joe Sbarra, Ben Fox and Marcus,” added Hutchinson.

“I just want to thank all the Academy staff for the help they’ve given me. Even at the end of last season, when I was training with the first team, they were pushing me and challenging me, and that was great for me.”

“Reece has been very good and it has been impressive the way he has adapted to the level,” said Brewers manager Nigel Clough.

“When we gave him a contract out of the Academy nobody was sure he could make the step up as we have nothing in between, like an Under-23 squad, for him to go into.

“It’s sink or swim and he has done very well so far. He’s growing in stature and confidence.

“He’s not fully developed physically so far so there’s more of that to come. But we like what we have seen so far of him."