OUR first ever match in the Carabao Cup quarter-finals kicks off at 7.45pm this evening as we take on Championship side Middlesbrough at the Riverside Stadium.

We have met Boro four times in total, twice in the league and twice in cup competitions. The two sides first met at the Pirelli Stadium in 2011, when two late, memorable goals from Shaun Harrad secured victory for Paul Peschisolido's Brewers in the FA Cup third round.

In the Championship last season, Boro ran out 2-0 winners at the Riverside Stadium in August and in the return fixture, much further down the line in April, Albion were 1-0 up heading into added time through Marvin Sordell's effort six minutes in, with Britt Assombalonga turning home an added time equaliser to rescue a point.

Our only meeting in this competition came in 2015, with Jimmy Floyd Hasselbaink in charge of Albion as his former club visited the Pirelli Stadium. That game went to extra time with Boro seeing out a 2-1 victory through Christian Stuani's double - that won't be the case tonight, with a draw heading straight to penalties. 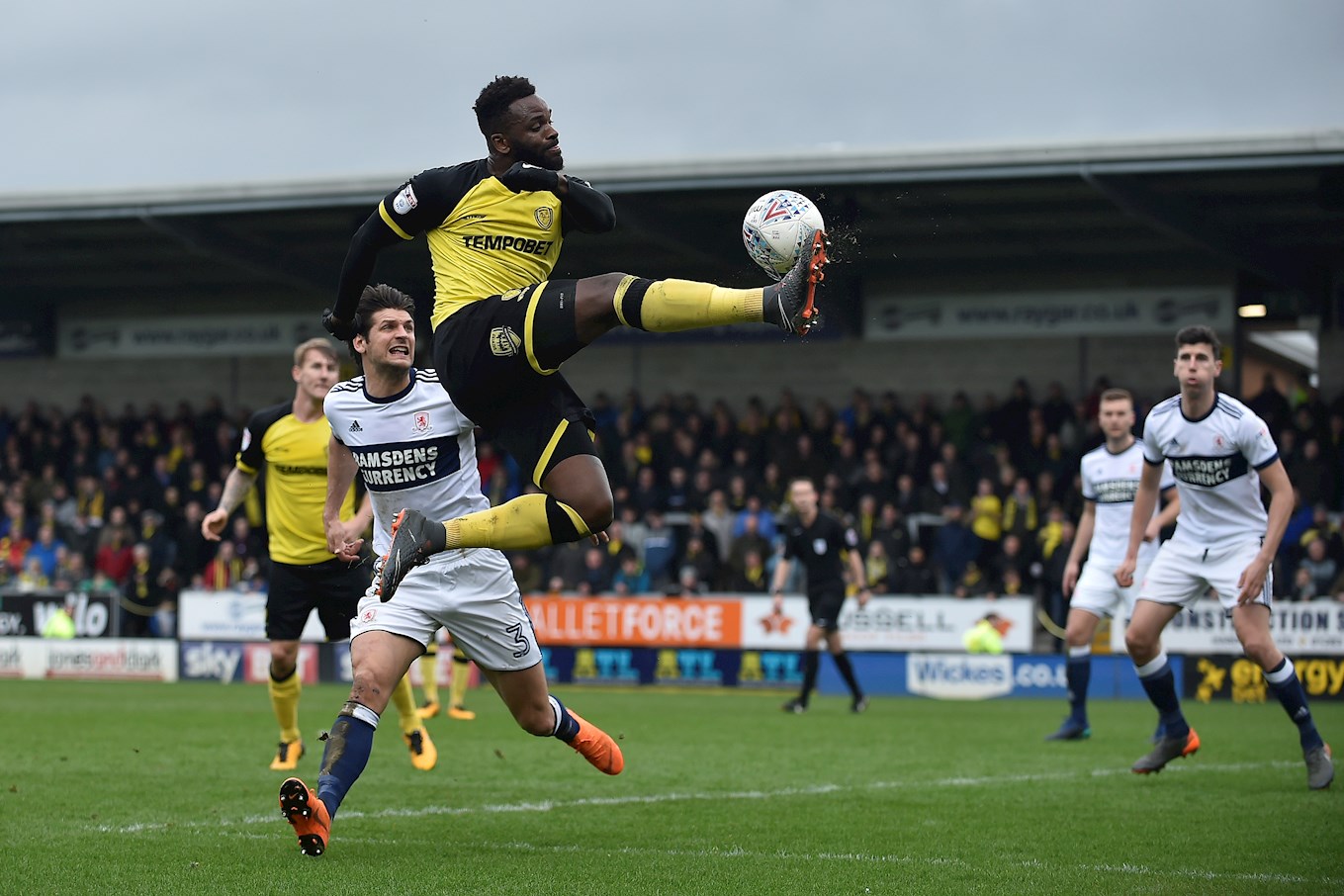 "Liam Boyce suffered a thigh injury – about 40 minutes in he felt it," said Clough. "Scott Fraser hurt his groin and David Templeton hurt his shoulder in the last few minutes.

"With the injuries to go with the defeat it is not a particularly nice day."

According to BBC Sport, striker Martin Braithwaite will feature in Middlesbrough's Carabao Cup quarter-final with Burton Albion on Tuesday.

Braithwaite was left out of the Boro squad for Saturday's defeat by QPR.

Michael Oliver will be the man in the middle for tonight's game. The 33-year-old is part of the Select Group of match officials and primarily takes charge of Premier League games, and earlier this year was promoted to the UEFA Elite Group of Referees.

The assistant referees will be Michael Mcdonough and Simon Bennett, with Paul Tierney acting as fourth official.

Tickets are on sale at the Pirelli Stadium until MIDDAY, when they go off-sale. Coach travel is also available at £18.00 per seat with a departure time of 3.30pm - make sure to book BEFORE midday.