TOM Flanagan has been named in the WhoScored.com Sky Bet Championship stats XI for December after a string of good performances.

The Northern Ireland international scored his first goal in five years when he fired home against Reading. He made 26 tackles, the most of any player, and he ranked second for interceptions, making 17. The defender got an average Whoscored.Com rating of 7.4 during the month.

Flanagan was joined in the team by Derby centre-halves Richard Keogh and Curtis Davies, while ex-Brewers loanee Mark Duffy also made the team. 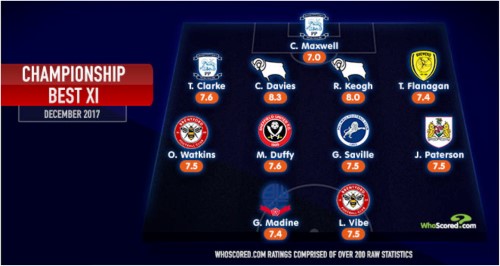