GOALKEEPER Jack Livesey has become a contracted Burton Albion player following a successful application to FIFA and receiving the subsequent international clearance for him to play in England.

The teenager, who joins from Scottish club Partick Thistle, featured for the Brewers during pre-season friendlies with Matlock Town and Arnold Town as a trialist.

The 17-year-old is eager to continue his development with Burton Albion since signing a three-year contract, the deal also includes an option to be extended into a fourth year should the Club wish to implement this clause. 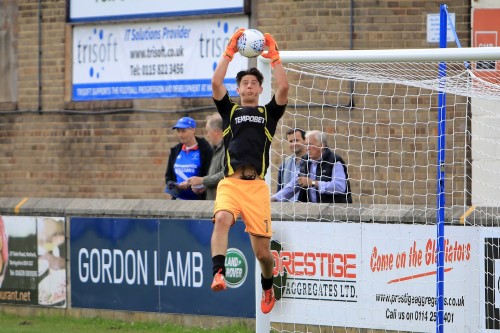 He said: “I have been excited to get started with the club ever since I moved down (from Scotland), not only football-wise but as a life experience it has given me the chance to develop a lot of independence and the opportunity to start a dream career, I could not be more excited.

“The friendlies were my first ever first team experiences which was a great way to start off. The club itself, everyone was so welcoming, I didn’t feel intimidated at all, they just welcomed me into the team, which helped me play to my potential and prove I was worthy of joining the club.

“There isn’t one particular person I know that I have to approach. I know that if I approach anyone, from the Academy to the first team, they would be willing to help me out with anything, I could not ask for much more.”