MARTIN Samuelsen was a very interested spectator at the Pirelli Stadium on Monday as Norway’s under-17s overturned a 1-0 deficit to beat Sweden 2-1 in the UEFA Under-17 European Championships.

On-loan Brewers midfielder Samuelsen, who has two caps for the senior Norway side and played 11 times for the U17s, was in the stands to watch his fellow countrymen come from behind and move to second in Group B with one game left to play before the knockouts.

After a neat side-footed finish from Fredrik Hammar gave Sweden an early lead, captain Thomas Rekdal responded with a rocket of a shot from 20 yards to restore parity before half-time. 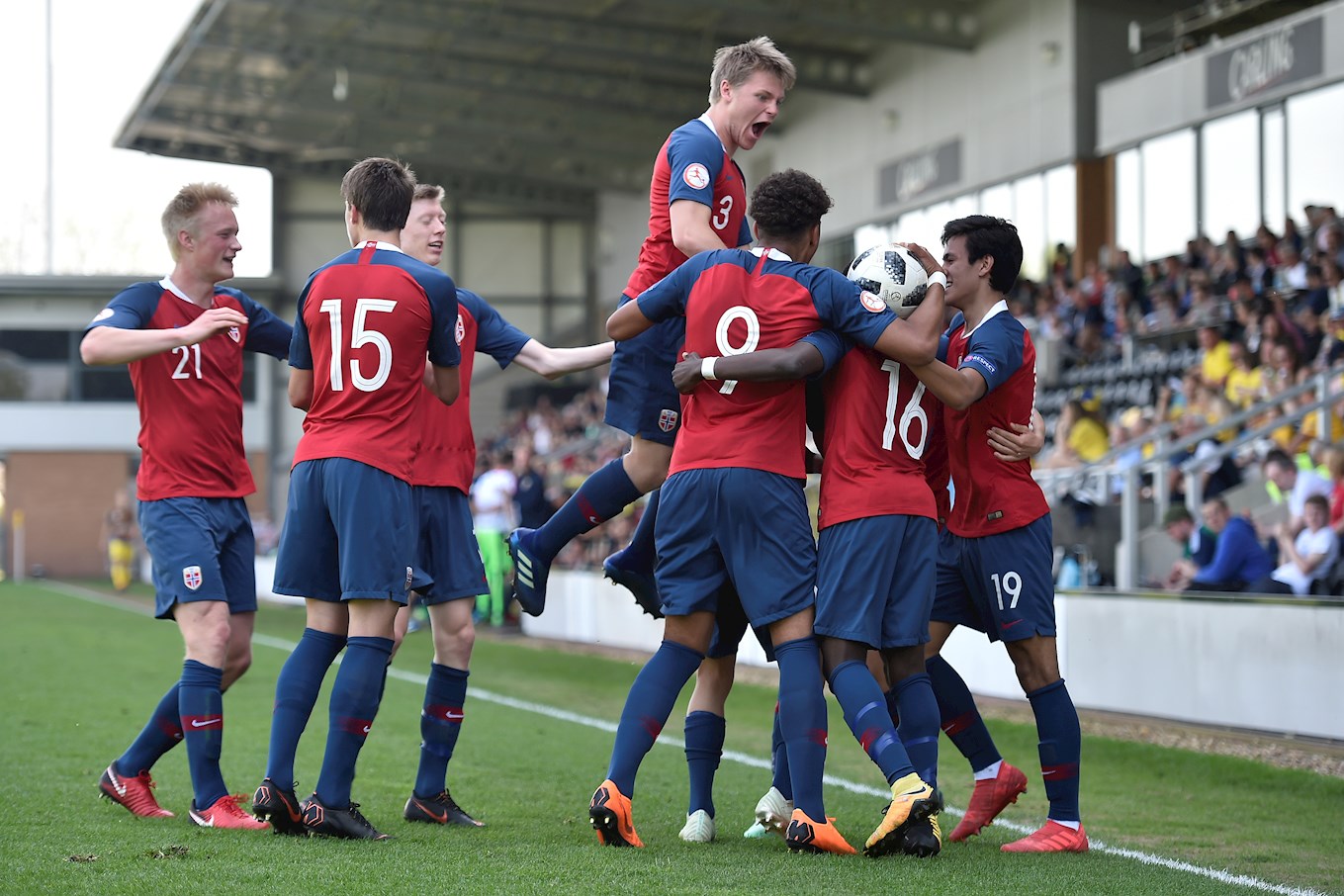 Rekdal, the nephew of 83-time Norwegian international Kjetil Rekdal, then scored a sublime free kick in the second half, placing his right-footed effort to the bottom-right corner, giving Norway a deserved victory.

Samuelsen was delighted for his compatriots and impressed with the goals Rekdal scored on the day.

"I was impressed by many of the players and I’m happy on their behalf that they got the win," Samuelsen told burtonalbionfc.co.uk.

"I know what it’s like playing for the national team at the younger ages and I’m happy for them.

"It’s a long time ago now (since I played for the Under-17s)! We got to the Elite round of the qualifying stage where we went out unluckily, so I didn’t make it this far.

"But there are some good memories and they came back while I was listening to the national anthem before the game.

"The goals were both very good. The first one was difficult technically because the ball was coming at him in the air so he had to adjust his body for the volley and I don’t think he could have hit it much cleaner.

"The second goal was brilliantly taken and it fooled their keeper - it was a good finish."

Samuelsen, who joined The Brewers on loan from West Ham United in January and made nine appearances for Nigel Clough’s side, believes the players will have enjoyed showcasing their talents at the Pirelli Stadium.

"Burton have got a great stadium and good staff,” said Samuelsen.

"I think for the players it’s a nice place to come to. They’ll be well looked after and it’s a nice pitch, which is what matters!"