Fox netted for Albion in the 91st minute at the Pirelli Stadium on Saturday in the 1-0 win over Bristol Rovers, netting the winner as Albion took their first victory in Sky Bet League One since September 15.

The 20-year-old, who first netted for The Brewers in the Carabao Cup away at Cardiff City last season, took a cross from Lucas Akins in the box, turned neatly past his marker and poked the ball into the net.

Having come off the substitutes’ bench, Fox’s contribution proved vital and Clough was pleased for Fox to get a memorable first league strike for his hometown club.

“When it’s a winning goal as well in a 1-0 win at home, in a much-needed victory, then it’s even more special,” said Clough.

“Sometimes you can get your first goal when you’re 3-0 down but it’s much more special when it’s memorable like it was on Saturday, and it means the three points.

“It was quite a good game considering the conditions, very blustery, but it was a good game against a good team with a good manager.”

Fox has found himself out of the starting XI for league games in recent weeks with the midfield trio of Stephen Quinn, Jamie Allen and Scott Fraser slightly ahead of the Brewers Academy graduate.

Those three have impressed in recent months - but with Fraser struggling with an injury in the game against Bristol Rovers, Fox was called upon to replace the Scot.

And Fox will continue to be the one Albion turn to in such situations, Clough says, as Fox tries to displace one of those three more experienced men in the middle.

“We’ll see how the others go,” Clough added. “He’s still not done enough even with his goal to unseat the others just yet, but if Scotty Fraser continues to struggle then he’s the first one in there.

“That was the case on Saturday. It was an enforced substitution - if someone has an injury, Ben’s the first one we put on.

“If he’d got a goal at Port Vale, he might have started! But he’s come on on Saturday and done that - Foxy is always there or thereabouts in our thoughts.

“It’s not so much what he’s done, it’s more about the other three. They’ve played so well.” 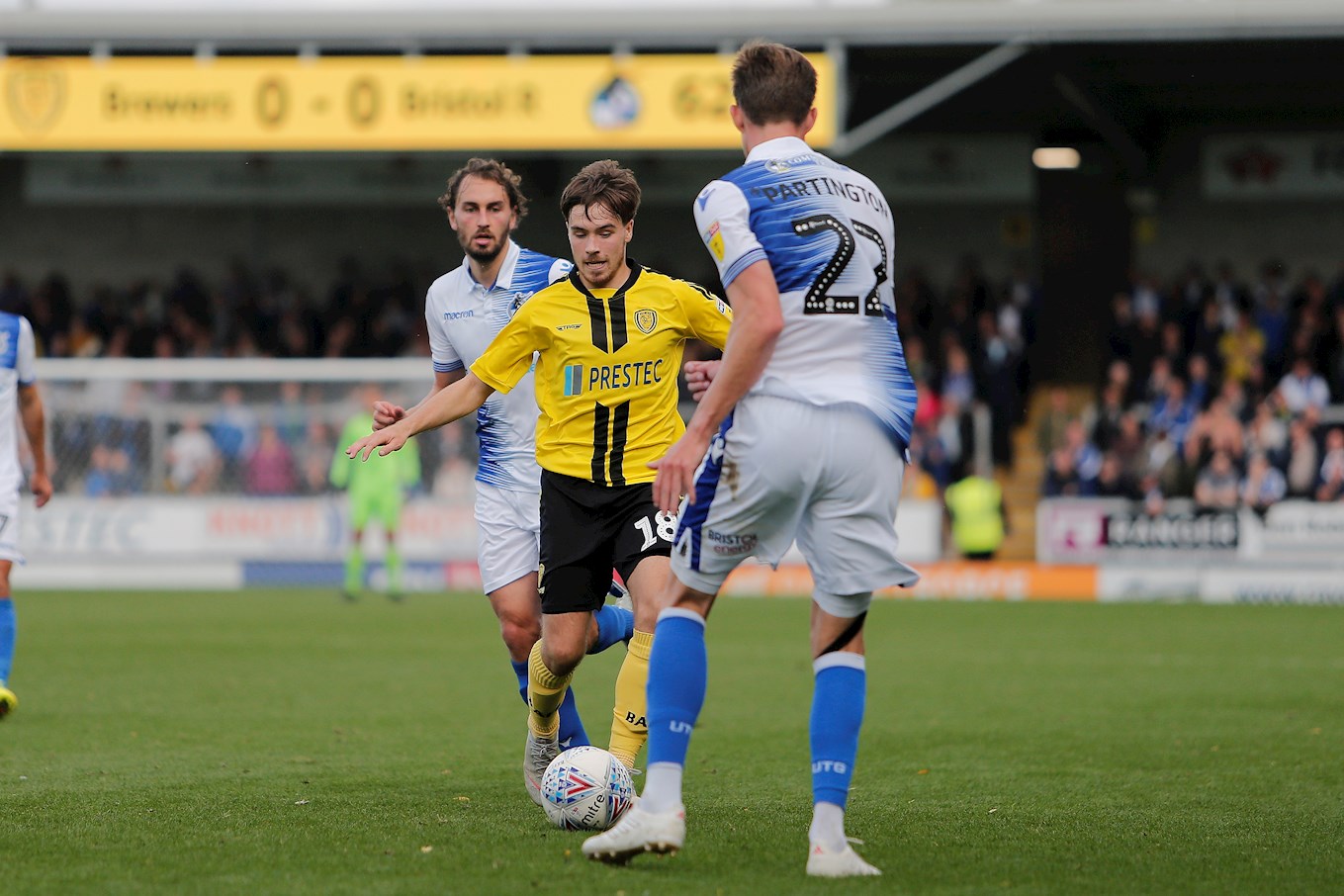 The 22-year-old started on the left wing for The Brewers and impressed on his return to league action, coming within centimetres of breaking the deadlock when his curled effort from 18 yards hit the post in the second half.

“It’s a long time he’s been out,” Clough said of Miller.

“It’s only because Marvin Sordell pulled out injured in training that he got his start - we’re delighted for him.

“He showed what we’ve been missing - just that little spark. He played 90 minutes on Tuesday and he’s still building up.

“It was nice for Ben but it would have been nice for Will if that had gone in - and we’re talking centimetres.”