BURTON Albion enter the final five games of the Sky Bet League One season today as we take on Scunthorpe United at Glanford Park.

The two sides have already met twice this season, once in League One and again in the FA Cup at Glanford Park in November.

Our other league meeting at the Pirelli Stadium in late-September ended in a goalless draw, and less than six weeks later we took on the Iron in the first round of the FA Cup.

Liam Boyce nabbed a late consolation there but the Brewers could not find an equaliser and we suffered a 2-1 defeat.

This will be our seventh game in total against the Iron, with our only win against United coming on the opening day of the 2015/16 season, when Stuart Beavon and Lucas Akins scored in a 2-1 victory.

Jake Buxton (calf) and Scott Fraser (calf) are both doubts for today's game, with both being replaced during the 1-1 draw with Sunderland in midweek.

David Templeton (knee) is also out but Will Miller should return to the squad following illness.

"Jake is the main problem, he’s doubtful but not ruled out yet," said manager Nigel Clough. "His calf tightened up on Tuesday. And that’s why Scott Fraser came off as his calf has also been tightening up late on in games.

“Everyone else came through okay from Tuesday.”

The hosts are likely to be without Tony McMahon (hamstring), while Tom Pearce (groin) will be assessed, but Levi Sutton and Cameron Borthwick-Jackson should both be fit after illness and hamstring issues respectively.

Sutton should be available for selection.

Graham Salisbury is the match official for today's game at Glanford Park. The Lancashire official has taken charge of 31 games this season and in those, has shown 108 yellow cards and three reds.

Earlier this season, Salisbury was the man in the middle for our 2-1 defeat at home to Peterborough United in League One and our 2-1 win away at Shrewsbury Town in the Carabao Cup.

Salisbury is the father of Michael, who refereed our 3-1 win at home to Barnsley last weekend.

The assistant referees are Alan Clayton and Gary Hilton, with Joe Clark as the fourth official. 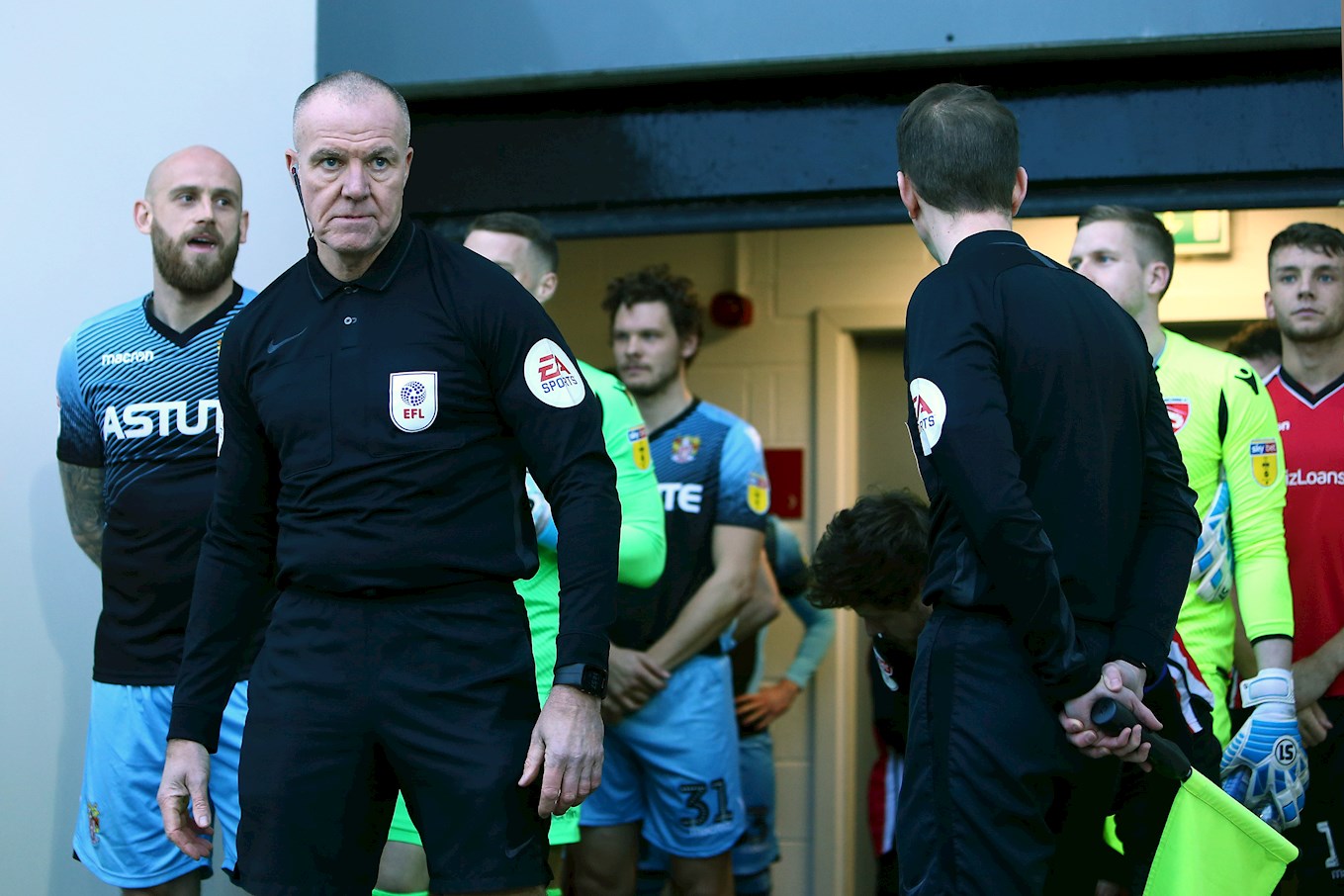 There will be a cash turnstile in operation for Burton Albion fans making a late decision to travel to today's fixture, although any Brewers fans that require an under 12s ticket on the day will need to go to the Scunthorpe ticket office.

Further details are available by clicking or tapping here.

Official club travel is available for today's game and last-minute bookings can be made, subject to availability. Call 01283 565938 or visit the Club Shop well in advance of the official departure time to book your place.

Today's game is NOT available for live streaming on iFollow Brewers to domestic supporters - but Brewers fans in the UK and Ireland can listen to full audio commentary with our service!

Subscribe to iFollow for £4.49 a month by clicking here and you can listen to full audio commentary from today's game via the official website, or the club's official app (available on iOS and Android)!