THE Brewers play the second of three consecutive away games today as we take on Shrewsbury Town at Montgomery Waters Meadow.

The Shrews and The Brewers have already met twice this season - with Albion running out 2-1 winners on both occasions.

Our first victory of the season came at Montgomery Waters Meadow in the first round of the Carabao Cup, the first win on our road to the semi-finals of the competition. 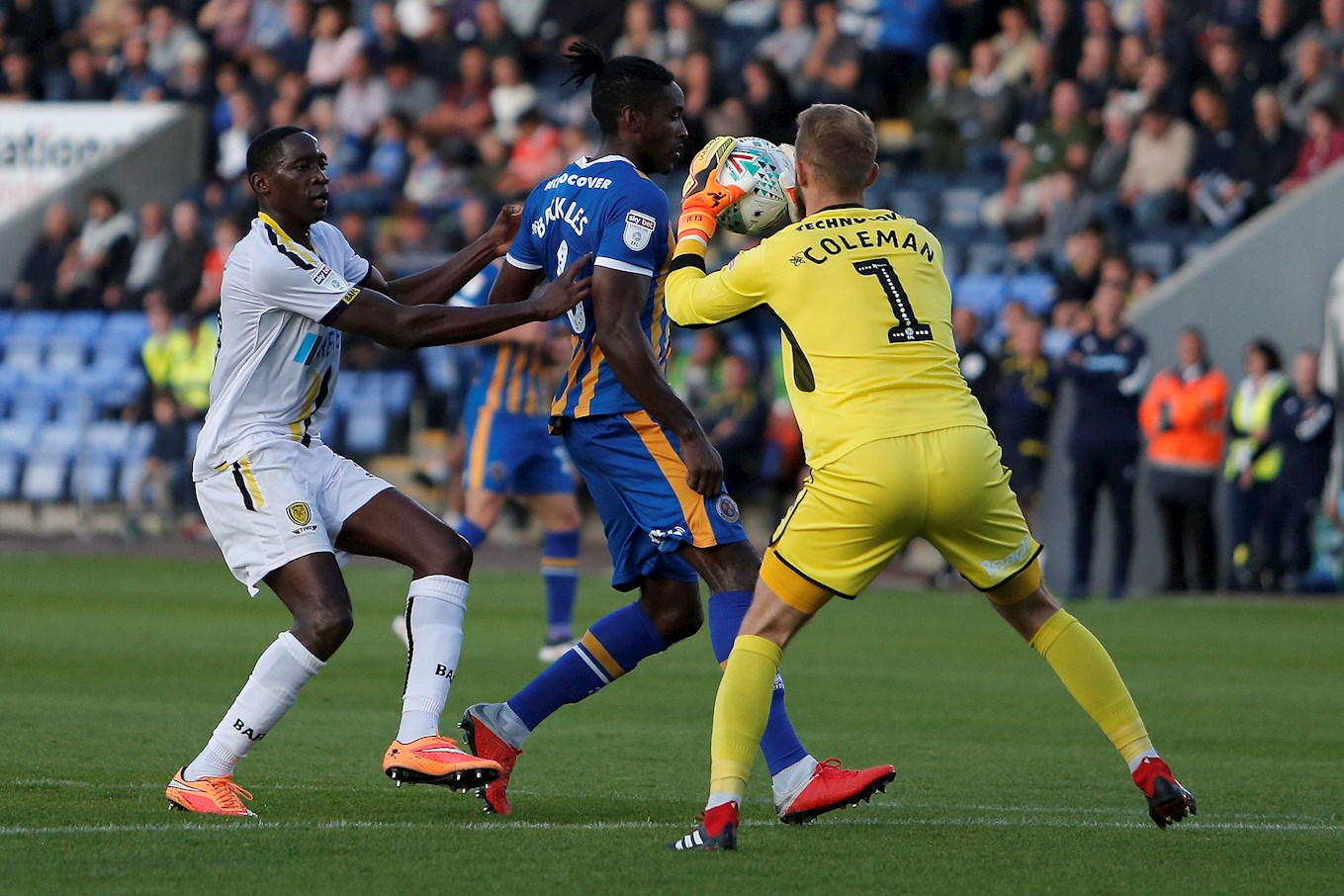 Despite going behind to a Shaun Whalley goal, Albion responded through David Templeton's first for the club and Lucas Akins grabbed the winner from the penalty spot in the second half.

When the two sides met in League One action at the Pirelli Stadium in December, Liam Boyce netted three minutes in with Scott Fraser following up as we won by the same scoreline - Feji Okenabirhie netting an added time consolation for The Shrews.

In the Football League years, it took Albion eight games to earn a win against Shrewsbury. We suffered four defeats and took three draws in that time before our first League Two win over Shrewsbury Town came in January 2015, George Taft netting the winner for Jimmy Floyd Hasselbaink's side.

In total, we have won four, lost five and drawn three of our games against The Shrews since 2009/10.

Josh Clarke (ankle) and Ben Fox (hamstring) are not expected to recover from injury in time for Saturday.

Brewers manager Nigel Clough says that both players remain “doubtful” for Saturday but says that “everyone else came through okay” after the victory at Wimbledon last time out.

Clough will have John Brayford back after the defender completed his one-match suspension for a red card in the home draw with Oxford but after the defence recorded a clean sheet at the Cherry Red Records Stadium has to decide whether or not to make a change.

Town will be without midfielder Dave Edwards, who was sent off in The Shrews' 1-1 draw away at Bristol Rovers for a lunging challenge and will be suspended for today's game.

Greg Docherty suffered an eye injury in that draw but has responded well to treatment, while Whalley made his first start for Town against Bristol Rovers and scored their only goal in the draw.

Sebastian Stockbridge is the man in the middle for today's game. The Tyne & Wear official has taken charge of 26 games so far this season in League One, League Two, the Carabao Cup, Checkatrade Trophy and FA Cup, handing out 78 yellow cards and one red thus far.

Stockbridge took charge of our 2-1 defeat at home to Southend United back in October.

The assistant referees will be Gareth Mellor and Steven Plane, while the fourth official is Christopher Kidd. 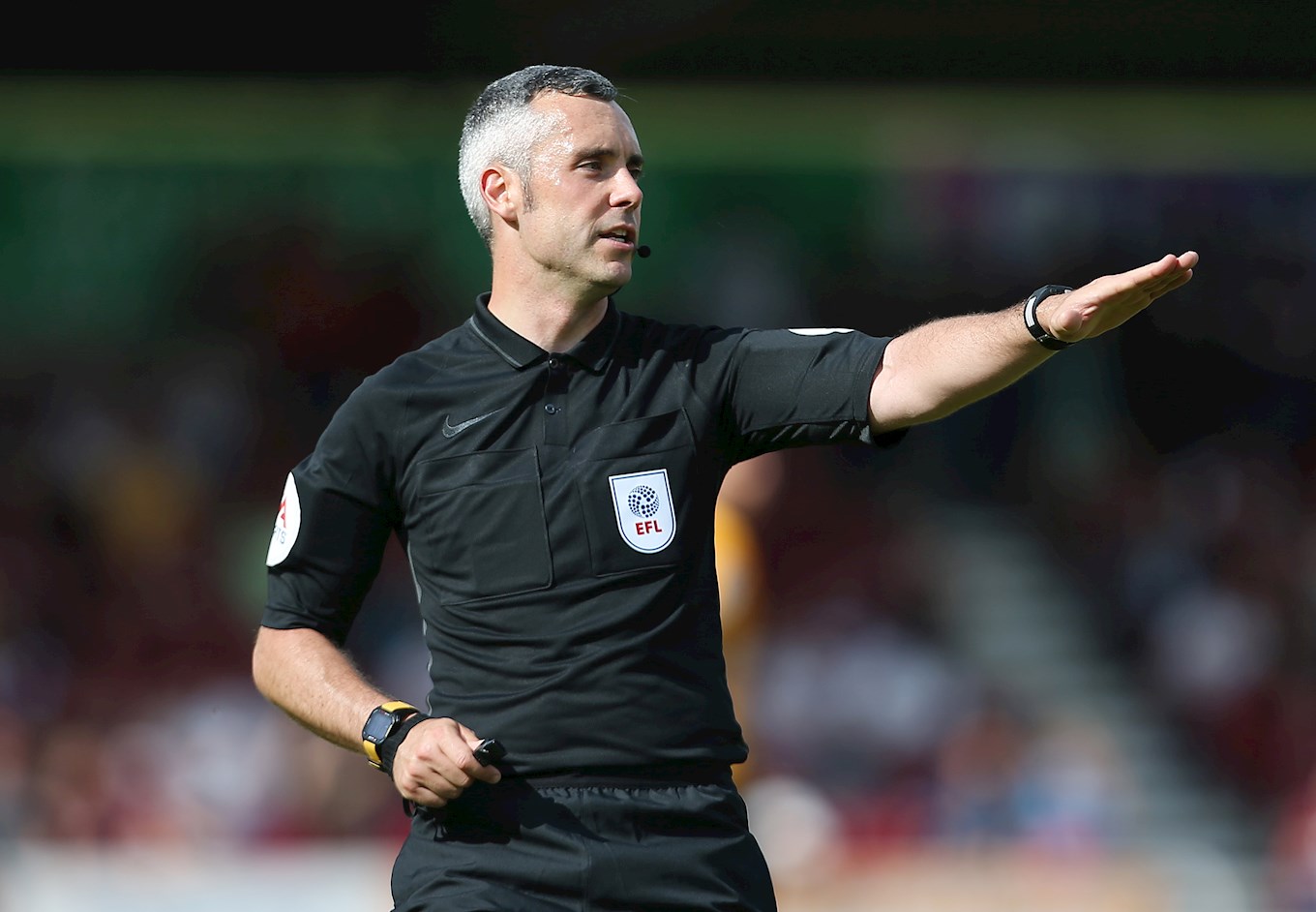 This game is NOT available for streaming on iFollow Brewers to domestic supporters, but iFollow subscribers can listen to full audio commentary on the website via Match Centre, or on the official Burton Albion app (available from the App Store and Google Play).

Supporters can follow all the latest developments via our text commentary feature on Match Centre, which you can visit by clicking here.

Overseas supporters can stream the game for a one-off £10 Match Pass, purchased via Match Centre.