Skip to main content Skip to site footer
Apologies, this video is unvailable. 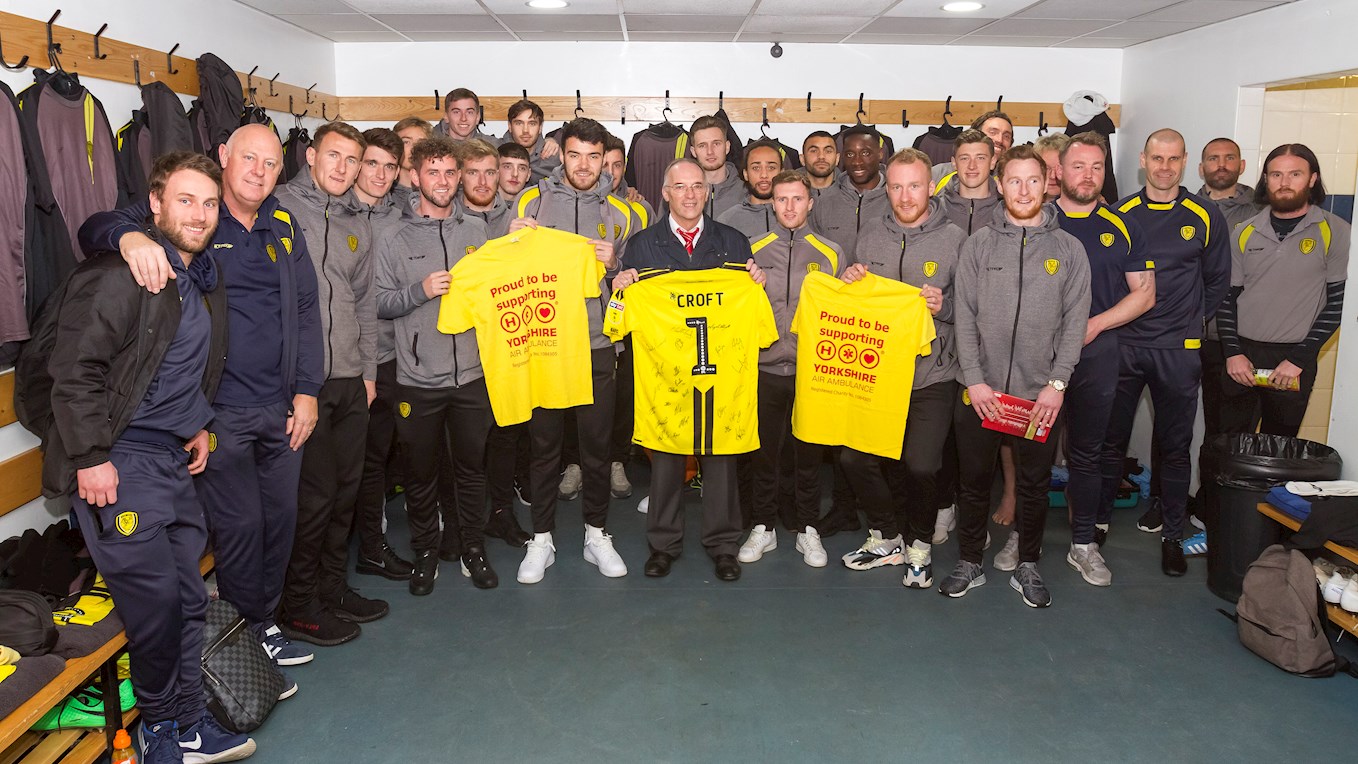 The Albion players spotted his distress last September and physio Nick Fenton raced over to give him medical attention.

The game was called off after the Air Ambulance came to Oakwell and was re-arranged and played last night.

Before the game Stephen, who is now on the road to recovery, came to the Brewers dressing room to meet the Brewers squad and receive an Albion shirt.

Nigel Clough said: “It’s lovely to see Stephen up and around and it has been an inspiration for the lads to see him tonight.”