THE Brewers will be looking to extend their unbeaten run in the league to seven games when they host Fleetwood Town at the Pirelli Stadium this afternoon.

10 meetings have taken place between the two sides since the start of 2012, of which the Brewers have won four.

The most recent clash took place in December of last year, when Albion were beaten 1-0 by a second-half Ched Evans amid treacherous weather conditions at Highbury.

Two tough away games this week have left Nigel Clough’s squad with knocks that may mean he needs to freshen the team up for today’s game.

Clough said: “There were a few knocks carried over from Saturday and a few more from last night. John Brayford felt his calf, Kyle McFadzean his groin, Marcus Harness came of with a tight calf, Will Miller and Scott Fraser got a couple of knocks and Stephen Quinn has been carrying a groin injury – so a lot of them have knocks.

“Liam Boyce will be fresh after playing 45 minutes, David Templeton will be as well. Ben Fox is now back in training, Damien McCrory is fit but Josh Clarke will be some time next week.”

Ross Wallace is suspended for today’s game, serving the first of a two-game ban after picking up his 10th yellow card of the season while playing for Fleetwood against Luton Town.

Michael Salisbury is the man in the middle today, while Stephen Wade and Alix Pashley are his assistant referees. Billy Smallwood is the fourth official.

Salisbury has refereed 13 League One games this season and has handed out 32 yellow cards, one red card and awarded one penalty. 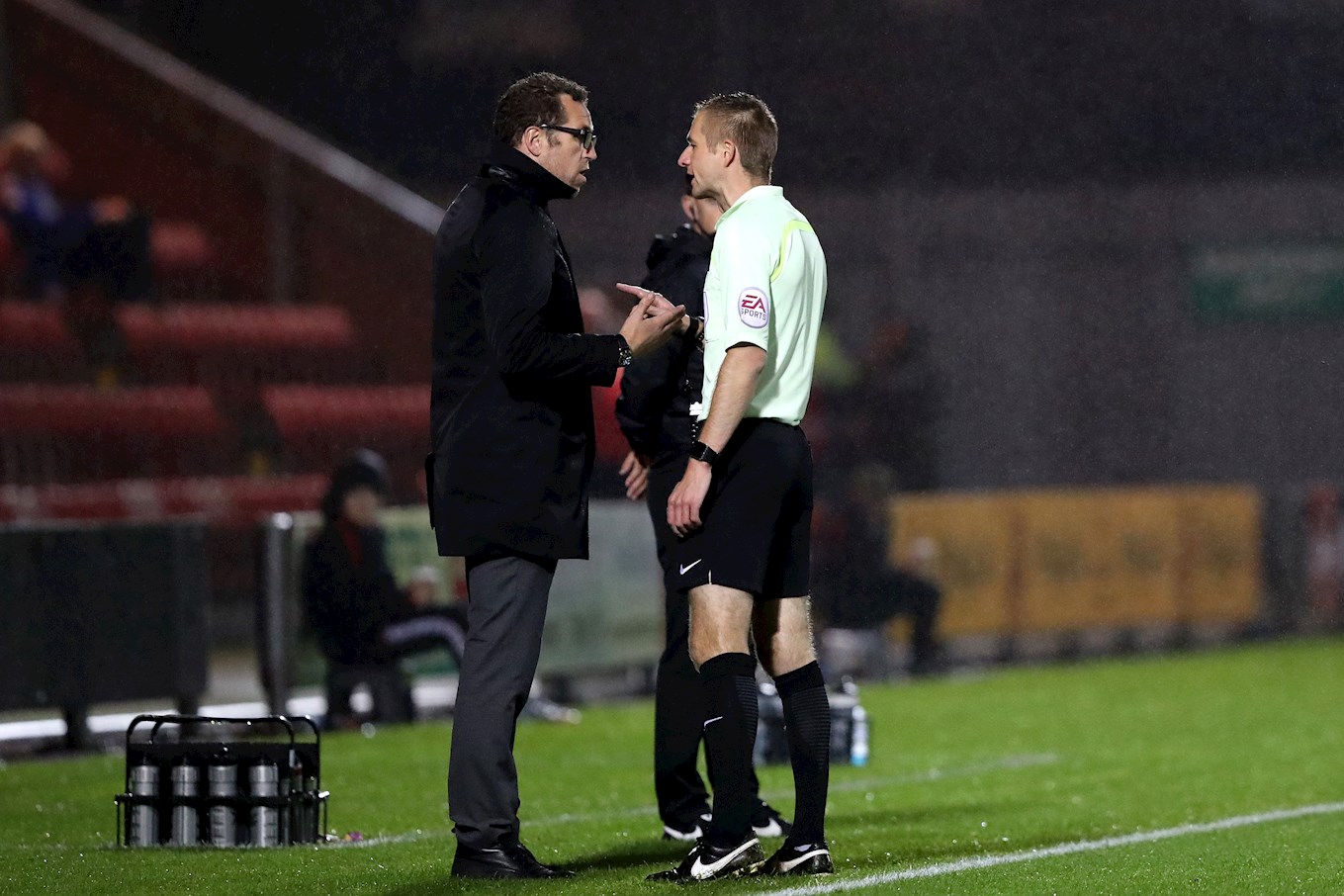 Home supporters making the late decision to come to the Pirelli Stadium and cheer on the Brewers will be able to pay in cash on the turnstiles.

Home supporters will be able to gain admission to the Don Amott and UK Waterproofing Solutions terraces, while away fans wishing to pay on the day for seats will have to buy from the ticket windows.

The special Family Day events are proving very popular at the Pirelli Stadium and this will be the second this season following on from the Bristol Rovers home game last October.

Activities will take place inside and outside of the Burton Albion Community Trust (BACT) building, starting at 1.30pm - including face painting, football on the 3G pitch, Burton Albion design competitions, inflatables and the chance to meet Billy and Bettie Brewer.

Our charity collection today is for Me and Dee. Based in Derby, the charity provides holidays for adults and children facing life threatening and life shortening conditions.

Please give generously to this great cause. The collection will be taking place around the main reception of the Pirelli Stadium prior to this afternoon’s fixture.