HAVING helped out around the Pirelli Stadium for the Carabao Cup semi-final second leg against Manchester City, it’s clear that the Academy u18’s are always there to support the club, and that doing so is a key part of being a Burton Albion player.

The Academy players supporting the first team on a matchday is nothing new. Supporters will be familiar with the sight of the Young Brewers attending matches as part of their football education, often acting as ballboys, while they also help to clear the dressing rooms after matches and each have tasks to support the general day to day running of the full-time Academy programme.

This had been the case in recent years with Academy graduates Marcus Harness, Ben Fox, Joe Sbarra and Reece Hutchinson having all done the same on their journey from Academy to First Team.

In winter, when temperatures are dropping below freezing, the Academy often lend a hand to the ground staff by helping to operate covers on the pitch pre and post-match.

This was the case before and after the first team’s Carabao Cup semi-final second leg against Manchester City, when the Young Brewers aided the ground staff in getting the pitch ready for the big game. 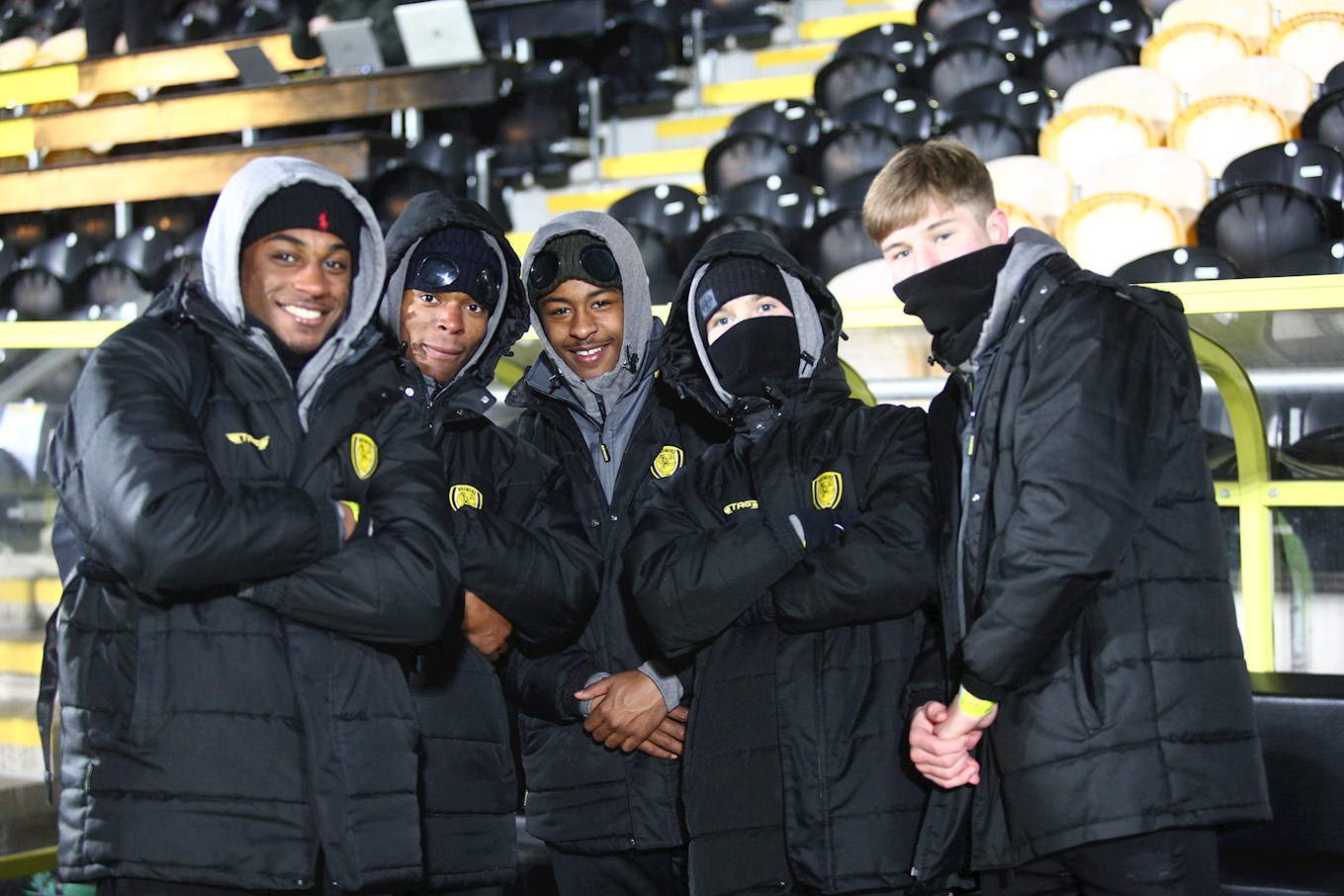 Sam Rose, Lead Professional Development Phase Coach, says that the size of the fixture did not dictate whether the players got involved, as the Academy are always keen to support the club in any way that they can.

He said: “Regardless of whether we are playing Manchester City in the semi-final of a national cup competition, it is good for the lads to be in and around the club, helping out. And it was a fantastic opportunity for us to witness close up how well the First Team played on the night against such a strong team, it was a fantastic example to our young players.

“It is important that they contribute to the club on a day to day basis, and that they are part of the fabric of the club. We also ask the players to be involved in initiatives delivered through the Burton Albion Community Trust throughout the year. We are committed to the development of the lads as better players and better people, and It is important that the boys show that they are hardworking young lads.”