ONE of Burton Albion’s leading players in the 1950s has returned to the football club to help him remember his days as a Brewers centre forward.

Now 93, Maurice is a resident at Cedar Court, a specialist dementia care home in Bretby.

He came to the Pirelli Stadium to meet Brewers Chairman Ben Robinson and Albion supporter Pete Thomas, who has a treasure trove of Albion memorabilia dating back to the days when Maurice was leading the Albion attack.

Maurice’s wife Patricia said: “He was besotted with football from a very early age and used to go to bed with his football boots round his neck. His mother said his only interest was football and it has been all our married life and we have been married 64 years.

“He has had a wonderful sporting life and played golf for 40 years as well. His other football clubs included Gresley and Stapenhill as well as the Brewers.

“He loved Burton Albion. After he finished playing, I sorted his draws out and I found all his cheques that he had never paid in the bank. He said: ‘Well they were hard up’ - but so were we and saving up for a home but he had never cashed them.

“He was known as a gentleman on and off the pitch and he still is. Maurice played because he loved football – never for the money. He got £6 a week not £60,000 he just always loved football from the day he could put a pair of boots on.

“He was a centre forward, always heading those big heavy balls and that’s why he has dementia

“I think the powers in football should help people like Maurice with their care.”

Burton Albion Community Trust will be supporting Dementia Awareness Week - which commences on May 20.

Lisa Beard, BACT Community Operations Manager, said: “We will be supporting the week in our Extra Time Hub sessions. Some of the participants who attend each weeek have dementia and we have tailored activities for them which they really enjoy.

“There will be lots of posts on social media next week and our Extra Time Hub participants will be raising funds that will go to Alzheimer’s Research.

“For the future we are planning more activities as part of our Extra Time Hub sessions that will support people and their carers who are living with dementia. We are also very proud that our staff have taken part in 'dementia friends' training which enables them to plan the sessions we deliver making them inclusive for participants."

Ben Robinson said: "I have known Maurice for a long time and along with a number of other ex-players we made him an a honorary vice president and he was a regular at all or home matches until recently. It’s great to have the opportunity to welcome him back and I hope it revived memories of his great playing days at Burton Albion.”

Below: Maurice (front centre) in his playing days. 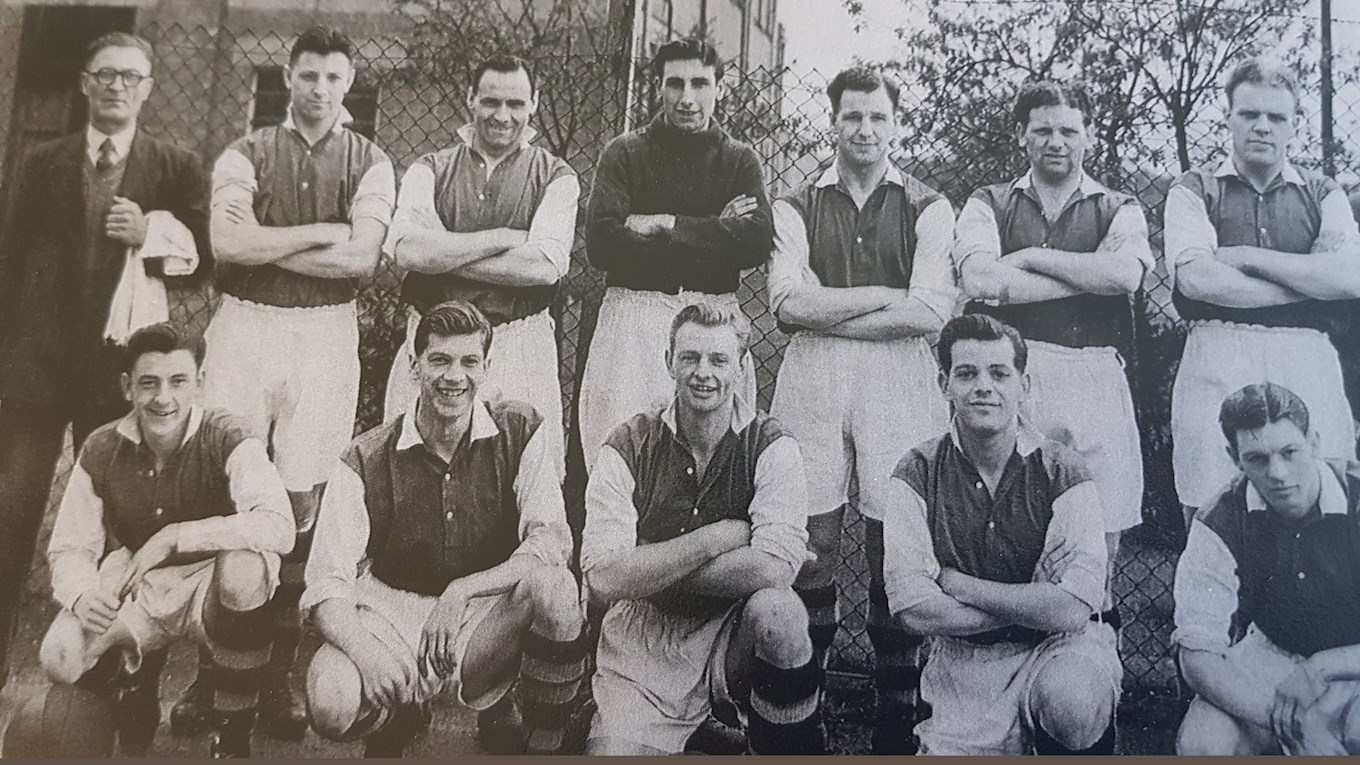