BURTON Albion kitman Rocky Hudson was not expecting to see his face adorning Wembley Way this weekend - until a member of staff sent him a picture to confirm it!

Rocky, one of the longest-serving members of staff at the football club, agreed to do a photoshoot with league sponsors SkyBet last month as part of a feature into fans and representatives from EFL clubs who regularly “step up” to support the club.

At the request of Chairman Ben Robinson, Rocky travelled to Sheffield to take part in the photoshoot but was unsure as to where or when the photos of him in his Brewers tracksuit would be used.

But during last weekends EFL play-offs, the pictures from that photoshoot were printed onto banners and boards that adorned the famous Wembley Way, the path that leads to the national stadium, ahead of the League Two, League One and Championship showpieces. 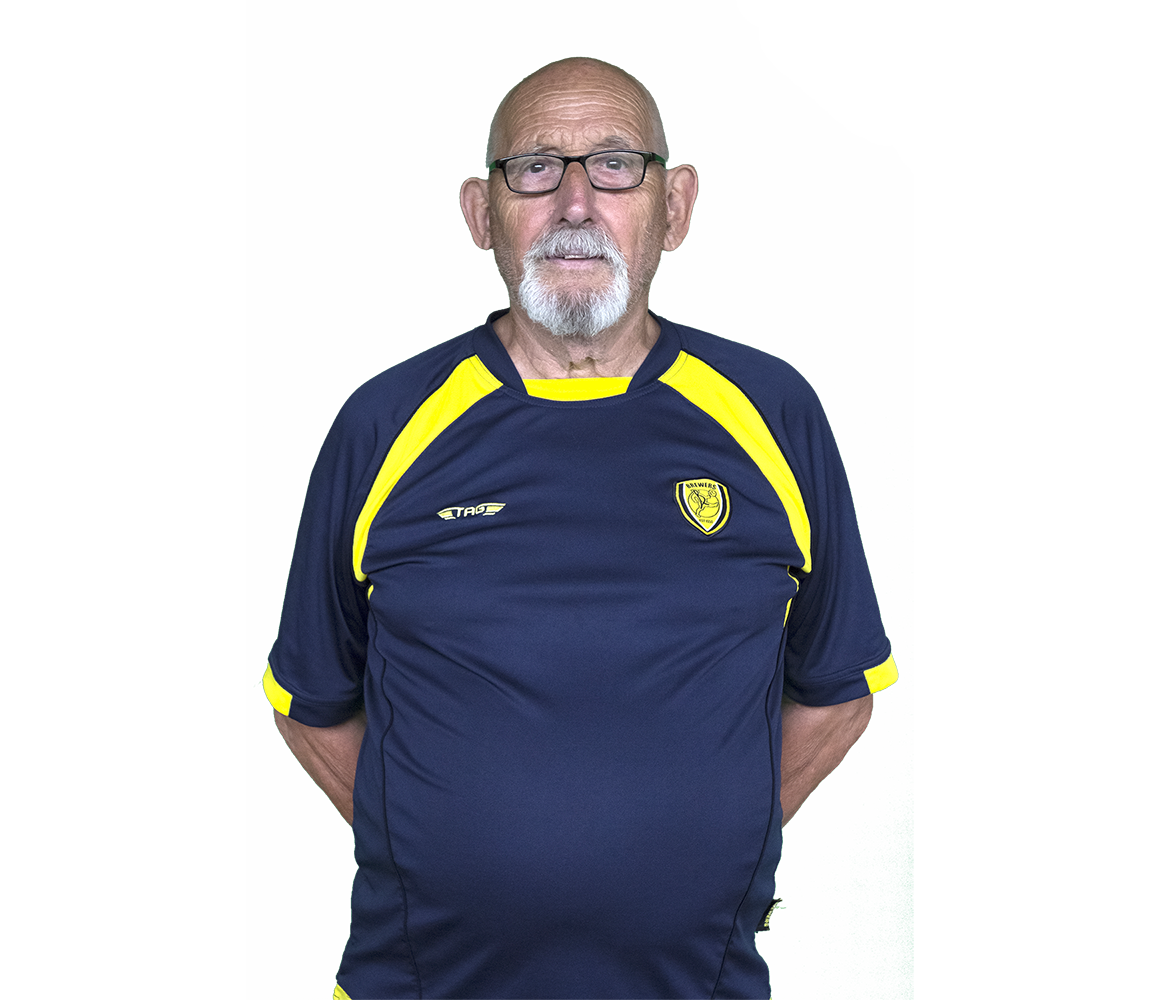 “On Sunday, Angela from our accounts department was at Wembley for the League One play-off final (between Sunderland and Charlton Athletic) and she sent me a picture of her with it!” said Rocky.

“That was the first I’d heard of the reason why we were doing the photoshoot!

“The day itself was okay. We had to drive to a studio in Sheffield for the photoshoot.

“The Chairman had rung me a few days beforehand and said they wanted someone to represent Burton Albion and that I was the one they’d like to do it. They arranged transport - because I’m not driving to Sheffield at my age!

“I appreciate the fact that he did think of me for it but first I did think he couldn’t get anybody else to do it, which is probably right! There were people from Sheffield, Peterborough, Carlisle - clubs galore.

“When the Chairman rang me this morning he said he hoped had done a bit of good, and I just hope it did Burton Albion a bit of good. I had my tracksuit top on and the badge was on it, so they know I’m from Burton Albion and hopefully we get a few new friends out of it.

“It was a proud moment. I don’t know how people feel who work for Burton Albion but I just plod on doing the laundry.”

Rocky is a familiar face to everyone around the Pirelli Stadium, working seven days a week to clean kits from the first-team through to the under-9s in our Academy, as well as helping to sort cloths and table covers from corporate events.

💛🖤 Great to see our beloved kitman Rocky adorning Wembley Way as part of a @SkyBet feature this weekend!#BAFC pic.twitter.com/uksOuocnLl

Popular with supporters, staff and the players, Rocky still enjoys his time with the club - though admits to not enjoying one particular game in 2014!

“I’ve just completed my 23rd or 24th year working for Burton Albion,” he said. “I’ve enjoyed 99% of it - just the odd 1% where I haven’t, like taking the wrong kit to Wycombe Wanderers!

“The referee, because it was on Sky, wouldn’t let us wear black socks because Wycombe were wearing dark royal and he said it was a clash of kit.

“It bothered me on the night because I hate to think I’ve made a mistake - which I hadn’t, because I looked in the handbook and they were down for sky blue socks, but they wore dark blue.

"We asked their kitman if they had any socks we could borrow, and they were these 30-years-old plain socks. They were a mess but we had to wear them!"