NIGEL Clough urged his players to end a tough week by booking a place in the FA Cup Third Round and got exactly the response he wanted.

The team dug deep to hold onto a precious first half lead to see off Oldham in the Second Round and earn a place in Monday night’s draw.

The Brewers manager said: “We are satisfied with the afternoon’s work which you have to put into context of the week we have had. To lose in such cruel circumstances at Peterborough, to bounce back and get two away wins has been brilliant from the players.

“We won it today at the start. For the first half an hour we were very good indeed and should have been more than one goal ahead with the situations we had especially down the left-hand side with Colin Daniel and David Templeton. The problem most of the season has not been converting them and that was the case today.

“But Liam Boyce got in the six-yard box and got on the end of a great team goal and that earned us the result.

“We got a bit sloppy at the end of the first half but started the second very well and could have scored again and then they got back into it and at 1-0 anything can happen.

“But we protected Kieran O’Hara and he had three or four saves to make but nothing serious.

“And Stephen Quinn was head and shoulders above everyone else on the pitch especially in the early period.

“We asked the players to go and get a result on the back of a very tough week anyway, anyhow and they did that.”

The Brewers are now in the hat for the next round.

Clough said: “The FA Cup Third Round draw is one of the most exciting times of the season for supporters with all the big boys coming in. We have had to work unbelievably hard in the first two rounds so we deserve a reward and we are overdue a home draw but, if not, we will take one of the big boys away.” 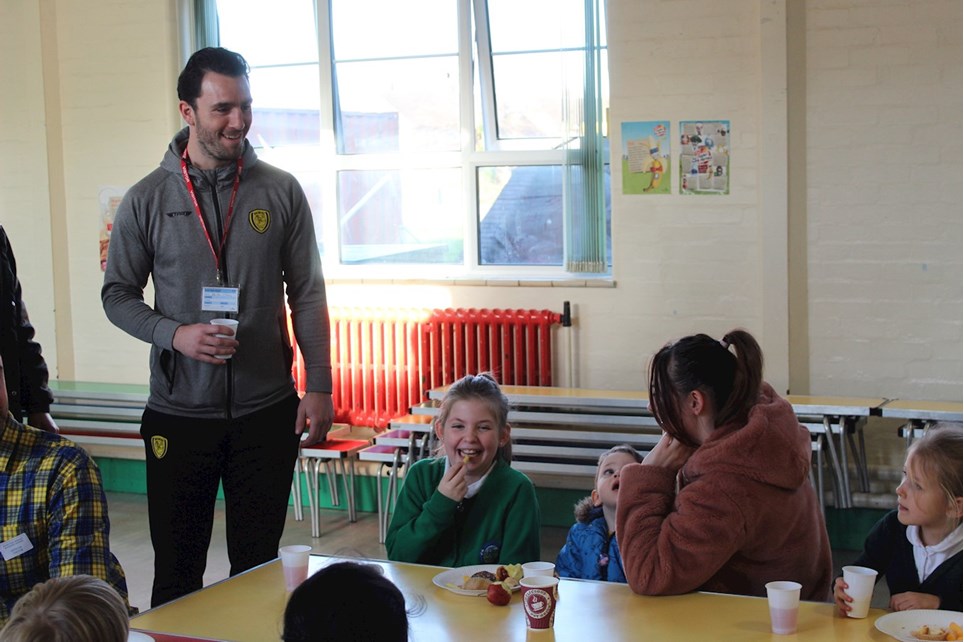 
FIRST team players Kieran O’Hara and John-Joe O’Toole have visited River View Primary School in Stapenhill, as part of a celebration event to reward pupils for their hard work and progression in PE...


NIGEL Clough says that three new signings have had a positive impact on his squad as they prepare for a push for a top six finish.


ETHAN Vale has had his loan deal at Newcastle Town extended until the end of the 2019-20 season.


JAMIE Murphy has looked ahead to this weekend’s match against Accrington Stanley, and he admits that he is looking forward to getting back into football since injury.