DAVID Templeton scored the Brewers’ only goal in their triumph over AFC Wimbledon on Tuesday night - and the winger felt Albion were good value for the win.

The Brewers are now back to winning ways thanks to a solid team performance and will now be looking to snatch a second home win this week when they take on Blackpool at the Pirelli Stadium on Saturday (kick-off 3pm).

Templeton has found it difficult to earn a spot in the team with injuries disrupting his season thus far, but scoring the winner and nabbing his first league goal of the season could help him settle back into the regular starting line-up.

Templeton said: “You need to be at your best and if you’re not, someone else will play. The lads in front of me were doing well so I couldn’t argue with any side the gaffer was choosing because the two playing in front of me were scoring and creating goals.

“I’ve always been one that wants to attack. My first thought is always to go forward, go at players, try and create or score goals and I will always be like that.

"I will never change my mentality.”

Stats say the Brewers had 17 shots on goal, eight of which were on target, to Wimbledon's eight in total, none of which were able to test Kieran O'Hara.

The side seemed to have put Saturday’s defeat at Fleetwood behind them – and Templeton says they were raring to go before the match.

"We felt good, we’d trained well and we always come into games at home feeling like we’re going to win," said the winger.

BACK THE BREWERS AGAINST BLACKPOOL 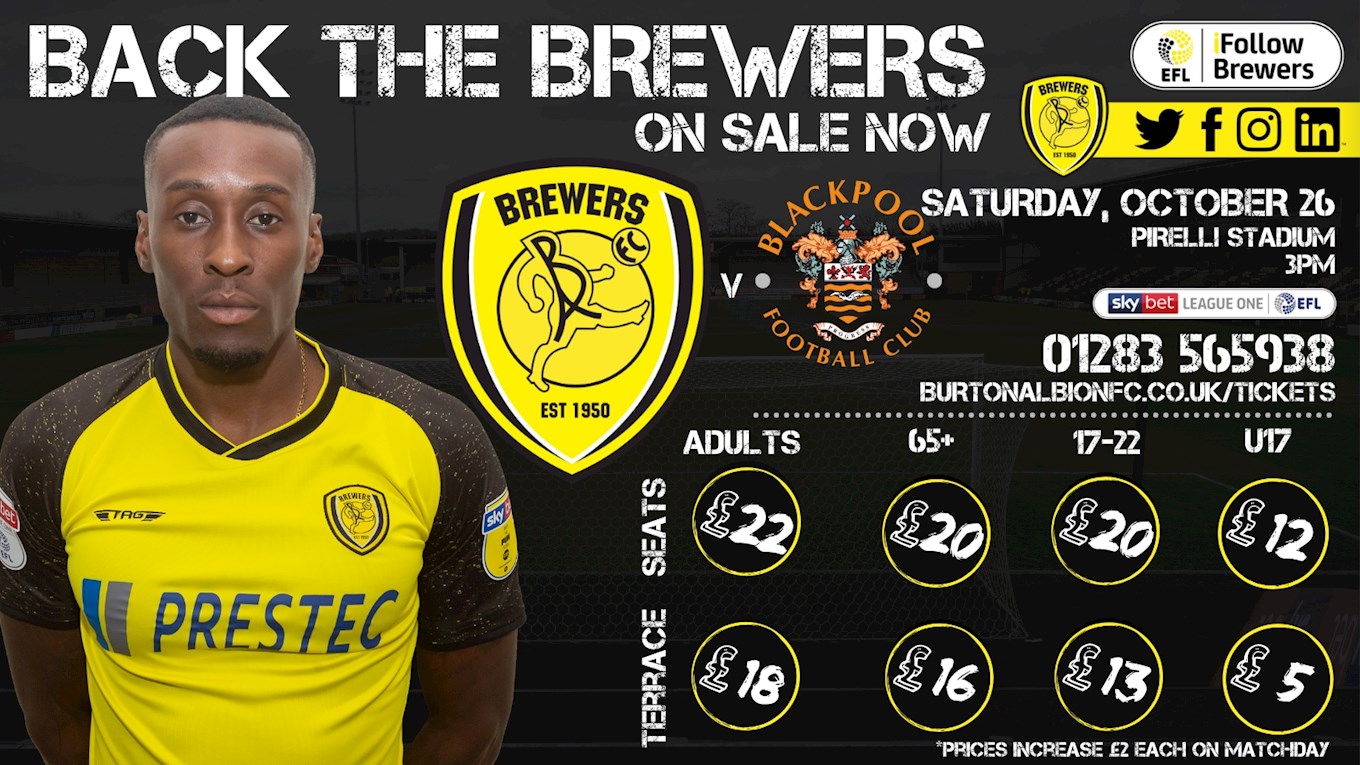 Tickets are now on sale for our home game against Blackpool this Saturday, October 26!

Get yours now by calling 01283 565938, by visiting the Club Shop at the Pirelli Stadium or online via the club ticketing office - click here!