Burton Albion midfielder Scott Fraser has previewed our Carabao Cup fourth round tie against Leicester City, and says that the squad are excited to be playing against a top three Premier League side at the Pirelli.

And Fraser is hoping that the home atmosphere will equal the stature of the game on Tuesday night.

Fraser said: “Hopefully it will be a sell-out crowd, and it is a chance for us to show what we can do. We are all excited about it, we have been since the draw happened.

“I think the big thing for us with these ties is that we’re at home, on our pitch with our fans.

“I think we saw it last year as well, with the teams that came down here and that we beat; they were all big clubs and hopefully it will be the same again tomorrow night.” 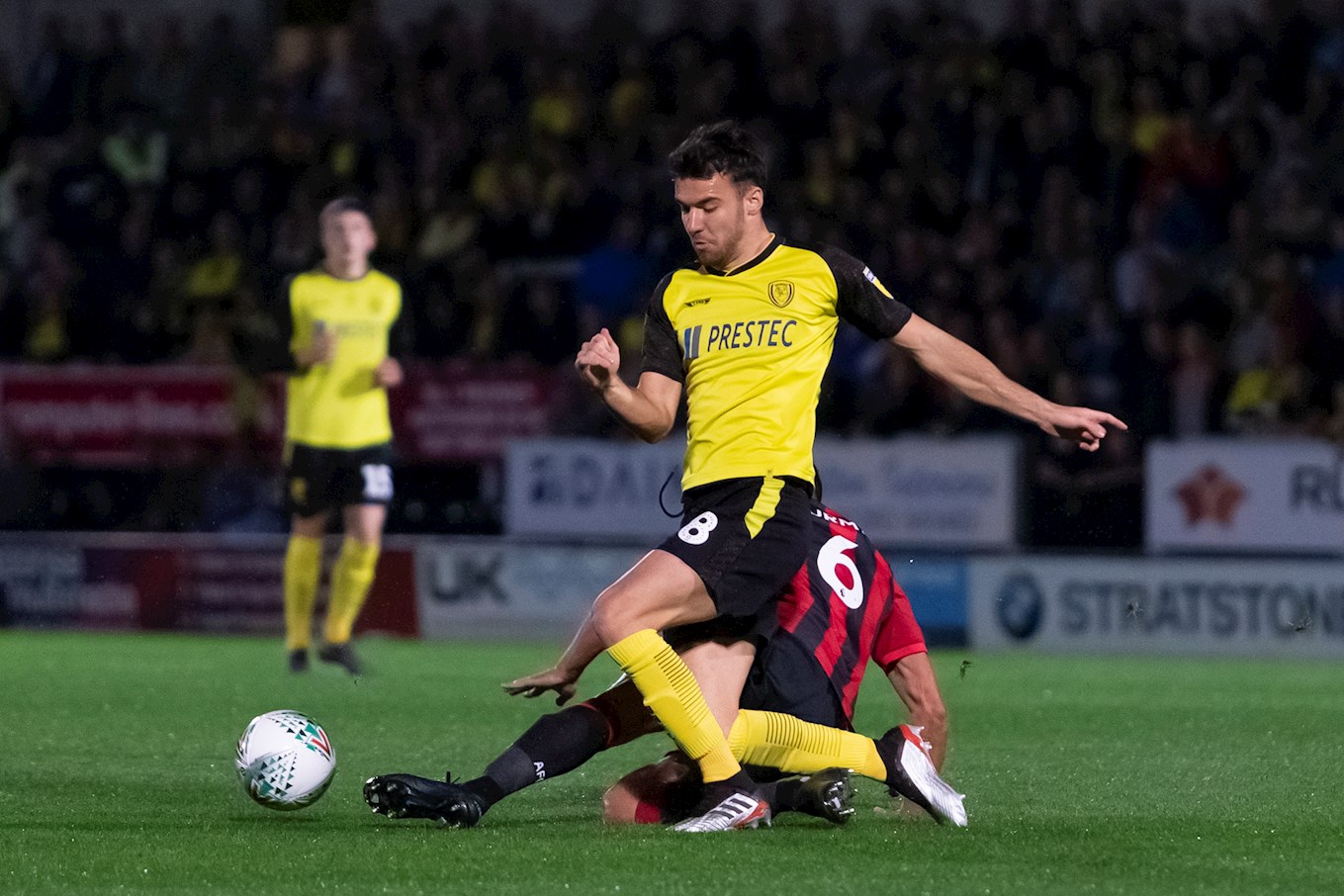 “When big clubs come to our place, we fancy ourselves.”

Fraser has a good pedigree in the Carabao Cup: scoring one goal and providing one assist in the cup this season, and scoring two goals and producing three assists last season also.

“It is a chance for us to show that we can step up and play against the players that are at a higher level than we are at the minute. Obviously for us younger players, it is the level that we are hoping that we can get to.”

When asked about the chance of playing against high-level Premier League sides, the 24-year-old midfielder referenced that this was one of the attractions of moving south of the border in the summer of 2018.

Fraser added: “It’s mad. I remember when I first signed, one of the big things that I was hoping for was a cup-run, so that I could play against the big teams.

“Last year went a little better than I thought, but it was brilliant and something that we can look back on to take our club tot he semi-final of a major cup. Obviously this year we have had a few hard games in the cup but ones that we have come through again.”

But Scott said the team remained wary of the threat that The Foxes pose, having come off a record-breaking result in their last league fixture.

“Obviously we have to respect how good a side they are and they got a good result on Friday night, sitting well in the Premier League at the minute ahead of some big clubs.

"I’ve watched them a few times this season, away to Chelsea, Manchester United and we watched the game on Friday night; they’re a very good team with very good players and a very good manager, so we will be expecting a tough game.

"But when big clubs come to our place, we fancy ourselves.”