The striker claimed his third goal of pre-season getting the final touch to Charles Vernam's low effort five minutes before the break and the side looked relativelhy comfortable for large parts of the game against a side from a division higher.

After three warm-up games in the familiar surroundings of St Georges Park Jake Buxton's new look Brewers faced a step up in opposition against the Potters as they continued their preparations for the 2020/21 season with the first competitive game in the Carabao Cup just a fortnight away and Albion's player-manager was delighted by what he saw from his new look side.

"I am delighted with the lads attitude. We have been banging the drum about that. The lads running around and putting their foot in, being organised so that when the supporters are allowed back in they can relate to our players" said Buxton.

"We need to a do a little bit more when we have the ball but without it, I am delighted with everything that the players are taking on, changes in formation, trying to secure the win and we made sure it was real for the lads that even though it was a friendly they understood that we wanted to find a way to win right from the pre-match meeting through to out on the pitch, it was all about winning the game."

Albion lined up in a familiar 4-3-3 formation with summer signing Neal Eardley slotting in at right back , Kieran Wallace lining up at left back with John Brayford and John-Joe O'Toole partnered at centre back. Michael Bostwick lined up just in front of the back four giving Stephen Quinn and Joe Powell licence to support the front three of Kane Hemming, flanked by Lucas Akins and Charles Vernam.

A Stoke side with plenty of Championship experience under its belt started briskly but despite early pressure in and around the Burton box, young keeper Teddy Sharman-Lowe remained realtively untroubled. Indeed it was Stoke keeper Adam Davies forced into the first meaningful save of the game on ten minutes when Vernam's raking crossfield ball eluded Morgan Fox and allowed Akins to drive into the box and force a decent save from the keeper.

Stoke looked lively when they upped the tempo and Tommy Smith almost got inon the right hand side on 27 minutes skipping past a couple of challenges before Bostwick came across to prevent the full back from delivering a telling cross into the six-yard box.

And towering centre back Danny Batth was unable to steer a header on target just after the half mark as Stoke tried to capitalise on a dubiously awarded corner kick. Again Sharman-Lowe remaining largely untested.

Albion were handed a good chance to take the lead on 40 minutes when Hemmings was clumsily bundled over just outside the box by keeper Davies and the keeper didnt exactly cover himself in glory from Powell's free kick, shovelling the ball out at his near post. When the Brewers got a corner out of the situation Vernam's low goal-bound drive into a crowded six-yard box was touched into the back of the net by HEMMINGS.

The start of the second half saw a change in goal for Albion with Ben Garratt taking over from Sharman-Lowe who had looked calm and collected in the opening 45 minutes. Stoke almost found an equaliser inside three minutes of the restart but from a similar position to Vernam, just inside the box, Potters skipper Sam Clucas lifted his effort over the bar.

Benik Afobe had a clear sight of Garratt's goal on 58 minutes but dragged his effort across goal and wide of the far post, oblivious to the fact that the assistant had flagged him offside.

Both sides began to make changes and it was the pace of Tom Ince that caused a problem for Albion's Tom Armitage, on at left back in place of Wallace, on 63 minutes but having cut infield the former Derby midfielder blazed his effort wide of the target.

Chances started to come for the home side and Garratt showed good hands to hold on to a low drilled effort from James McClean on 66 minutes before Davies at the other end also showed some smart goalkeeping skills to beat away a fiercely struck effort from Powell from inside the box.

Both Ciaran Gilligan and Tom Hewlett, got twenty minutes of game time, a move which also led to a change of shape to a 3-4-1-2, Gilligan sitting deep in midfield in place of Quinn and Hewlett joining Akins in attack. Hewlett soon made his presence felt with a stinging shot from just inside the box that Davies was grateful to hang on to at the second attempt.

A loose ball in midfield from O'Toole allowed Stoke to break at pace on the Albion goal and substitute Tashan Oakley-Boothe provided the support for Ince before forcing Garratt to make a smart save at his near post.

Ben Hart and Jevan Anderson also got some minutes under their belt in place of Vernam and Powell which again meant that Albion's formation had to show some versatility switching to 5-4-1 for the closing stages, both slotting into unfamiliar midfield roles as Albion, ultimately saw out a clean sheet and a promising pre-season performance resulted in victory.

The Brewers continue their preparations for the new campaign with another behind closed doors game against newly-promoted Championship side, Coventry City, on Tuesday evening at the Pirelli Stadium. 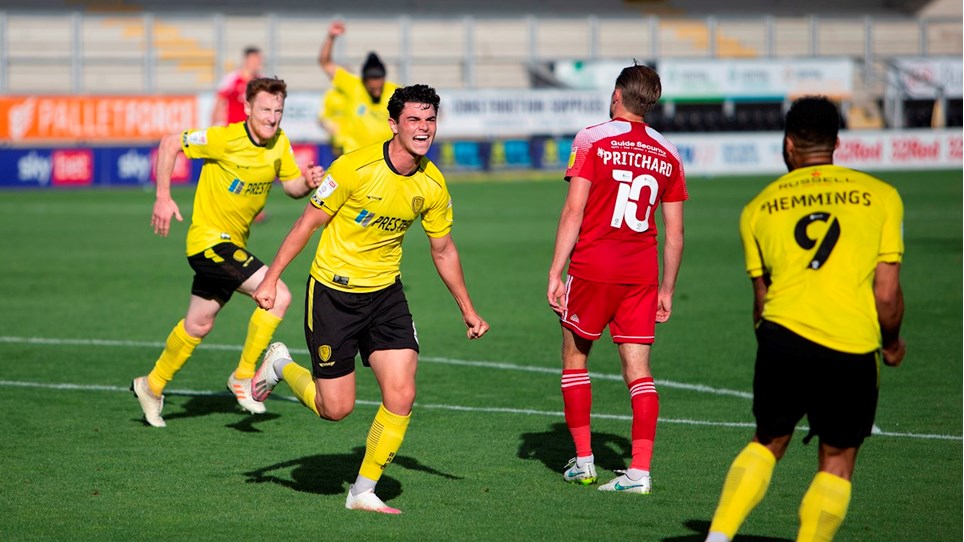 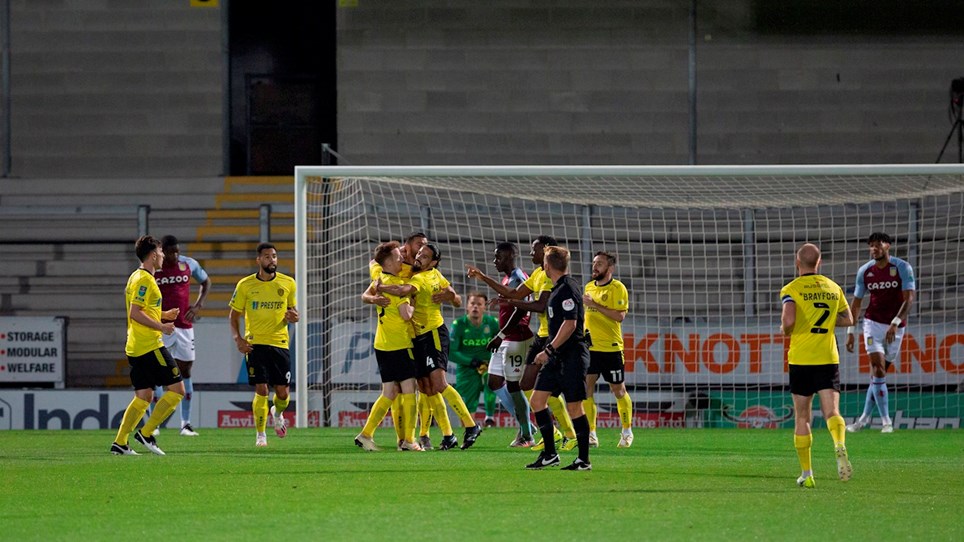 
ALBION bowed out of this season's Carabao Cup at the second round stage as Premier League side Aston Villa eventually eased through with a 3-1 victory.


BURTON Albion suffered a 2-1 defeat on the opening day of the 2020/21 Sky Bet League One season away at Fleetwood Town.