JAKE Buxton says he senses a growing confidence in his Brewers squad after picking up four points in the last two games.

A 4-2 victory at home to Charlton was consolidated with a point at Sunderland on Tuesday.

Buxton said: “We are a really confident group now and training has been top notch. We are really positive going into Saturday’s home game with Crewe.”

Crewe will be boosted by a come-from-behind midweek win.

Buxton said: “They are all tough games – all opposition in League One pose a threat. Crewe dominated the ball on Tuesday night against Swindon having more than 500 passes and after going two goals down won 4-2 so they will be in good spirits as well.

“But it’s mainly about ourselves and our preparation. We have prepared well over the last two fixtures and the players have performed well.

“We give the players information in terms of how we think we can beat the opposition and how we can stop them, but you need to back that up with results. The character within the group has always been good, it’s about believing in each other and that we can win games.

“Now I sense the confidence is growing after Charlton and getting another point away at Sunderland was massive for this football club.” 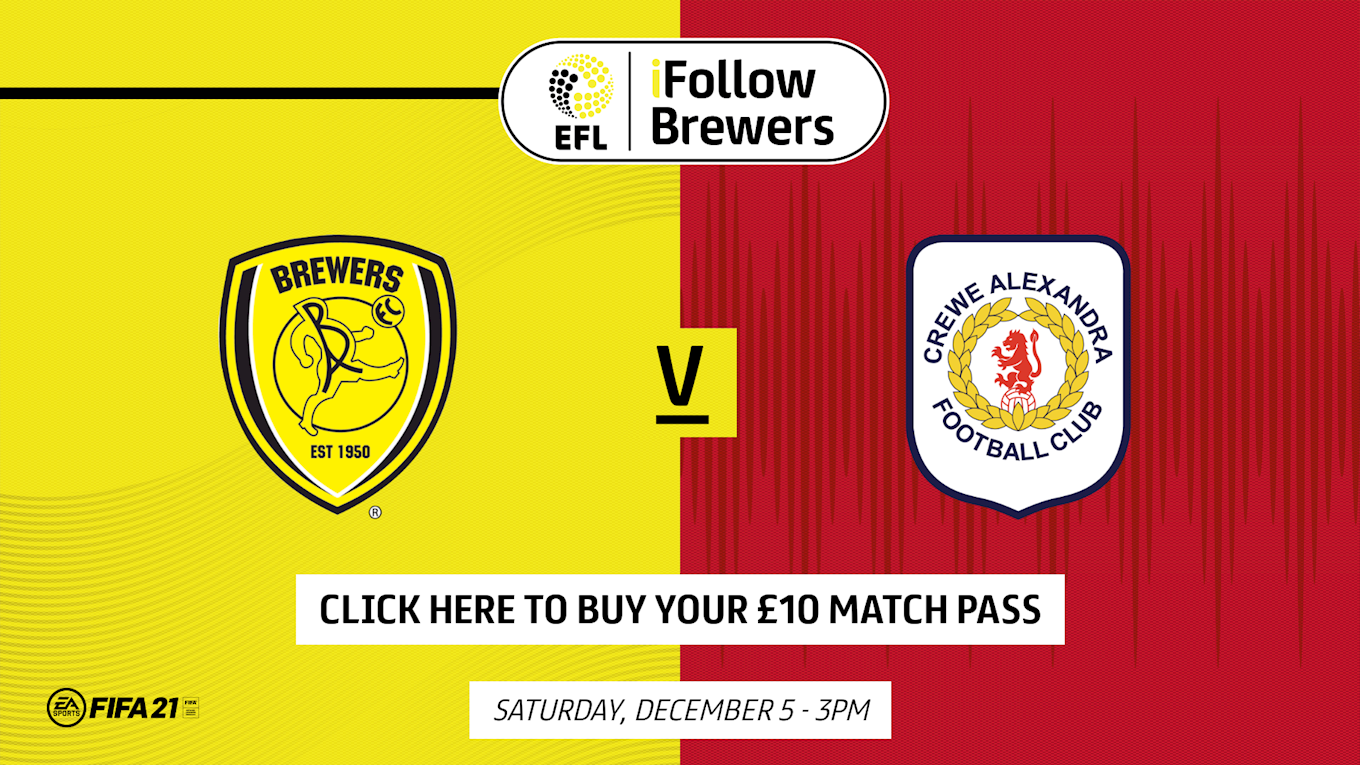 Buxton was particularly pleased with the defensive side of Tuesday night’s performance.

The Brewers will be without striker Kane Hemmings again on Saturday but he is improving.

Buxton said: “Saturday might be a little too early for him but he’s coming along quite nicely and was back out on the grass today training with Nick Fenton and we will monitor him and see where he’s at next week and if he can be available for MK Dons.”