AFTER the success of last season, Burton Albion’s Corporate Five-a-Side is back - and you could be part of the action!

There are only a handful of places left for your business to be involved, with the rare opportunity to be able to play on the Pirelli Stadium pitch, which has hosted the likes of Premier League Leicester City and AFC Bournemouth this season.

A total of 20 teams took part last May in the first Corporate Five-a-Side with JCB emerging as the winners.

This year’s tournament will take place on Friday, May 15, with the teams split into groups and the winners going through to the knockout stages.

The draw will be made in advance of the tournament at the Pirelli Stadium with Brewers manager Nigel Clough and Burton Albion first team players pulling the numbers out of the hat.

The tournament will again be sponsored by Booker Wholesale.

Burton Albion Commercial Director Fleur Robinson said: “It was a fantastic event last year and we are delighted to be able to host it again.

“The businesses who took part in the event really put the community at the heart of what they do, as we do at Burton Albion Football Club and Burton Albion Community Trust. The money raised went to support important projects for people in our community.

“And we now look forward to another successful tournament in May.”

Is your business ready for the challenge? It promises to be a great day out which includes a four-course meal alongside special guest and Premier League referee Kevin Friend, who will be guest speaker but also the match official for the final.

For more information and to include your business’s team in the competition, please email raj.athwal@burtonalbionfc.co.uk or call 01283 565938. 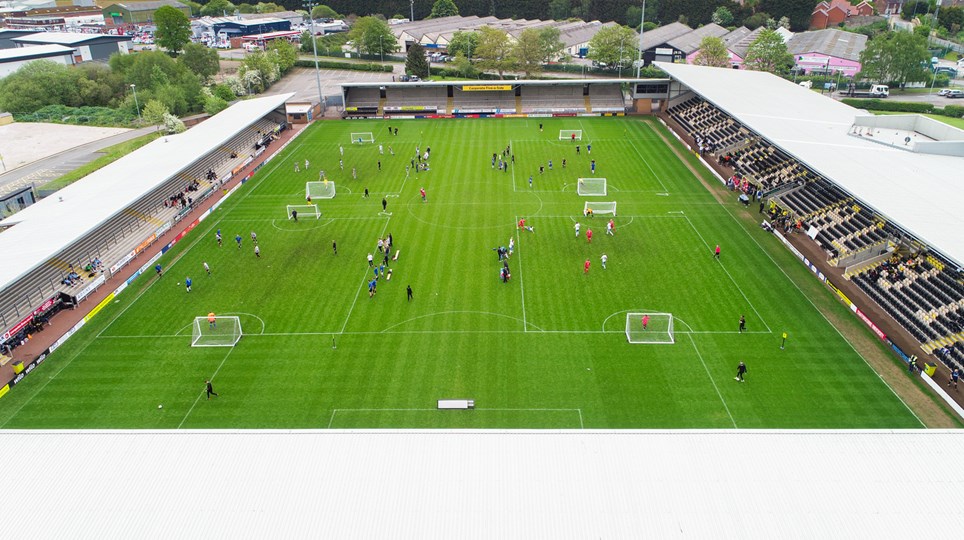 
BURTON Albion’s Corporate Five-a-Side event last week was a huge success - and Mark Zaccaria of Aerial Photography Work was there to capture the day from a very unique angle! 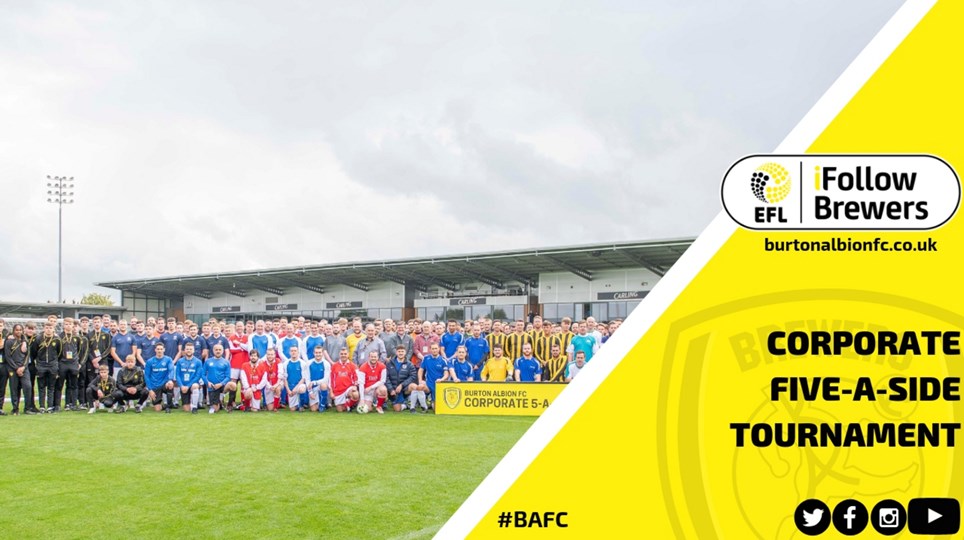 CORPORATE FIVE-A-SIDE TOURNAMENT RAISES £5,000 FOR BACT - AND SAVE THE DATE FOR SEPTEMBER


LOCAL businesses have enjoyed an unforgettable day of football at our Corporate Five-a-Side tournament at the Pirelli Stadium  - with £5,000 raised for Burton Albion Community Trust’s disability... 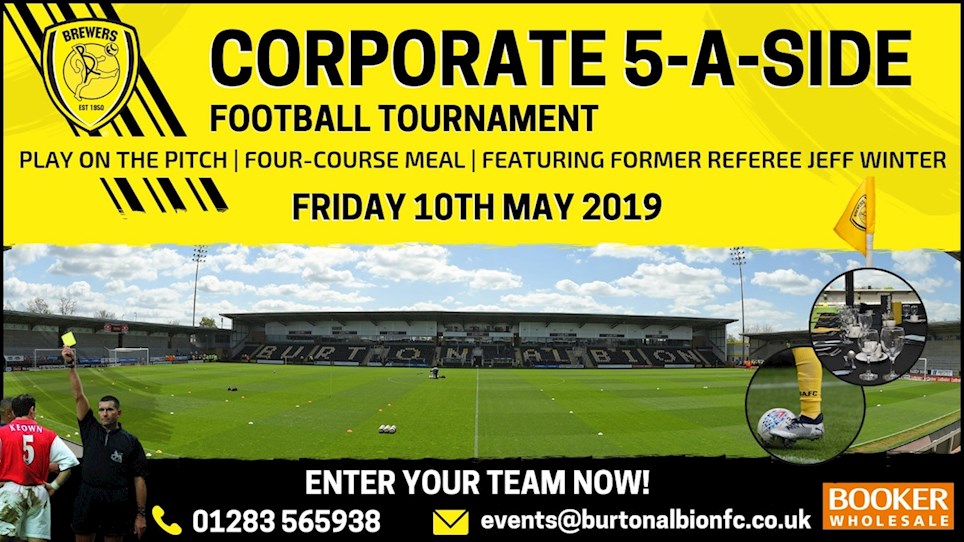 
A RARE chance to play on the Pirelli Stadium pitch has seen businesses rushing to sign up for a special tournament. 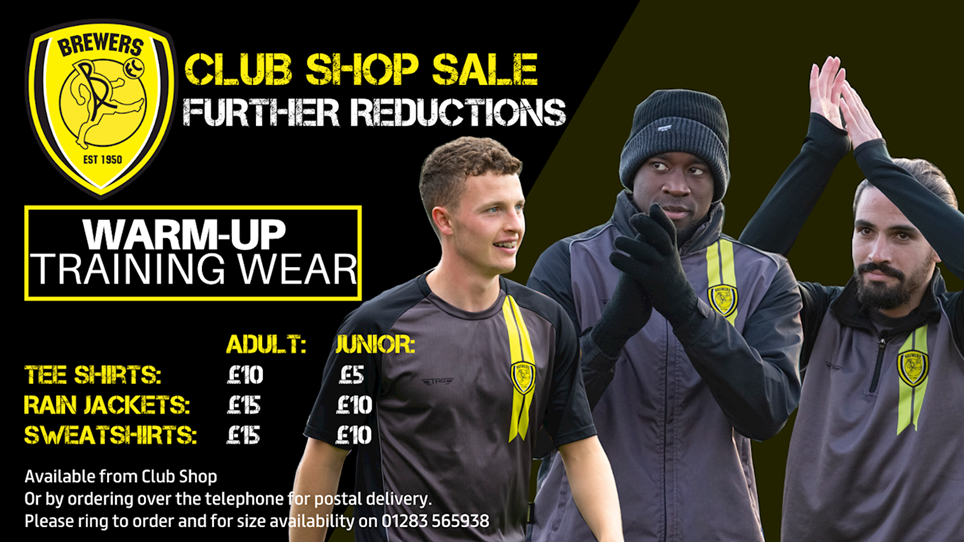 
THERE are plenty of bargains to be had in our Club Shop sale - and now warm-up training wear has been reduced even further! 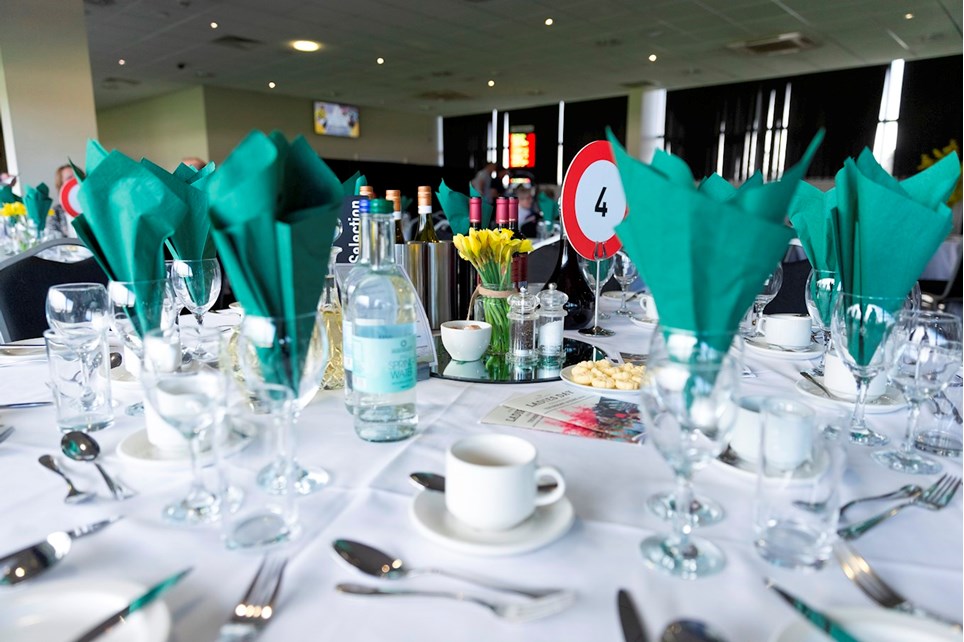 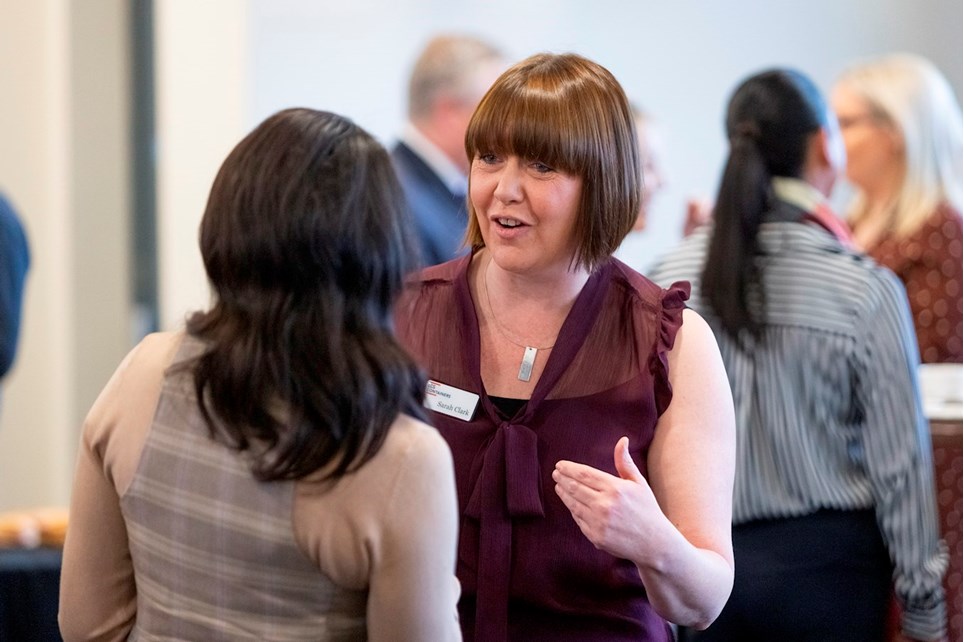 
BURTON Albion hosted the latest of its Club Albion breakfast meetings at the Pirelli Stadium last week, where business representatives were able meet, network over breakfast and hear from guest... 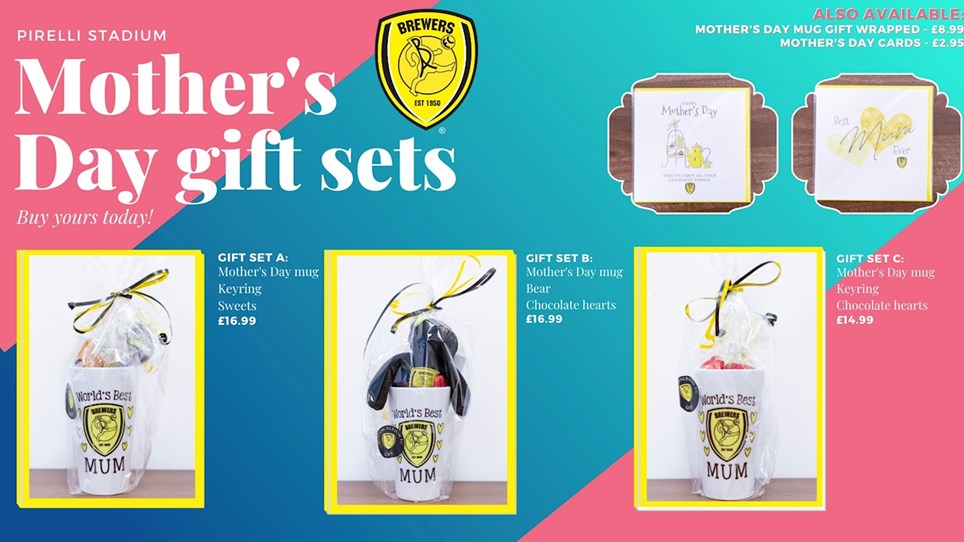 
TREAT your mum this Mother’s Day with Burton Albion’s range of special gift sets and cards, all available now from the Pirelli Stadium’s Club Shop!