SOUTHEND United are the destination for the Brewers this weekend, as we make the second of back-to-back long distance away trips. Find out all you need to know ahead of the fixture in our preview here.

Prior to kick-off, there will be a minute’s applause for 14-year-old Lily Wythe, who sadly lost her battle with cancer last week.

The Brewers have faced Southend 17 times since 2010 and the Brewers' second season in League Two, winning seven, drawing four and losing the remaining six.

This season the Brewers were pegged back at home by a resilient Shrimpers side, who scored first before a Scott Fraser free-kick allowed Albion to share the spoils.

Kieran O’Hara is the first on the list of injuries having come off shortly before half-time against Ipswich Town last week. Therefore Ben Garratt looks likely to take the place of the Manchester United loanee ‘keeper.

Further doubts are Jake Buxton, Colin Daniel and John-Joe O’Toole. Colin is back in training but remains a doubt, whilst Jake is struggling due to a rib injury and John-Joe due to a groin problem respectively.

The signing of Patrik Gunnarsson on an emergency loan will see the Brentford ‘keeper start for Southend United this weekend, after Mark Oxley was confirmed as being out for a number of weeks due to a thigh injury.

Brandon Goodship and Jason Demetriou missed out on Tuesday during the Shrimpers’ defeat to Gillingham but both will be looking for a return, whilst the Brewers’ Conor Shaughnessy looks likely to face up against his brother Joe tomorrow afternoon who is also likely to return to Southend's squad.

This weekend’s referee will be Craig Hicks, assisted by Leigh Crowhurst and Stuart Butler, whilst the Fourth Official will be Nigel Lugg.

Having refereed 11 League One matches this season, Hicks has awarded a total of 40 yellow cards, converting three of those to red cards, with one straight dismissal and three penalties.

Hicks last officiated the Brewers in our 2-2 draw away at Portsmouth on September 17.

Tickets will be located in the North Stand, which is unreserved covered seating.

Prices noted in bold are the pay-on-the-day prices, where Brewers fans will be able to purchase their tickets tomorrow from 1pm at one of the two away ticket windows.

**Please note the emergency services price is NOT available on matchday for home or away fans so need to be purchased in advance.

Tickets can be purchased by calling 01283 565938 or visiting the Club Shop at the Pirelli Stadium during normal opening hours - or you can visit our online ticket store and buy your tickets here.

This game is not available for streaming domestically but you can buy an audio only pass for £2.50 HERE. 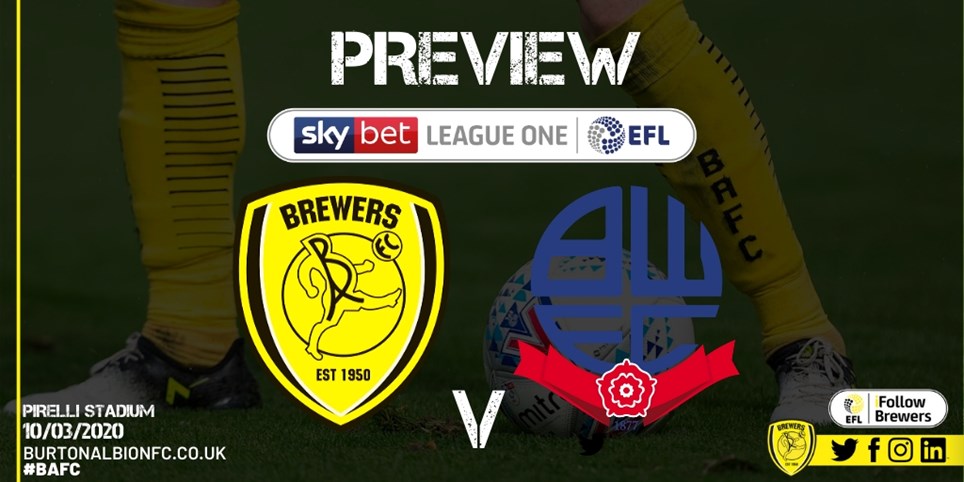 
BURTON Albion Ladies are set to return to league action against Leafield Athletic this weekend, after poor weather has hampered their recent schedule of fixtures.