BURTON Albion return to Emirates FA Cup action tomorrow, hosting Northampton Town at the Pirelli Stadium in the Third Round of the competition. Find out all you need to know in our match preview here.

Kick-off for the game will be 14:01, as part of the Heads Up campaign’s Take A Minute initiative.

The Brewers have met Northampton Town on 12 previous occasions, but this will be the first time in a cup competition. Of our previous encounters, the most recent came in the 2014-15 season; a 3-1 away win in October 2014, and a 3-1 home win in the last home game of the League Two title-winning campaign.

Overall, the Brewers have won six of the 12 meetings with the Cobblers, whilst drawing three and losing three respectively.

The Brewers will welcome the return of John-Joe O’Toole, following his six-game suspension after being sent off against Lincoln City. He comes back into the squad just in time to meet his former club. Nigel Clough is also hopeful to have Kieran Wallace return from illness, but Jevan Anderson and Nathan Broadhead are not expected to return from injury.

Experienced midfielder Alan McCormack has an "outside chance" of being fit for Sunday's game, having been withdrawn during the Cobblers' game against Crawley Town on Boxing Day with an unspecified injury.

But manager Keith Curle has said McCormack will train Friday and Saturday with a hope of being fit to face the Brewers. 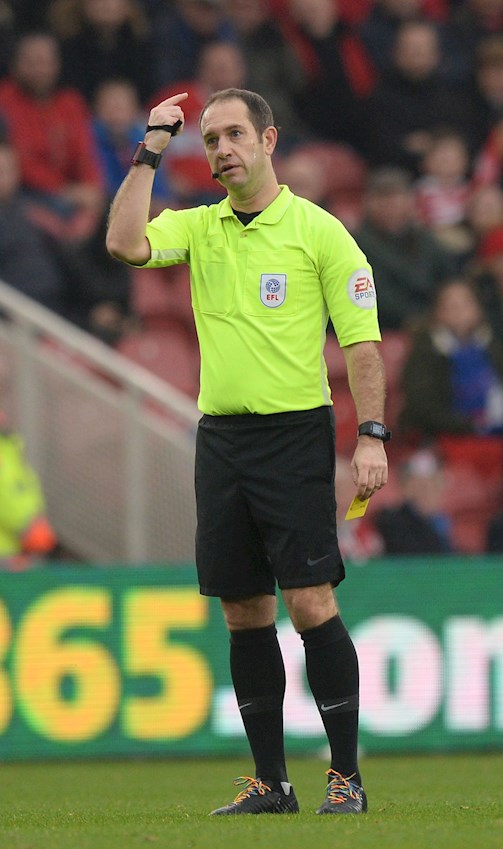 Our Third Round tie against the Cobblers will be officiated by Jeremy Simpson of Lancashire, assisted by Declan Ford and Billy Smallwood, with Benjamin Speedie as the Fourth Official.

Mr Simpson has taken charge of 15 games this season, but this will be his first FA Cup match of the campaign.

Of those 15 games, 13 were EFL Championship fixtures, with one SkyBet League Two fixture and one Carabao Cup fixture making up the full total.

Fans can pay with cash on the turnstiles for the UK Waterproofing Solutions Stand (Popside), and the Don Amott Stand (behind the goal).

Cash on the turnstiles for this fixture is available for home fans only; away fans will need a ticket in order to gain entry to the ground.

This game is not available for streaming domestically but you can buy an audio only pass for £2.50 HERE.