The Aussie outjumped the Town defence with a minute of the game remaining to guide home a cross from substitute Liam Boyce and send the home fans on their way filled with elation after a game where chances were at a premium in a game where defences and midfielders prevailed in the main.

Albion had the better of the chances and were rewarded for their persistence as they sealed their victory with a welcome clean sheet as well against a Fleetwood attack that rarely threatened.

Albion's starting team showed two changes to the line-up that played against Northampton in the FA Cup. With Richard Nartey still struggling slightly with his hamstring there was a return for John-Joe O'Toole in the heart of defence and at the other end of the pitch Oliver Sarkic partnered Lucas Akins as Liam Boyce dropped to the bench.

On a zippy surface both sides started to pass the ball around at pace but it was the visitors with the first strike in anger at goal. Fleetwood worked the ball quckly from left to right finding right back Lewie Coyle in space and able to set himself for a shot from the edge of the box that fizzed wide of Kieran O'Hara's right-hand post.

But Albion built their own spell of pressure and both Sarkic and John Brayford saw efforts deflected as Town threw bodies in front of efforts on goal.

A decent chance came and went on 14 minutes as Templeton teased his way into a position to cross but Colin Daniel could not quite steer his header, in a crowded penalty area, on target.

Town's new signing Callum Connolly was in referee Josh Smith's book inside 17 minutes after a couple of earlier fouls followed by a blatant pull on the shirt of Scott Fraser left the referee no option but to produce a card.

Albion were starting to spray the ball about with confidence and a delightful scooped pass into the path of Sarkic from Fraser resulted in Alex Cairns having to save with his leg before Templeton blazed the loose ball over the bar on his left foot.

At the other end a miscontrol from Daniel allowed Wes Burns to burst through but with the angle constantly narrowing against him he pushed the ball past the post.

Sarkic forced another good block inside the area before Templeton drove a wicked ball through the six yard box that eluded everyone. Albion were then forced into a change when Daniel had to come off having struggled for several minutes with a knock and his place went to Reece Hutchinson.

Sarkic went over in the box on 39 minutes having done well to get the better of Danny Andrew but referee Smith ruled it was just a coming together and waved away Albion shouts.

Albion began the second half purposefully and it was Sarkic again with the attempt on goal on 51 minutes but from the edge of the area he pulled his shot just wide of the upright.

Within ten minutes of the restart Albion were forced into a second change when Templeton limped gingerly off with Boyce replacing him in a straight swap on the left.

Both Harry Souttar and Ched Evans followed Connolly into the referee's book for niggly fouls as both sides fought for control of the midfield.

Ashley Eastham almost turned the ball into his own goal on 63 minutes as Sarkic moved out to the right to deliver a wicked cross that the central defender tried to control but ended up seeing the ball squirt off him and past the post for a corner.

Joe Sbarra arrived as fresh legs for Sarkic with a quarter of an hour remaining after a good shift from the former Leeds youngster.

Albion wound up for a final push and some great link up from Boyce and Fraser saw the latter srive a teasing ball across the box that missed the post and Sbarra by inches.

And the substitute was just unable to meet a low cross from Ryan Edwards late on with Cairns grateful to get there first.

EDWARDS proved to be the difference as he finally broke the deadlock with a minute of normal time remaining. Albion pushed and pushed and the decision to push Boyce out wide paid dividends when he swund in a delicious cross that evaded the giants in the Fleetwood back four and dropped perfectly for the Aussie to guide home from close range.

A very satisfying afternoon for the Brewers who now have four wins from five in the League. 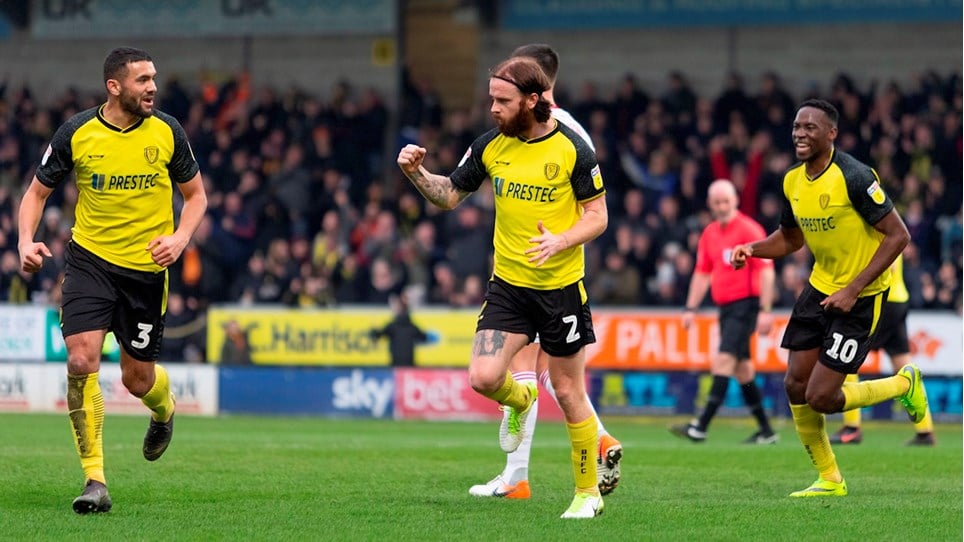 
JOHN Brayford's first League goal of the season ensured a share of the spoils from a hard fought 1-1 draw against Accrington Stanley. 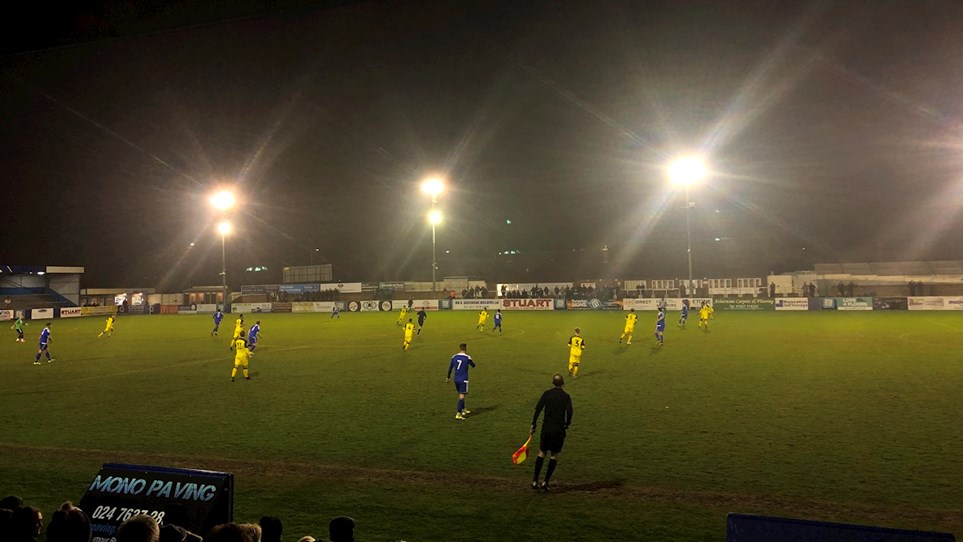 
BURTON Albion saw their Birmingham Senior Cup run come to an end, as Nuneaton Borough came back from three goals down to secure a 4-3 win. 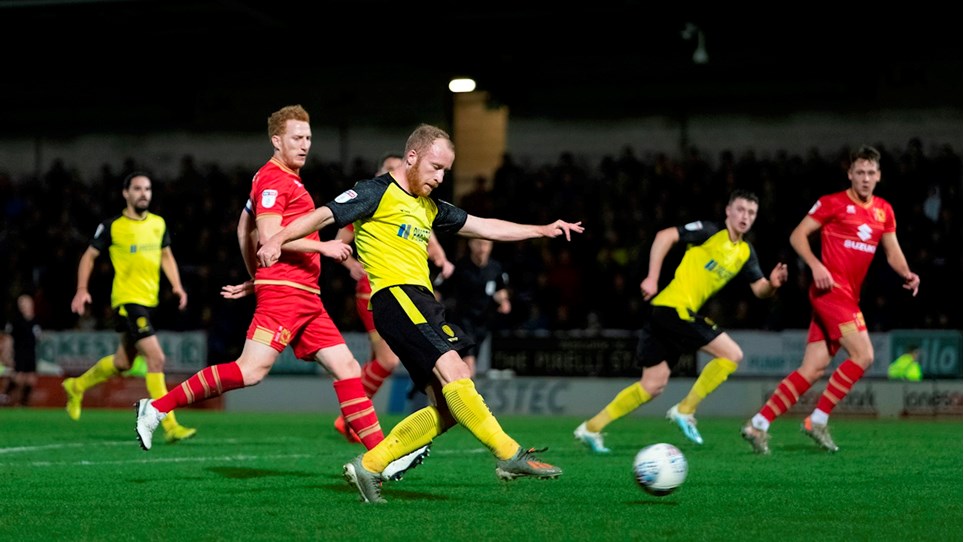 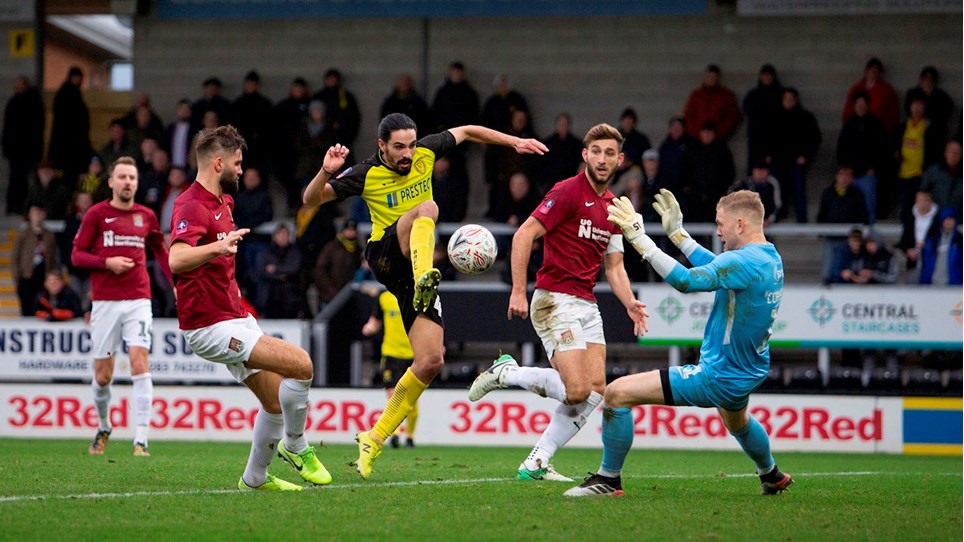