Stephen Quinn, Kieran Wallace and John Brayford have all put pen to paper on new deals, after their previous deals had expired at the end of the 2019/20 season.

The 34-year-old Republic of Ireland international has put pen-to-paper on a new one-year contract.

The midfielder has become a fans favourite since his time at Pirelli Stadium, making 86 appearances for the club.

Having originally joined the Brewers in August 2018 on a short-term contract, Quinn agreed a contract extension until the end of the 2019/20 season after playing an integral part in the side.

Manager Jake Buxton is delighted to have secured the services of Quinn for at least another season, explaining how important his experience is to the rest of the squad. He said: “He’s been such an influential part of the dressing room during his time here and I’m over the moon that he’s agreed to stay.

“He’s wanted to assure me, the supporters and everyone involved with the football club that he’s fully committed to the cause and is very keen to help us have a good season.

“I think it’s a brilliant message to the Burton Albion supporters that someone of Stephen’s calibre wants to stay at the club.

“If he can replicate the form that he showed over the last few seasons, then there’s no reason why I couldn’t see him getting back into the international frame with the Republic of Ireland.”

Buxton also explained that chairman Ben Robinson played an important part in supporting him to make the deal happen. He added: “I must also say a huge thank you to the chairman for supporting my judgement on the importance of Quinny (Stephen Quinn).

“He’s given me great support so far and has been very influential in making this deal happen!”

Quinn explained his delighted to be signing a new deal. He said: “I’m absolutely delighted to be staying. When I found out that Jake got the job, I didn’t think that there was a better person who could have stepped in to be honest.

“I’ve played against Jake many of times over the years and I’ve now played with him for a number of years – he’s a leader of men.

“When he asked me to stay there was never a question in my mind about if I was going to stay here.

“This year I’m going to give it my all for the manager and promotion is the only thing on my mind!” 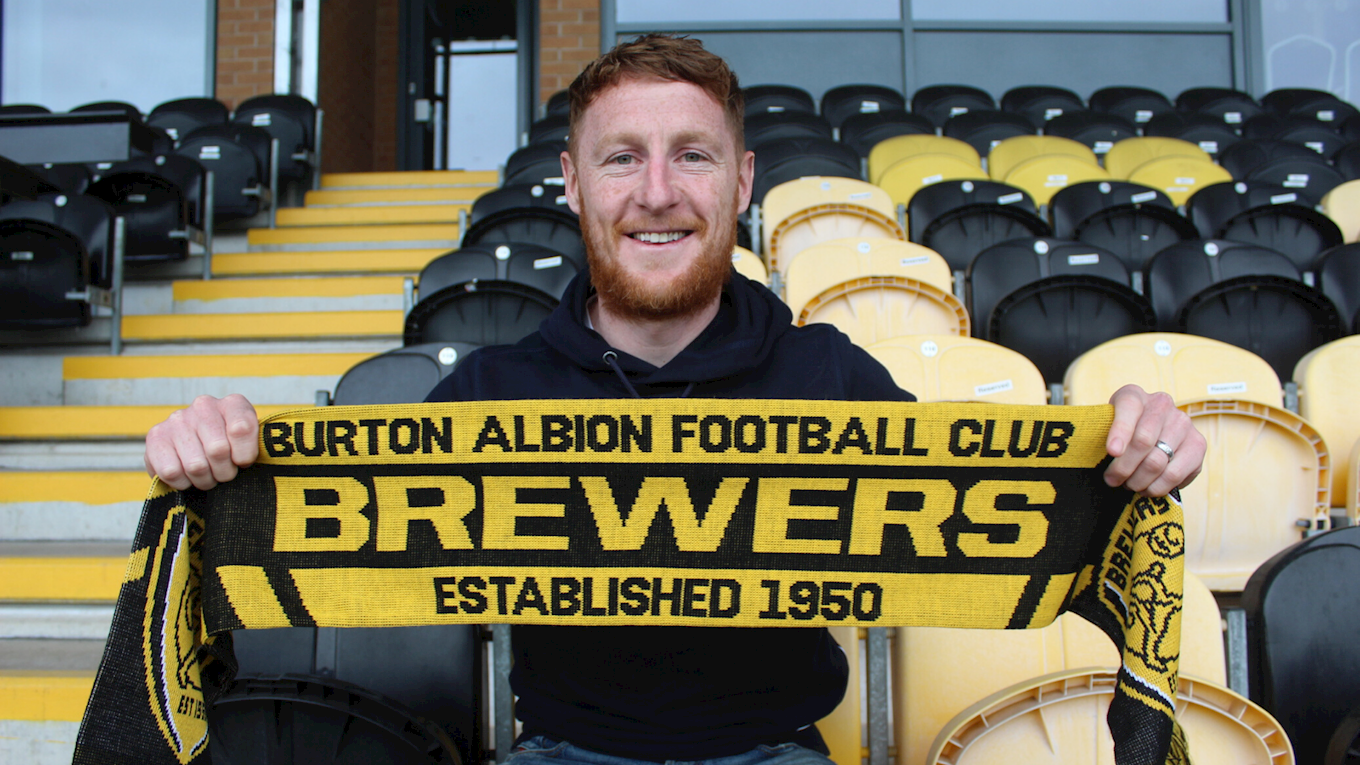 The ever-reliable Wallace has agreed a new one-year contract to stay at the club.

Wallace - who has played in both defensive and midfield positions for the Brewers - returned to professional football in October 2019, having signed from non-league Matlock Town.

The 25-year-old has since gone on to make 61 appearances for the Brewers, having previously played under former manager Nigel Clough at Sheffield United in the Football League.

Buxton is delighted to be keeping Wallace for the coming season and explained his importance to the Brewers setup. He said: “When you have to assemble a squad of players, a player like Kieran is always an important part of that.

“He always gives everything out on the pitch and is a very reliable player. We’re really happy that he’s staying.”

Buxton also praised the versatility and attitude of the player. He added: “Kieran can cover three or four positions and established himself as a first team regular last season.

“We hope he can kick-on and continue progressing next season, as he’s a big part of our plans.”

Wallace is now excited to get back underway and to start playing football again. He said: “It’s a fresh start for the club with the new manager, but we already know him (Buxton) and it’s not as if we’re completely starting from scratch.

“He’s going to be ambitious and want to progress the club and I want to do the same as well, both for the club and for my own personal career.” 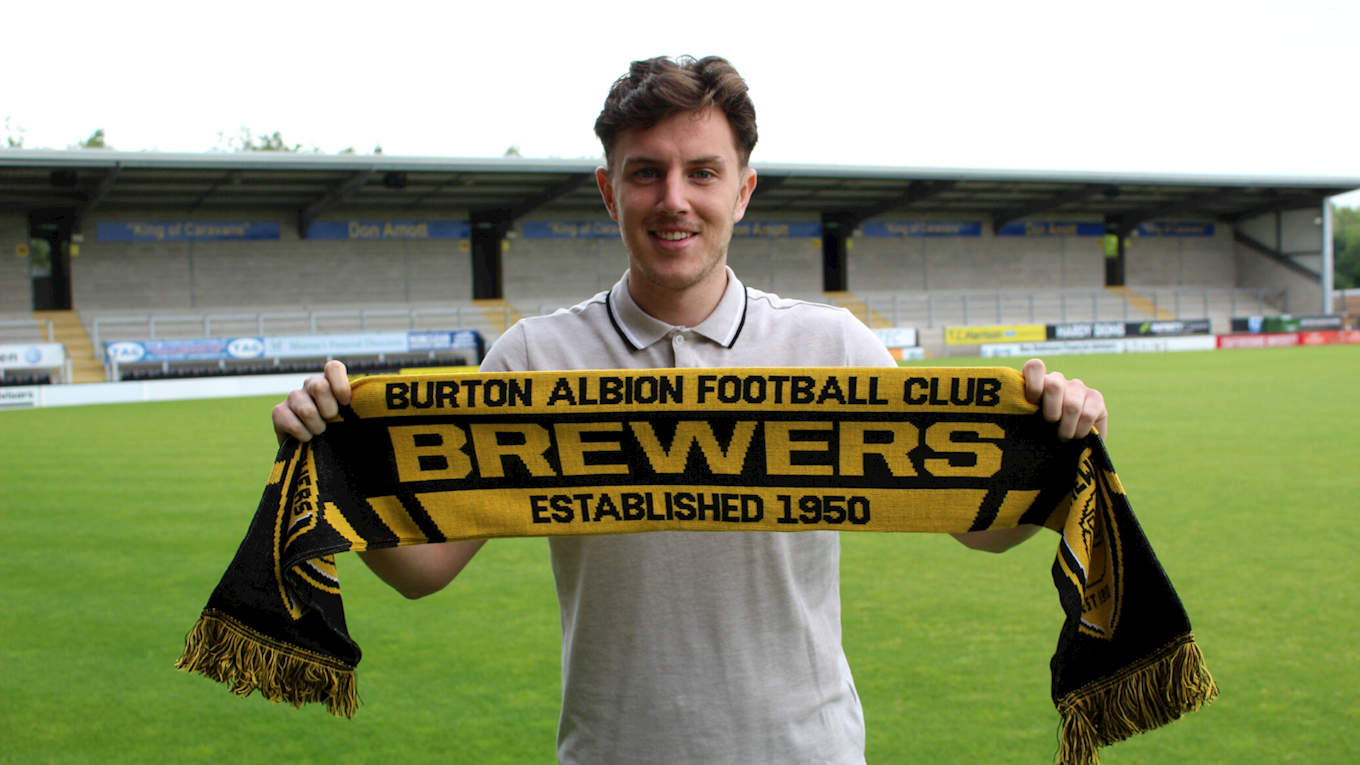 Brayford has signed a new two-year deal with Burton Albion.

He re-joined the Brewers permanently in 2017 after originally coming through the club's youth system as a teenager.

He left the Brewers to sign for Crewe Alexandra, before going on to play for Derby County, Cardiff City and Sheffield United. He returned to the Brewers on loan from the Blades in the 2016/17 season.

After re-signing permanently for the club, he has been a major part of the Brewers defence for the last three years.

Albion manager Jake Buxton is delighted that Brayford has signed a new deal, seeing the experience of the defender as key to his plans. He said: “We’re delighted that John’s staying at the club and he’s shown he’s still got a lot to offer at this level.

“He’s an integral part of the back-line and his experience is second-to-none.

“He’s another very reliable character both on and off the pitch and will continue to be a very important player for us next season.

“The fact that another senior player has committed himself, is another example to the fans of the types of characters that we’re trying to build our squad around.”

Brayford spoke about his decision to take a pay-cut and how he wanted to help the club. He said: “I spoke to the new manager about it and I decided it was the right thing to do. If reducing my pay was going to help the football club in the long run, then I was happy to help.

“Being offered an extra year on my original deal allows me to stay around here and I think there’s still some unfinished business to achieve.

“In the current climate nobody knows what the future holds, but I feel that there’s a lot that this squad can achieve.” 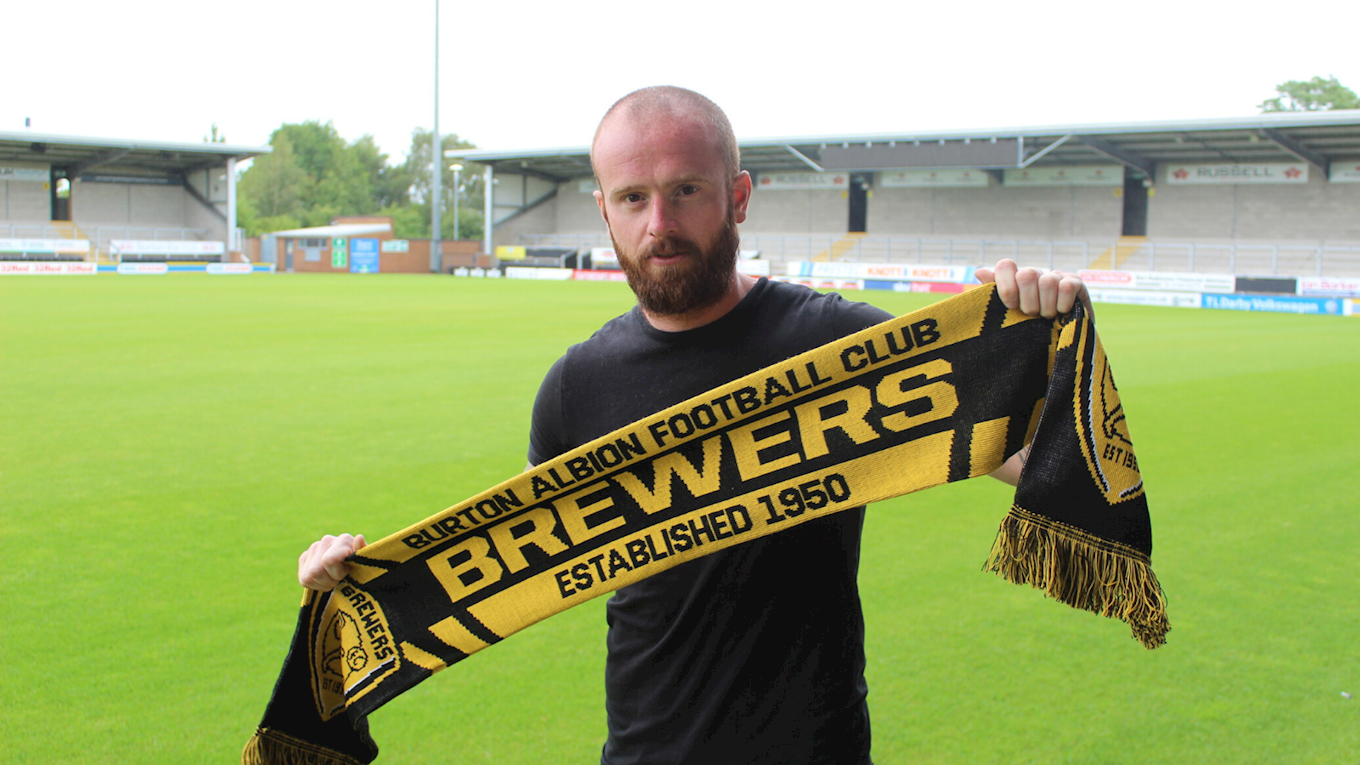