A MATCHDAY under the lights of the Pirelli Stadium awaits the Brewers tonight as Bolton Wanderers are the visitors following the rearrangement of the fixture due to October’s international break. Find out all you need to know in our preview here.

The fixture against the Trotters will be our designated Level Playing Field matchday. The campaign is to provide access to live sport for everyone, and remove potential barriers for disabled supporters. The charity aims to remove these barriers by allowing all fans to enjoy live sporting events equally, with inclusive and accessible viewing and inclusive customer service for disabled supporters.

The Level Playing Field fixture coincides with the EFL’s Day of Action, which sees all EFL clubs come together to highlight the positive impact football has in changing people’s lives and the work taking place to tackle some of society’s biggest issues. These programmes include diversity and inclusion, education, and health and wellbeing.

You will be able to find out more information on both the Level Playing Field and EFL Day of Action our website and around the ground on matchday, with players supporting both causes with t-shirts during the warm-ups too.

The Brewers have faced the Trotters on four occasions and have a 100% win ratio against them.

The first meeting between the sides came in the 2015-16 season, when the Brewers were drawn away against Bolton in the League Cup and recorded a 1-0 away win.

A complement of home and away fixtures in the 2017-18 EFL Championship season followed, recording a second 1-0 away win on the 16 December 2017 owing to a Lloyd Dyer goal. The reverse fixture saw the Brewers come away with a 2-0 win at the Pirelli on the 28 April 2018.

The most recent meeting with the Trotters came on New Years Day 2020, where an entertaining 4-3 away win was played out. The Brewers went 2-0 down early in the second half, but were leading 3-2 at half-time. Then came a fourth through Liam Boyce, before the hint of a comeback from Bolton Wanderers made it a nervy end to the game, but Albion held on and kept up the winning run against them.

Clough said: “Richard Nartey has no chance but will be back this week from Chelsea. Conor Shaughnessy is improving but stood very little chance on Saturday and we certainly missed him.”

Tonight's visitors will make late checks on captain Jason Lowe, striker Daryl Murphy and goalkeeper Remi Matthews, all of whom either came off through injury or were doubts following their 0-0 draw with AFC Wimbledon at the weekend. 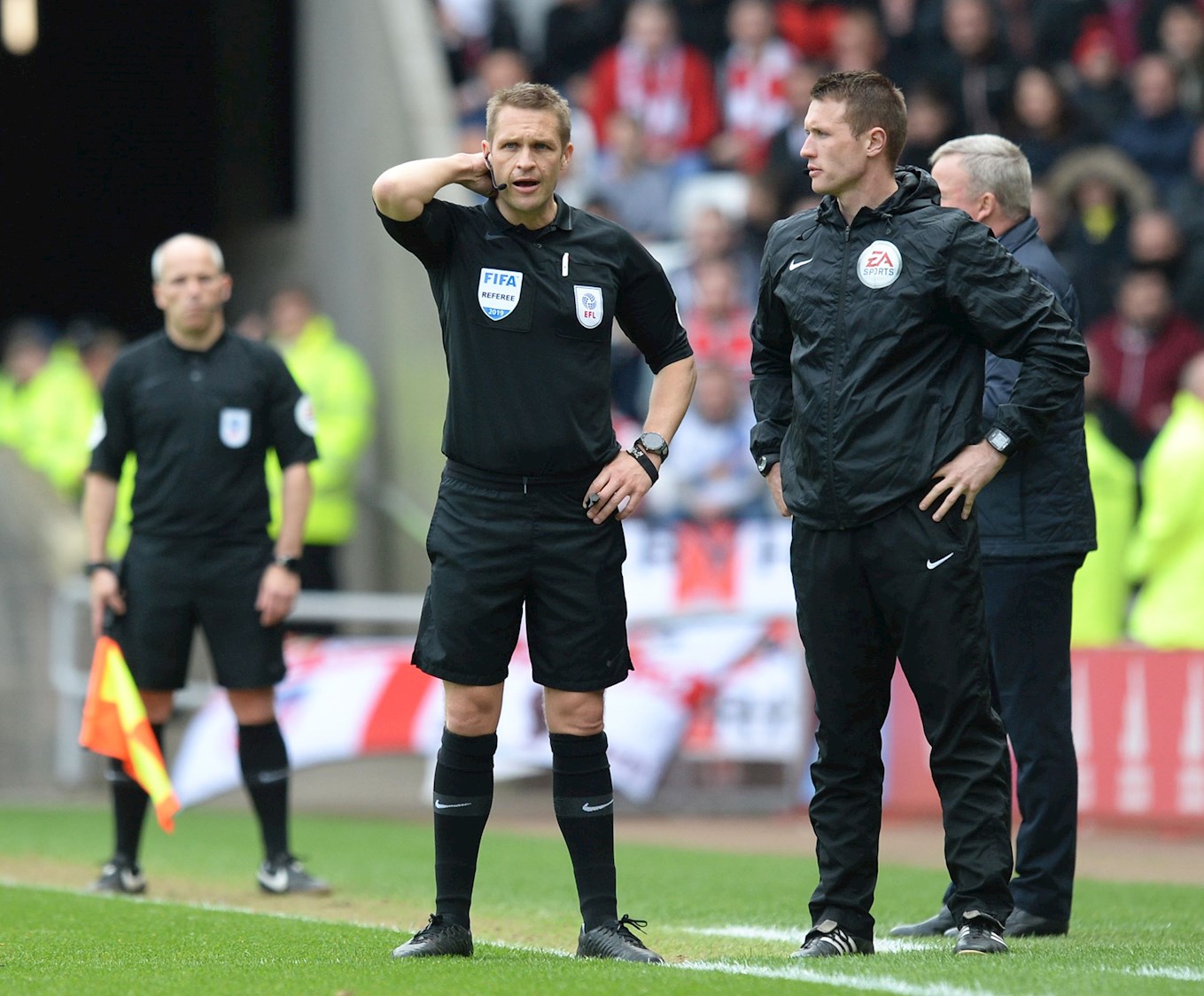 Our man-in-the-middle tonight will be Thomas Bramall (as fourth official in the picture with Craig Pawson), assisted by Alix Pashley and Hristo Karaivanov, and Matthew Smith as the fourth official.

Bramall has officiated only four fixtures this season, all of which came in League Two. In those, he has awarded five yellow cards and no red cards.

Both home and away fans will be eligible to pay in cash on the turnstiles they arrive at the Pirelli Stadium.

Terrace access will be available in the UK Waterproofing Solutions Stand (Popside) and the Don Amott Stand (West) for home fans, whilst Bolton Wanderers fans will be able to spectate from the away section of the Carling Stand (seated).

Fans of both home and away clubs who wish to have a seat in the Carling Stand will be required to purchase a ticket from the ticket office beforehand.

Please note that prices increase by £2 each on matchday.

Tonight's game IS available for streaming domestically if you cannot attend the game, with Match Passes costing just £10!

Good news, Junior Brewers! Burton Albion Community Trust are continuing their football sessions for children which takes place before every game at our Community Football Centre behind the UK Waterproofing Stand. Evening matches take place from 6.30pm to 7.15pm and are free for anyone with a match ticket.