BURTON Albion Academy staff have continued to have daily interaction with their players since the start of COVID-19, using a live online platform to host training sessions, education seminars and inspirational guest speakers.

Despite the current situation and with the Academy Games Programme being terminated for the 2019/20 season, this has not stopped players and coaches from being in daily contact, with weekly training sessions and educational seminars via Zoom video call proving to be a saviour for player development.

All players from ages 9-18, have continued to participate in live interactive coaching sessions with Head of Academy Coaching and former Brewers winger, Keith Gilroy. This has allowed players to continue working on their skills and fitness from home and utilise the best ways to engage in sessions with the resources available to them.

Paul Reynolds, Head of Education, Welfare and Player Care, oversees the youngster’s education and holds weekly seminars to offer help and assistance. Resources that are used by Burton Albion Community Trust in local schools have also provided players with permanent access to education materials. Scholars that are currently aiming to complete their BTEC in Sport with Burton and South Derbyshire College, are also receiving continuous support to help guide them towards the completion of their studies.

As a reward for their hard work, players have been fortunate enough to be joined by several high-profile guest speakers. This has given players the opportunity listen to different experiences that people have experienced during their careers, before having the chance to ask them their own questions.

The players first got the chance to hear from former footballer turned coach, Eric Steele. Steele, who is most noted as once being one of the world’s top goalkeeping coaches, gave tips and advice on the professional game, before giving an insight in to what it was like to work under Sir Alex Ferguson at Manchester United.

In the past week, former England International and Liverpool goalkeeper Chris Kirkland, has joined the Young Brewers, giving an insight into his life as a professional footballer. He also focused on his experiences of mental health and the struggles that he’s faced, both during his career and still to this day. 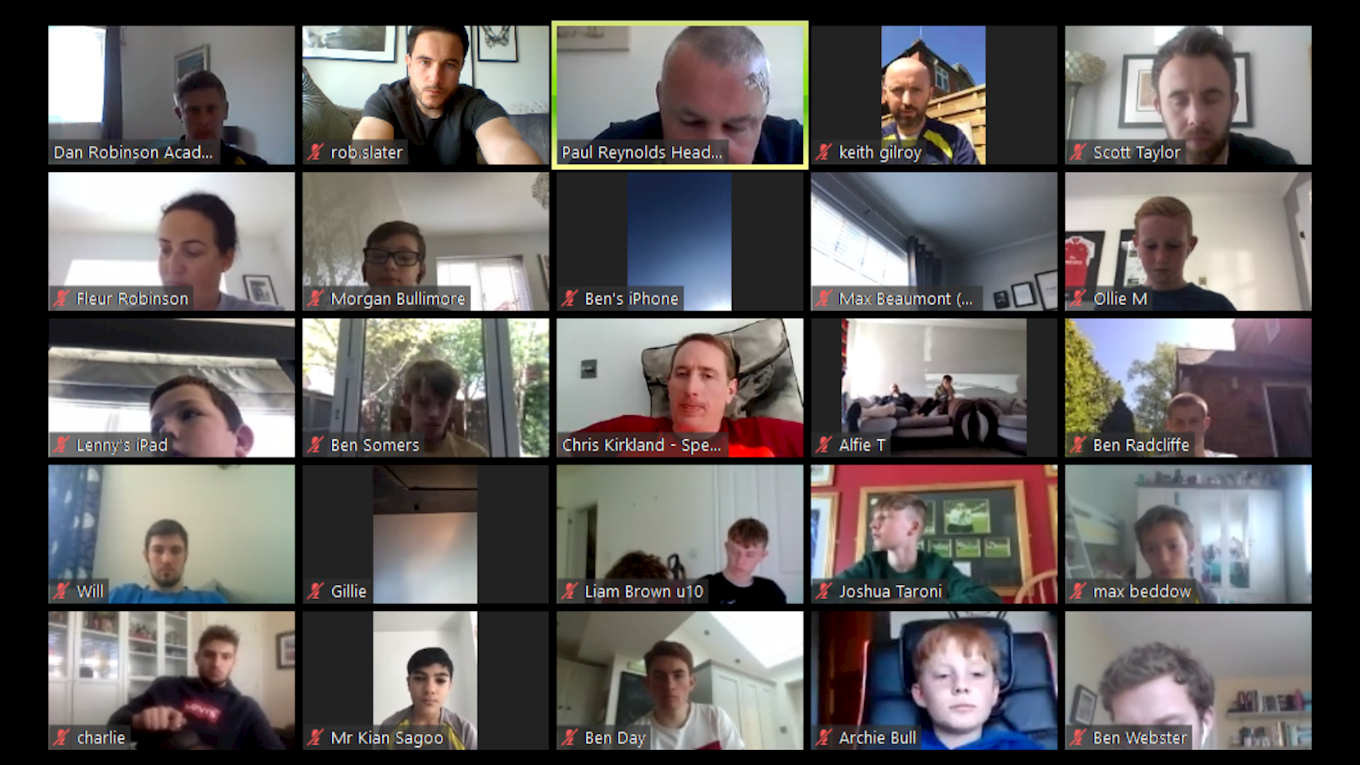 Yesterday, with 148 people joining the video call, players, parents and Burton Albion Community Trust staff were lucky enough to be joined by former Nottingham Forest and England International, player and manager, Stuart Pearce. Pearce talked about his experiences from non-league to professional football, before experiencing both the highs and lows of international football. Pearce also touched on his career so far in management, particularly focusing on his time with the England U21 team. Players then kindly got the chance to ask their own questions, with a Q&A led by Head of Academy, Dan Robinson. 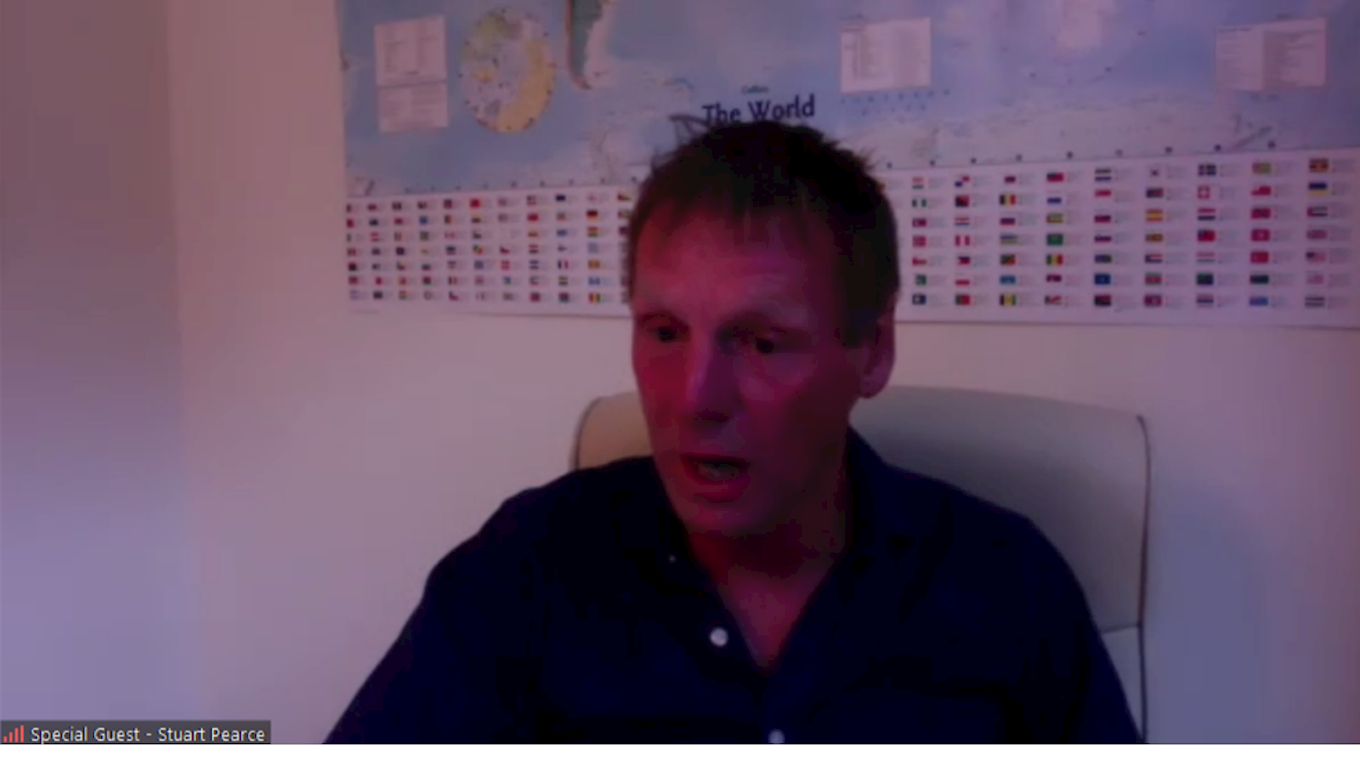 Robinson, said: “We’re very pleased with how well the our academy has continued to perform during COVID-19.

“It’s a tough time for everyone, but we’ve not let it stop us completely in our tracks and the players are continuing to be a pleasure to work with. The lads have shown a desire to keep improving, in both their football and academically, something that’s been evident when speaking to them and their families.

“We’re really grateful to all of our guest speakers, who’ve all been really inspiring and engaging, which hopefully the players can all take away with them for the rest of their lives.”

Players have also been fortunate enough to be joined by Kick It Out’s Education Manager, Troy Townsend, and mentor and ex-professional footballer Marcus Gayle, to receive education on racism, equality and discrimination in the game.

Former Special Forces Sergeant Major, Garry Banford, has also been a guest speaker. He gave an insight from a non-football related background and focused on the human capability, drive, resilience and mindset.

Keith Gilroy, said: “Everyone involved has been fantastic and it’s been a fine example of people coming together during tough times.

“The parents have been magnificent in supporting the children, from the technology side of things to helping them set-up their sessions at home. It’s really helped to makes things easier for us to stay in contact with them on a regular basis.

“We’ve had on average 80 players join us whenever we’ve done a Q&A, which is a testament to them and shows just how much they want to keep learning and progressing. It’s been really refreshing to see!”

Academy youngsters have also been supporting Burton Albion Community Trust’s #TwoPointSixBACT campaign. Players have been taking on and creating their own daily challenges via social media, to help raise funds for fantastic work of the Trust and Burton Hospital.