JAKE Buxton expects Portsmouth’s players to show a reaction to an indifferent start that has seen them pick up only two points in three games so far this season.

After reaching the play-offs last season before losing to Oxford, expectations at Pompey are high for a strong promotion push and the Brewers manager expects them to want to get back on track quickly.

He said: “They have not had a great start. They have changed formation a couple of times watching over the clips. But Kenny Jackett sides have always been hard to beat and I expect he will get a reaction out of his players and it will be a tough game.

“They have some good players, as do the majority of teams in League One. We look at where we can hurt the opposition and we will make our lads aware of what problems they might cause us – including early balls into the box and one on ones down the flanks. They have quite a few threats, but they will be thinking the same about us.”

The Brewers face old boys Marcus Harness and Tom Naylor on Saturday and Buxton is well aware of what they can do.

He said: “Marcus is electric with his pace and on the break. They are both good players we have to be aware of but more importantly it’s about making Portsmouth aware of us as a team as we have played some cracking football up to now and scored some great goals - it’s just about making sure we are solid, hard to beat and get that clean sheet we are craving.”

The Match Day Brewer is back with a new digital version of your favourite football programme available from 6pm tonight. Full details HERE 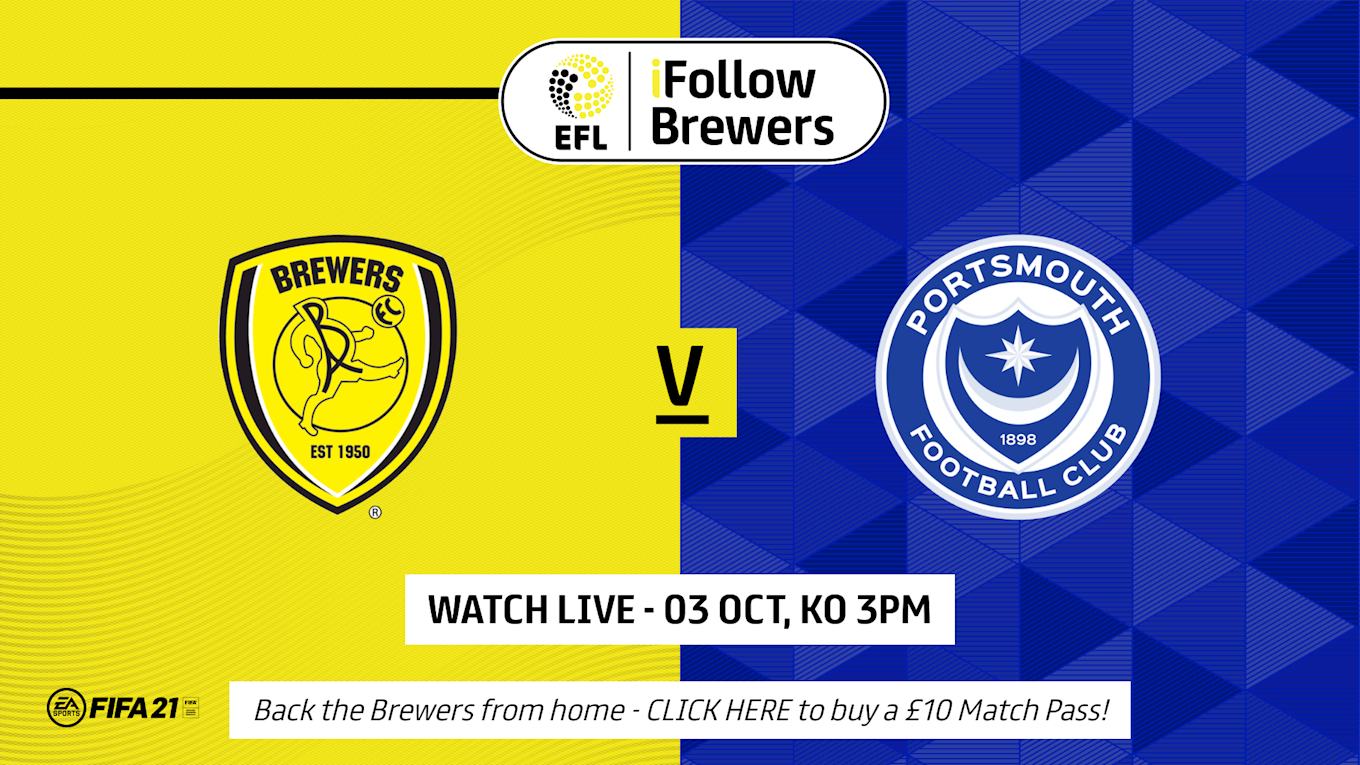