THE Brewers bowed out of the EFL Trophy after Cambridge overturned a two-goal deficit to win 4-2 at the Pirelli Stadium.

With Peterborough also recording a win against Fulham Under 21s, Albion’s hopes of making progress from the group stages were ended.

Jake Buxton’s selection options were limited, especially with one eye on Saturday’s trip to Plymouth.

Indiana Vassilev was cup tied after playing for Aston Villa against Swindon, Jack Roles was away with Cyprus and Stephen Quinn needed a rest after playing every game to this point.

Charles Vernam had felt his knee injury again in training and required another scan so was ruled out as were Michael Bostwick, Luke Varney and Neal Eardley who were not being risked ahead of Plymouth and Tom Hewlett was sidelined with a calf injury.

Steven Lawless missed the game after having to self-isolate.

Buxton said: “Steven’s child was sent home from school feeling ill and the family have taken a Covid test and are awaiting the results so Steven can’t be in the squad and around anyone at the football club until we get the results.”

Kieran O’Hara started in goal for the Brewers, his first competitive game since February and there were three Academy scholars on the bench.

The Brewers got off to the best possible start with Lucas Akins netting inside three minutes. The Albion No 10 turned his man inside and out before slotting home into the corner of Callum Burton’s net.

In the fourth minute it was two. Akins took a throw on the right, picked out Ciarin Gilligan who slotted the ball to Joe Powell 25 yards out. The Albion No 8 struck the ball sweetly into the bottom corner giving Burton no chance.

It was the dream start for Albion who starved the visitors of possession and opportunities.

Powell tried his luck again from even further out on ten minutes but this time his effort was deflected for a corner.

Owen Gallacher was booked for a challenge on Leon Davies after 19 minutes.

Cambridge were given a lifeline when Hannant fashioned a shooting opportunity on 27 minutes. His effort was saved but not held by O’Hara and the rebond was poked home by Harvey Knibbs to make it 2-1.

0n 31 minutes the visitors were level when O’Hara came out to cut off a through ball and cleared to nearly the halfway line. But the ball fell nicely on the bounce to Hannant who brilliantly floated the ball over the retreating O’Hara and into the empty net.

Hemmings came close to restoring the Brewers lead drifting in from the right to find a clear sight on goal and testing Burton who managed to push his shot away.

Colin Daniel was booked for a foul on Greg Taylor in first half stoppage time.

Cambridge opened the second half brightly and after some neat passing that opened up the Brewers defence should have taken the lead on 50 minutes. Tom Knowles was on the end of a good move but screwed his low shot wide of the post.

Albion forced a corner on 53 minutes and Gilligan went down in the box, but the ref was not impressed with the penalty appeals.

On 58 minutes John-Joe O’Toole was forced off after picking up a knock and Jacob Niemczyk was brought into the action.

The Brewers forced a fine save from Burton when Daniel headed the ball back for Niemczyk to shoot from just inside the box.

On 70 minutes, Gilligan found space on the edge of the box but his shot was deflected out for a corner.

Paul Digby was booked for a challenge on Gilligan after 73 minutes which gave Albion a free kick on the edge of the box which Kane Hemmings took but hit over the bar.

Cambridge made a double substitution with Dunk and May replacing Knowles and El Mizouni after 75 minutes.

Cambridge took the lead on 79 minutes from a corner which was flicked on at the near post for Harry Darling to score from close range.

Cambridge sealed the win on 86 minutes with another goal from Hannant after good work from Joe Ironside to create the opening.

Albion must now regroup and look to get bodies back in time for the long trip to Plymouth on Saturday. 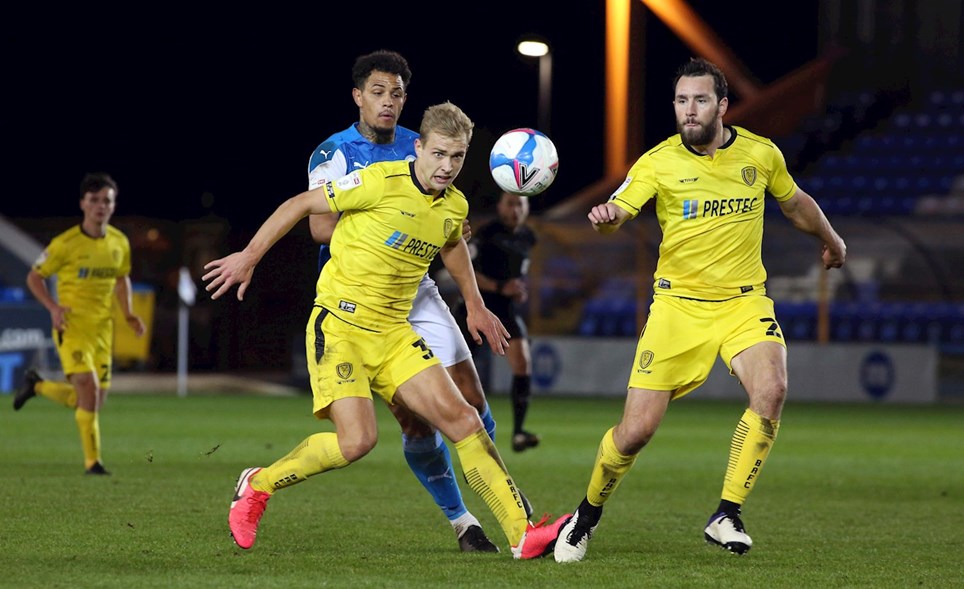 
BURTON Albion took a deserved point away at in-form Peterborough United, twice coming from behind through goals from striker Kane Hemmings. 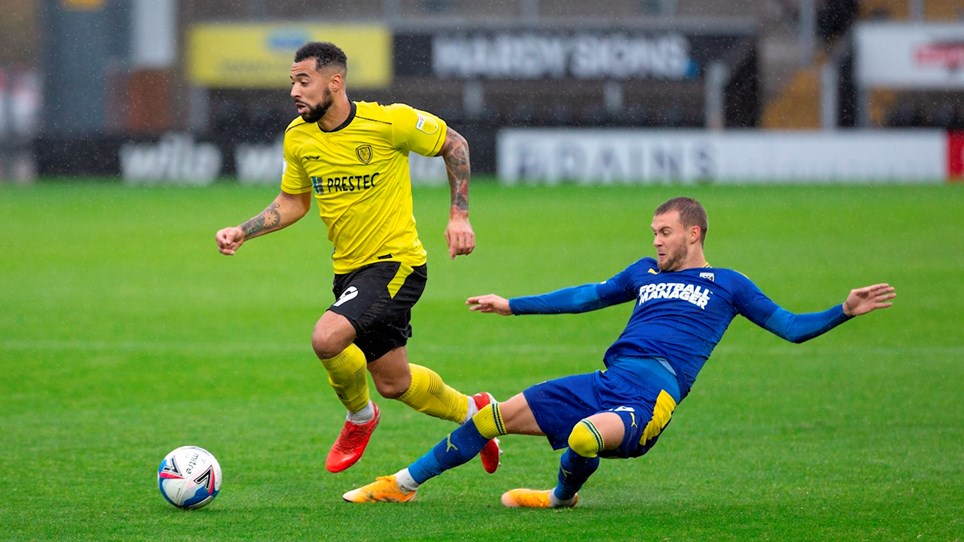 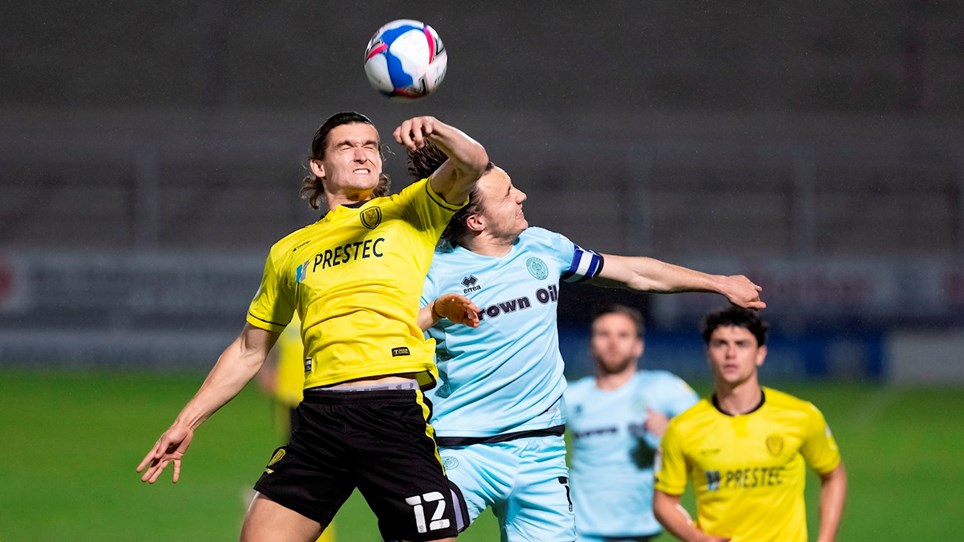 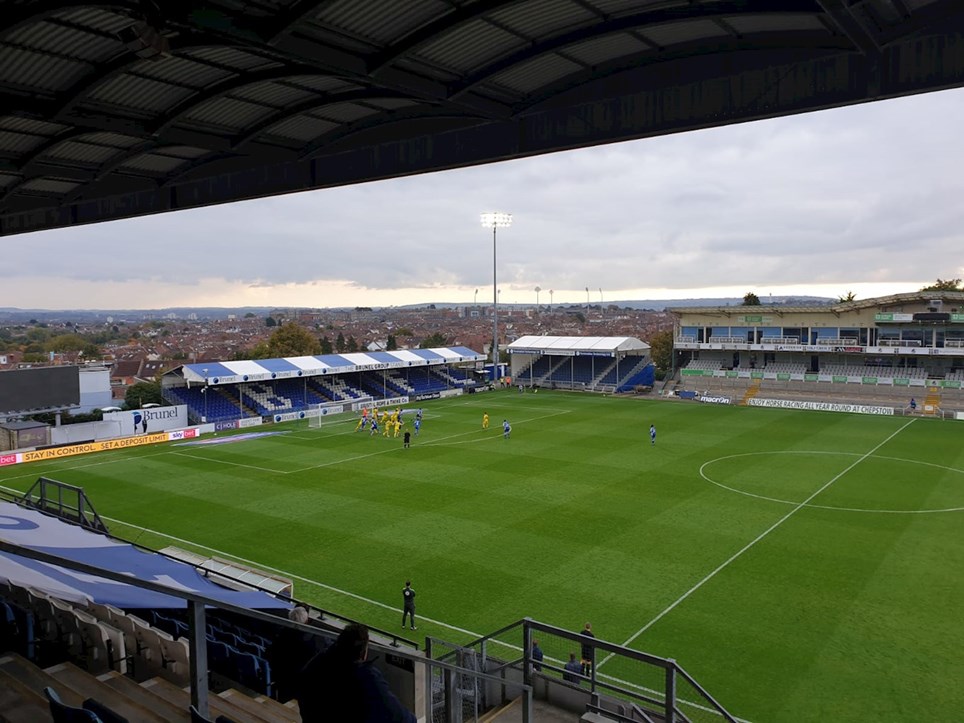 
KANE Hemmings' first Burton Albion goal secured a deserved point for the Brewers away at Bristol Rovers this afternoon.