RYAN Edwards and Reece Hutchinson are the only two players who will definitely miss tomorrow night’s Carabao Cup tie as the Brewers take on Accrington Stanley at the Pirelli Stadium.

Lucas Akins is the only other concern as the rest of the squad have shaken off any niggles picked up in pre-season.

Edwards has a knee injury that has hampered his preparations for the start of the new campaign while Hutchinson has a foot injury picked up running in the close season.

Brewers manager Jake Buxton said: “Reece has had an injury throughout the summer where he has gone out running trying to maintain fitness and has gone over on his foot and he has broken a small bone and it’s taking a little bit of time to heal.

“He has been to see the surgeon and we have had confirmation he doesn’t need surgery but the problem is still hanging around so he will be re-assessed next week. 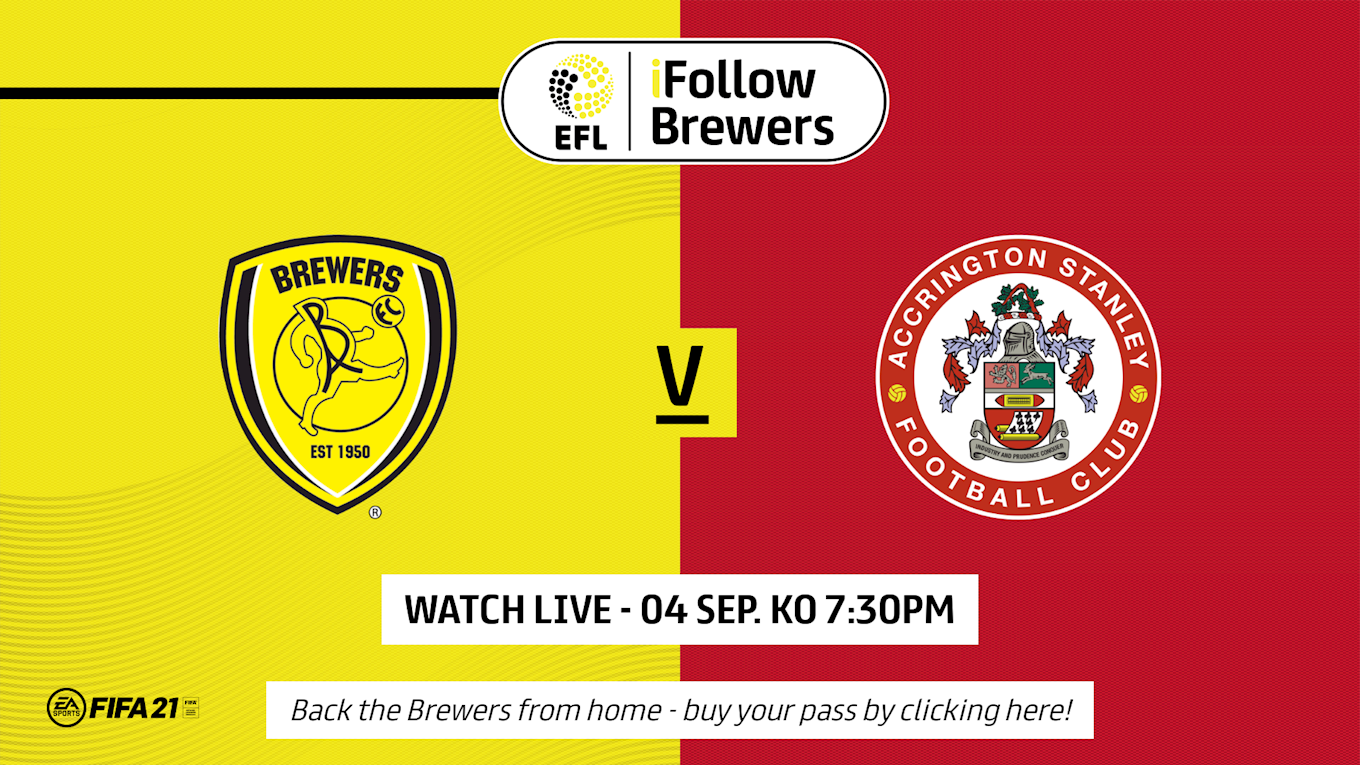 “Reece and Ryan are both a massive part of our plans and we want them both back as soon as possible.”

Akins picked up a knock in the pre-season friendly against Coventry.

Buxton said: “Lucas has trained the last couple of days and we have managed him, and he says he is available for selection, but I may take it out of his hands. We have options at the top end with Steven Lawless doing 45 minutes against Walsall so I will make that decision tomorrow night. We don’t want to risk him and see him out for four or five weeks as he is a big part of our plans.”

Tomorrow’s game will be played behind closed doors, but you can watch it live on iFollow Brewers