BURTON Albion’s home tie against Aston Villa in the second round of the Carabao Cup has been selected for live television coverage on Sky Sports.

The match will be played at the Pirelli Stadium on Tuesday, September 15 with a 7.45pm kick-off.

The Brewers defeated League One rivals Accrington Stanley in the first round last Friday evening and now face Dean Smith’s Aston Villa in a repeat of our 2018 clash in the same competition at the same stage - Liam Boyce netting the only goal of that game in a famous 1-0 win.

The winner of this tie will face either Bristol City or Northampton Town AWAY in the third round. 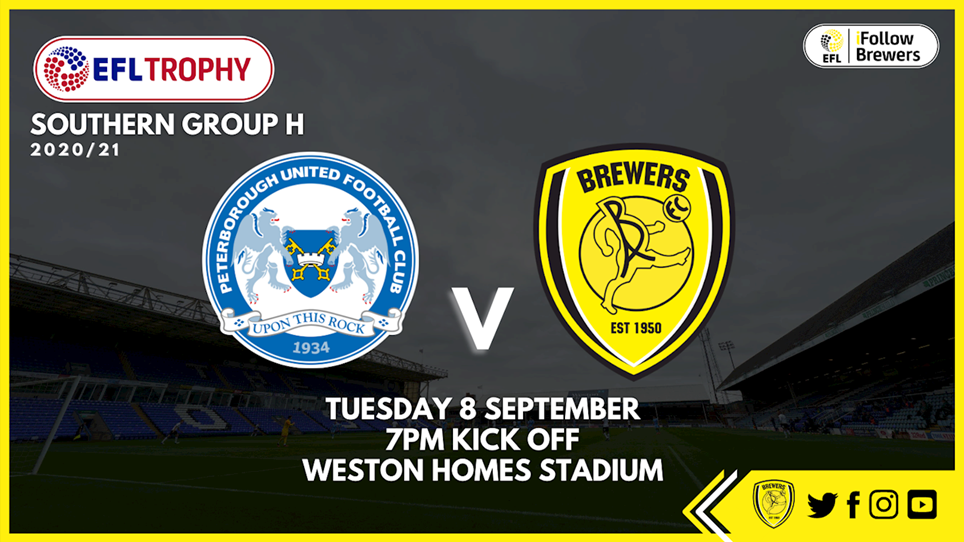 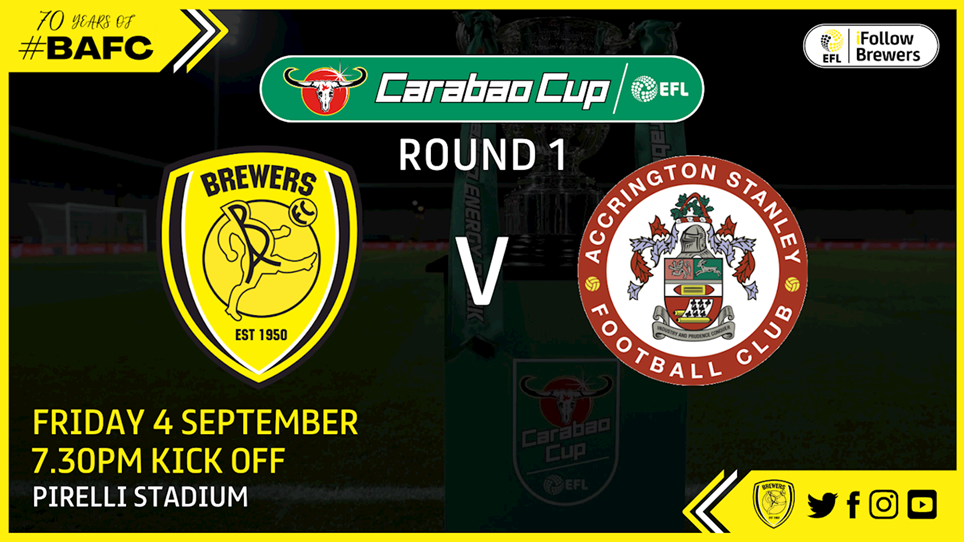 
BURTON Albion’s Carabao Cup Round One fixture against Accrington Stanley will take place on Friday, September 4 at the Pirelli Stadium, with a 7.30pm kick off. 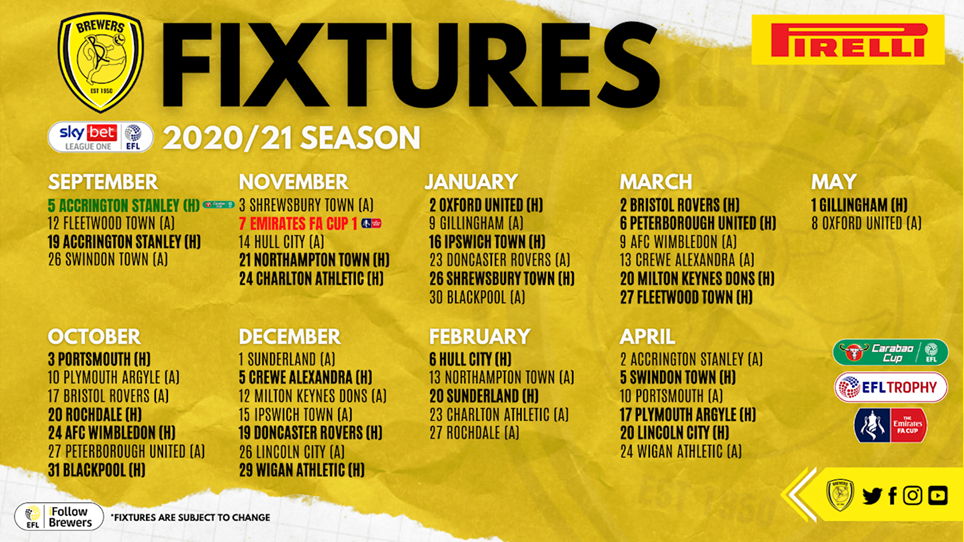 BREWERS WILL START 2020/21 SEASON AWAY AT FLEETWOOD


BURTON Albion will start the new 2020/2021 Sky Bet League One season with an away game at Fleetwood Town. 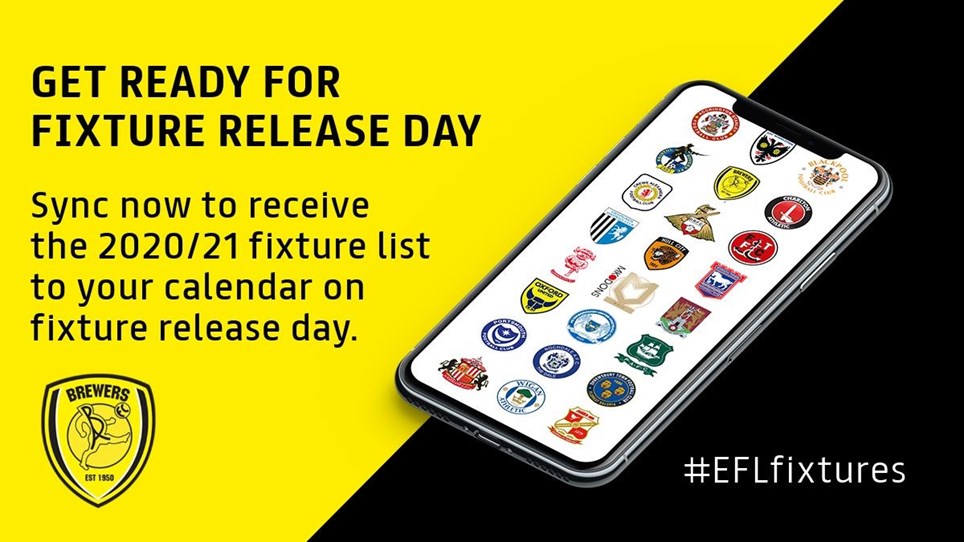 
BREWERS fans, get ready for the 2020/21 Sky Bet League One season by downloading the full fixture list to your digital calendar (including the Carabao Cup and the EFL Trophy).