CHARLES Vernam will miss the Brewers opening Sky Bet League One fixture of the season after picking up a knee injury in the Carabao Cup success against Accrington.

The summer capture will have to sit out the away day at Fleetwood Town on Saturday (kick off 3pm) but the injury is not as bad as was first feared.

Brewers manager Jake Buxton said: “Charles took a whack on his knee and initially we thought it was bad news but it’s not as bad as we first feared and hopefully, he won’t be out too long.

“We have already seen what a great asset he can be for the club and an unbelievable player for the team and we will see him sooner rather than later.”

Reece Hutchinson is the other absentee as he recovers from a foot injury picked up on a close season run. 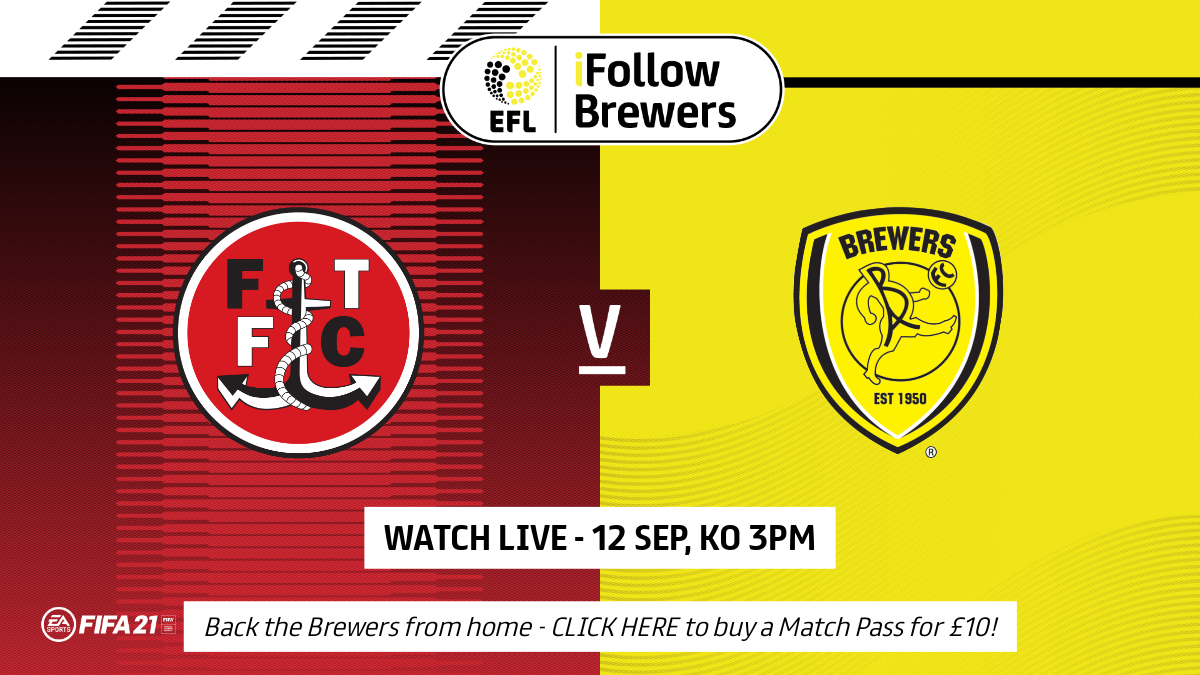 But there is better news about Ryan Edwards who is working his way back to full fitness.

Buxton said: “Ryan is coming along quite nicely and we will be looking to get some minutes into him, possibly against Aston Villa on Tuesday.”

And Lucas Akins, after being rested on Tuesday is also available for selection after scoring the goal against Accrington despite carrying a knock into the game.

Buxton said: “He trained again today and he’s fine and ready to play.”

There is now excitement in the camp as the start of the League One season finally draws near.

Buxton said: “The lads sensed it in training today. The tempo was good and a little bit frantic as people want to see where they are in the pecking order and they want a shirt. We are a nice healthy squad, competing for those 11 shirts.

“We feel we have prepared well and are fully looking forward to the challenges ahead.

“It will be a good game on Saturday between two footballing sides, who will both try and get the ball down and play. Hopefully, we can get the right result.”