Hasselbaink and Maamria, along with Councillor Robin Wood, the Mayor of Derby, will be on hand to officially open the new facility, which has been constructed in time for the upcoming Pitching In NPL Premier Division season, and a Burton Albion XI will play Mickleover in a friendly match on the same night (7.30pm kick-off).

Construction on the project began in April, with the new 3G pitch being installed along with 250 new red seats being implemented in the new main stand and brand new LED floodlights.

The facility will also be open for bookings to the public and other teams - providing a valuable asset to the local community - while helping to prevent league games being called off due to waterlogged pitches.

Tickets for the friendly cost £10 for adults and £6 for concessions, with children under the age of 16 going free.

Mickleover, managed by former Brewers midfielder John McGrath, were top of the NPL Premier Division prior to the 2020/21 season being curtailed. 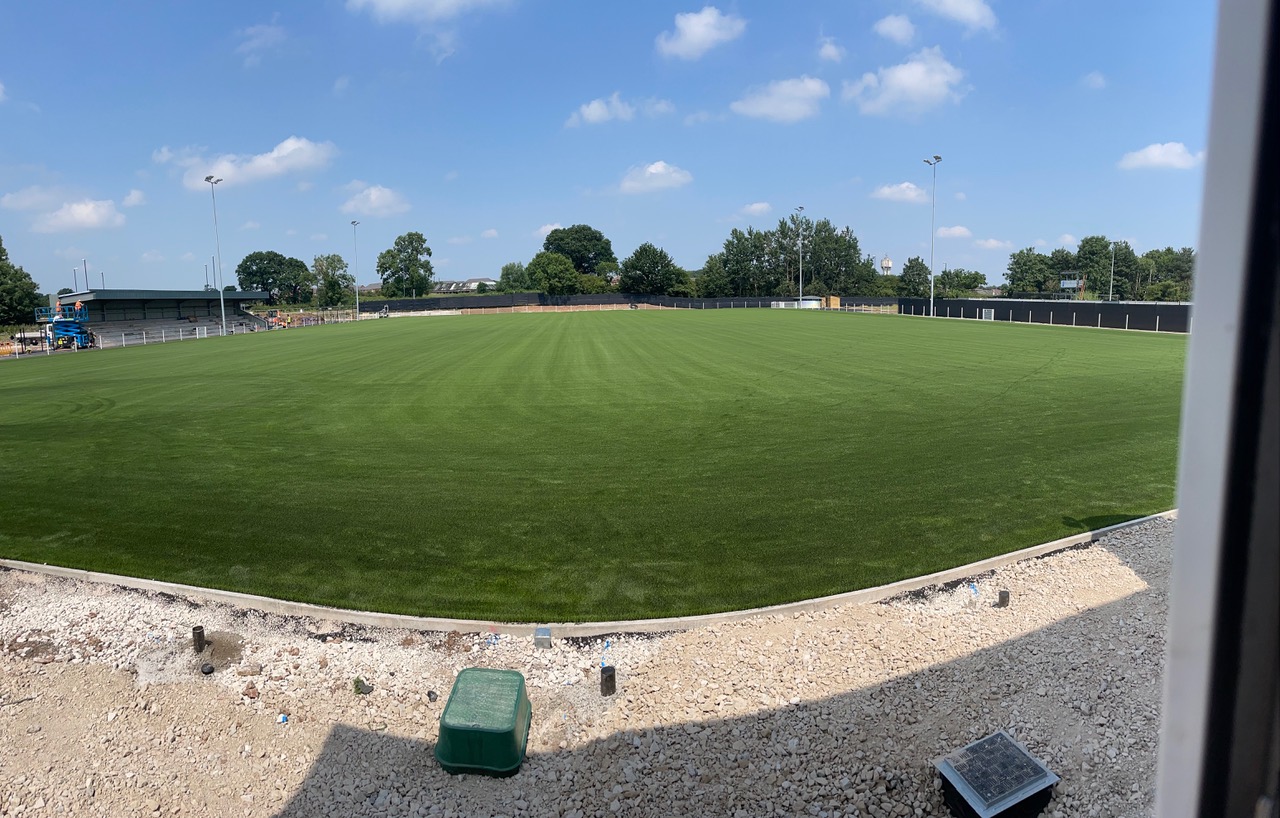 “We would like to thank Burton Albion and Chairman Ben Robinson for their support and for bringing a Burton Albion XI for a friendly game.

“We must also thank Jimmy and Dino for taking time out of their busy schedules to come and open our new facility - which we are delighted to see come to fruition and which will be of a huge benefit I’m sure to the local community.”

“We are delighted to be able to open Mickleover FC’s magnificent new facility, which we are sure will be of massive benefit not just to the club but the local community in Mickleover.

“Don Amott has long been a supporter of Burton Albion, including sponsoring our West Stand terrace at the Pirelli Stadium, and we have always looked to support Mickleover where possible. I know Jimmy and Dino are honoured to have been invited to perform the official opening.

“With a fantastic manager and chairman, both of whom we know very well, and this new facility in place, we’re sure Mickleover can build on their magnificent start to last season and push on again in the Northern Premier League next term. We wish them every success.”