BURTON Albion Community Trust Chairman John Jackson  has praised the incredible effort that has helped the people of East Staffordshire through the worst times of the pandemic.

The charity arm of Burton Albion has been at the heart of the community response, whether that’s running a Covd-19 vaccination centre at the Pirelli Stadium, or reaching out to people in need and making sure they knew help was at hand.

BACT has worked strategically with both county and borough councils, the NHS and other organisations to facilitate a co-ordinated approach which has ensured the response has had the maximum impact in the quickest possible time.

The BACT Chairman said: “The charity faced very different challenges because of the pandemic. The routine work was inevitably disturbed by the imposition of lockdowns and the requirements of the client base, but the trust staff responded quickly and efficiently.

“An operational team was brought together, needs analysed, and links established with Staffordshire County Council, East Staffordshire Borough Council, the NHS and other organisations and kindred voluntary bodies.

“An action plan was formulated with the minimum delay and the trust was quickly committed to a new and very different workload.

“The needs of the community were assessed in conjunction with Staffordshire County Council’s emergency response team and the delivery of food parcels and connections with lonely and vulnerable people were prioritised.”

By March of this year, as well as supporting the NHS with the Pirelli Stadium acting as a vaccination centre, BACT has notched up more than 2,000 volunteer hours, delivered 4,147 care and activity packs, 752 emergency food parcels and even undertaken 23 weekly dog walks.

John added: “BACT remains committed to ensuring that the impact of the pandemic on the elderly and vulnerable is addressed and the required support and service responses are available.

“The much-valued support of Burton Rotary Club has been important in delivering this response.

“And we must pay tribute to BACT’s staff for their commitment and hard work and the generous spirited volunteers for their willingness to step in wherever they were needed and who are continuing to do so. They have given up thousands of hours of their time and without them the trust could not have responded to the needs of the community with such speed and efficiency.”

BACT has now taken over all aspects of the Pirelli Stadium Vaccination Centre operation from the NHS and recently set a record for the number of doses delivered over the course of a single weekend, with more than 4,000 jabs administered.

BACT is looking to reach the milestone of 100,000 vaccine doses being given at the Pirelli Stadium by the end of this week. 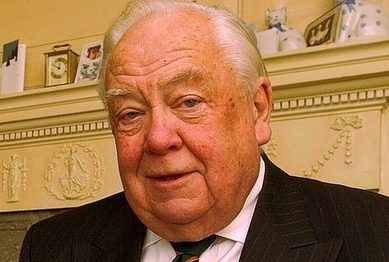