BURTON Albion fell to a frustrating 2-1 away defeat to Sporting Khalsa on Sunday afternoon in the FA Women’s National League.

Dominating large portions of both the first and second half at the Guardian Warehousing Arena, the Brewers conceded a goal against the run of play in each half.

It was Laura Smith who struck first for Khalsa, heading in from a corner, before Ella Ritchie levelled the score with a curling effort from long range.

Captain Amber-Leigh Denny could have completed the comeback from the penalty spot after Emmalee Hornsby was brought down in the box, but the captain had her effort saved by Stacey Garnham.

Instead, it was the home side who found their second goal of the game. Just one minute after that penalty save kept the score level, Beth Gallagher scored what tuned out to be a winner for Khalsa, prodding the ball past Alice Langstone.

Burton carried their momentum for their cup victory against Mansfield into this game, starting the better of the two sides. Coming into the side after her stoppage-time winner last weekend, Hornsby could have scored in the opening five minutes.

Pressing the centre-back into losing possession, the winger set herself in the area before rifling her effort against the side netting.

Hornsby made a chance for herself once again moments later. Skipping past a challenge in her own half, she drove through the middle of the pitch before firing her effort straight at the keeper.

That early dominance for the Brewers set the tone for the half, with Hornsby at the heart of a scoring chance for the third time in 15 minutes. Ciara Fray started the attack, winning the ball on the right before picking out a pass down the wing to an onrushing Hornsby.

Assessing her options from a wide angle, her cross flashed across the goal, narrowly missing the far post and going out for a goal kick.

Fray, who missed the previous game through suspension, played a pivotal role in transitioning the ball from defence to attack.

Eyeing an opportunity from Ritchie making a run from her forward position, the right-back launched the ball over the top of the defence. Wrestling off her marker, Ritchie found herself one-on-one with Garnham inside the box but drove her shot straight at the keeper.

Failing to convert their chances to goals in the first 30 minutes, the Brewers would have fallen behind if not for a fantastic save from Alice Langstone. Driving her shot low across the goal, Chloe Handley was denied the opening goal by the outstretched arm of the keeper.

Gallagher thought she’d given her side the lead after tapping in the rebound, but the linesman raised his flag for offside.

Confidence grew from their first chance on the half-hour mark, with the final 15 minutes all in the hosts' favour. Surviving much of the onslaught, Burton’s resistance was broken five minutes before the break.

With the ball flung in by Handley from a corner, Laura Smith rose the highest to loop her header into the corner of the net to score her first goal of the season.

The break came at the right time for the Brewers, who grasped the momentum back in their favour at the start of the second-half and scored soon after the restart.

Garnham could only find Ritchie will her clearance after being pressed by Hanaiya Azhar, with the forward’s curling effort from 30 yards bending round the outstretched gloves of the keeper and bouncing in off the post to level the score.

The turnaround could have been completed just a minute later through Hornsby after she latched onto a direct ball from the defence, but her lobbed effort went over the bar.

Having a plethora of efforts inside the area failing to find the back of the Khalsa net, Hornsby went agonisingly close to a much-deserved goal from a long distance. Shaping to shoot from an unfavourable angle 35-yards out, her dipping strike beat a backtracking Garnham but smashed the crossbar and was cleared away from danger.

The pattern of the opening exchanges of the first-half showed in the second. It was Hornsby again who dragged a shot wide before Charlotte Jarvis directed a header from a corner at the ‘keeper.

The Brewers then had a golden opportunity to gain the lead. Running down the left-wing, Hornsby got in front of Gurjit Dulay, who tripped the winger inside the box – conceding a penalty in the process.

Captain Denny stepped up from the back to take responsibility from the spot, but her strike was saved well to the right of Garnham.

Falling behind if not for a penalty save from the keeper, Khalsa gained the lead in the attack that followed.

Crossed into the box from the right, the ball bounced fortunately to Hanley, who slide the ball across to Gallagher, poking past Langstone from close range.

Coming under the cosh after conceding in the first-half, the Brewers responded well to doing so in the second. Milly Wortley looked to be one-on-one with the keeper after being played through, but a last-ditch challenge from a covering Khalsa defender flicked the ball out for a corner.

The game hung in the balance as stoppage time got underway, with Burton almost taking a point out of the game with their final chance. Picking up the ball on the left, Ritchie evaded a challenge of a Khalsa defender before pulling the ball across the box.

She found Wortley, but her attempt was pushed over the bar by Garnham, saving her side for the second time in the half.

The Brewers will now turn their attention to next Sunday’s FA Women’s National League Cup tie against Derby County. 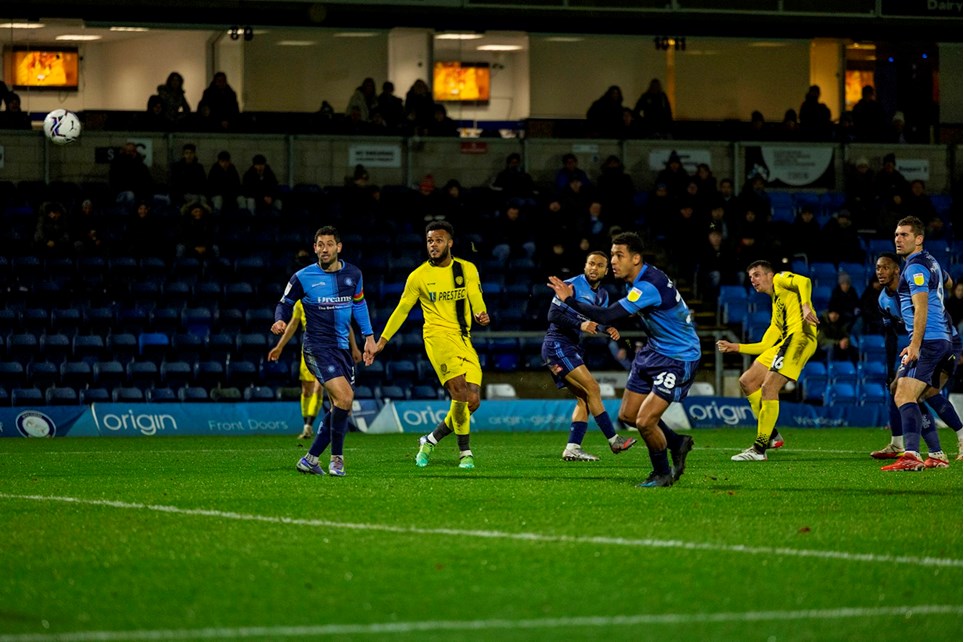 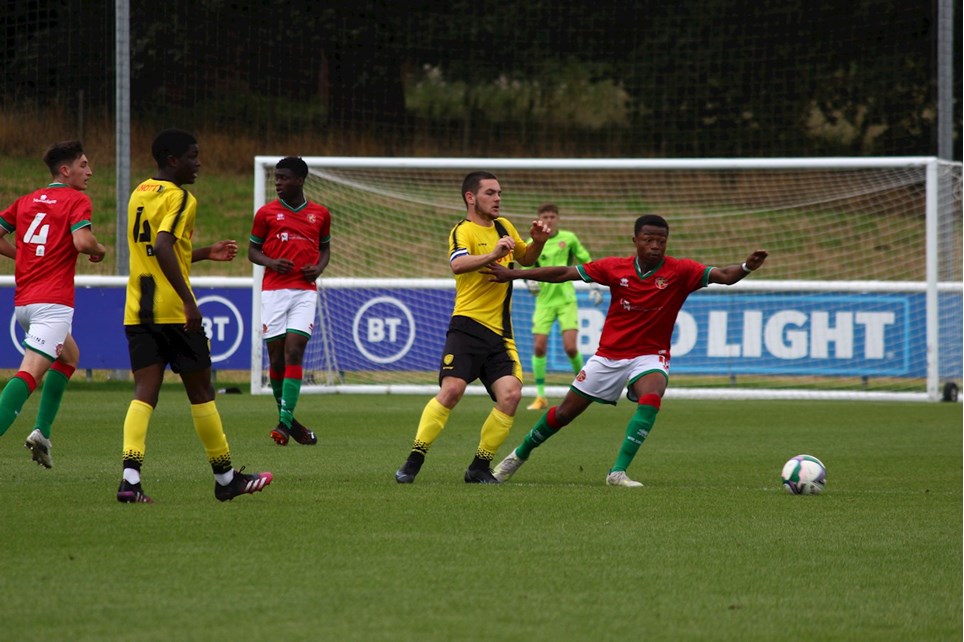 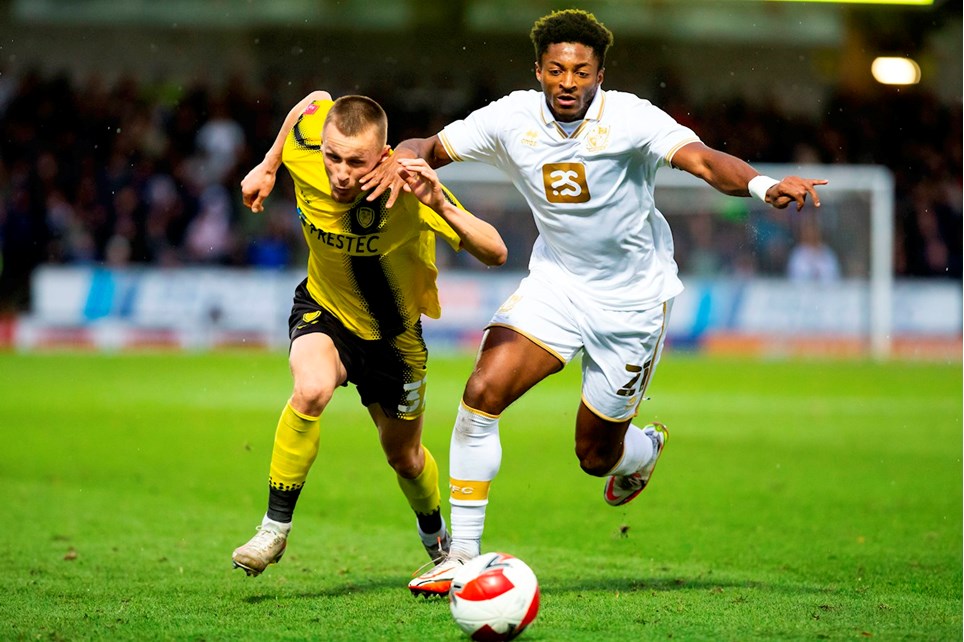 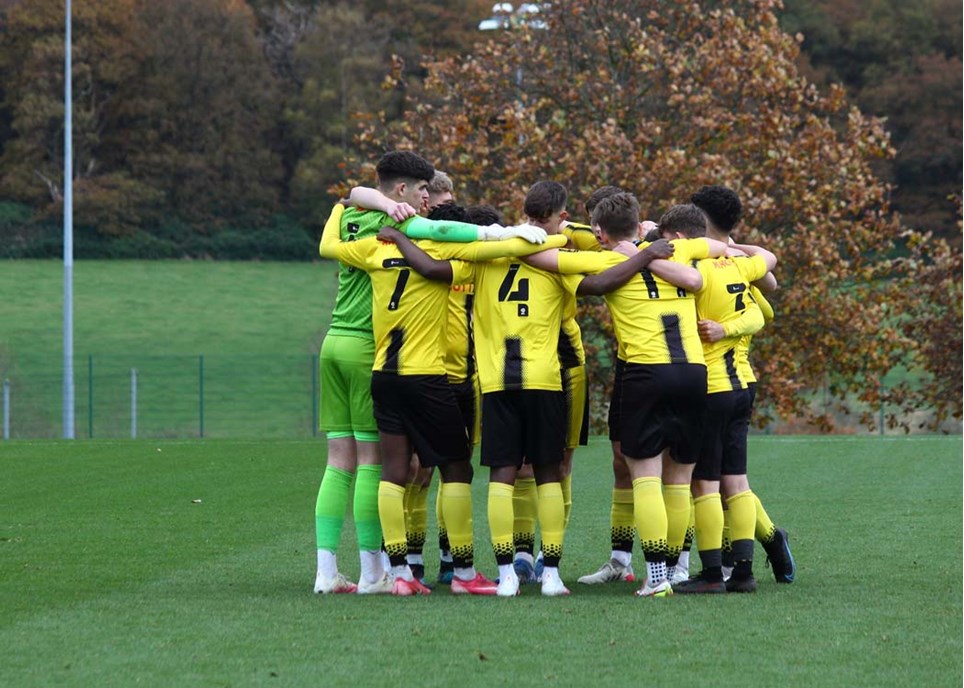