A HAT-TRICK from Callum Niven and two Jake Laban penalty saves helped Burton Albion’s Professional Development Phase side to a convincing 5-1 away victory over Doncaster Rovers.

The Young Brewers controlled proceedings on a wet day at Cantley Park Training Ground and were good value for their win, with in-form striker Niven further adding to his account for the season following his four goals against Scunthorpe United last week.

Burton have now been victorious in their last three EFL Youth Alliance matches and should take plenty of momentum into their FA Youth Cup tie against Sheffield Wednesday, which takes place next Friday at the Pirelli Stadium.

It took Albion just eight minutes to take the lead in South Yorkshire, with Ben RADCLIFFE netting the game’s opening goal. Doncaster attempted to clear their lines after a neat Burton move and the midfielder latched onto the loose ball, hammering it past goalkeeper Tom Chambers from around 25 yards.

The visitors’ eagerness to add to their advantage was clear and they did exactly that in the 16th minute through NIVEN. Joe Nyahwema and Charlie Williams linked up nicely on the Young Brewers’ right side before the latter played a neat pass into the path of the striker, who tucked the ball into the bottom corner with aplomb.

Doncaster looked to respond from the restart and went close through Dan Wilds, whose shot from outside the box was saved by goalkeeper Laban. Moments later, the hosts were awarded a penalty when Ben McLean was adjudged to have fouled Tavonga Kuleya inside the area.

Donny captain Wilds stepped up to take the spot kick but Laban was equal to his effort, diving towards his left-hand post to beat the ball away. Winger Jakub Niemczyk had a decent chance to extend Burton’s lead shortly afterwards, but his header from Williams’ cross bounced wide.

In the 32nd minute, the home side were presented with another chance to beat Laban from 12 yards when Radcliffe was penalised for holding onto the shirt of an attacker inside the Burton box.

On this occasion, Kuleya stepped up to take the penalty, but incredibly the same outcome occurred, with Laben making a fantastic initial save before grabbing the loose ball before any other player could get to it.

Rovers eventually managed to find a way past the Burton stopper six minutes before the break when Owen Scattergood slotted home cleanly after receiving the ball from Corie Cole.

However, the Young Brewers restored their two-goal advantage moments later through NIVEN, who latched onto Nyahwema’s low cross and powered the ball past Chambers, with his shot taking a slight deflection on its way in.

Less than two minutes after the interval, NIEMCZYK added a fourth goal for Burton when he got on the end of Radcliffe’s defence-splitting pass and drilled home with his right foot from just inside the box.

Despite already holding a commanding lead in the game, the visitors showed no signs of letting up and went close to scoring a fifth after the hour mark when Williams’ effort was tipped around the post by the Doncaster keeper.

Nyahwema also had a good opportunity to find the net in the 65th minute, but his shot from just inside the area took two deflections before being cleared away by Wilds.

Albion showed great composure in the latter stages to secure the victory, and NIVEN completed his treble with eight minutes left by smashing the ball into the top corner after receiving it from Radcliffe.

Penalty-saving maestro Laban also pulled off a terrific double save in the dying embers of the match to cap off a successful day’s work for the Young Brewers. 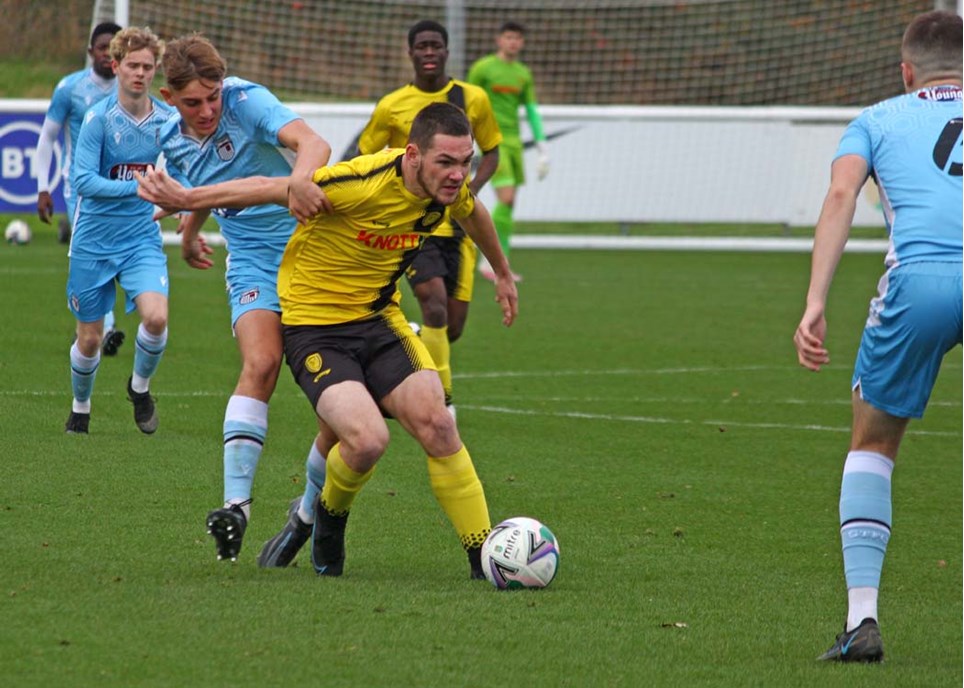 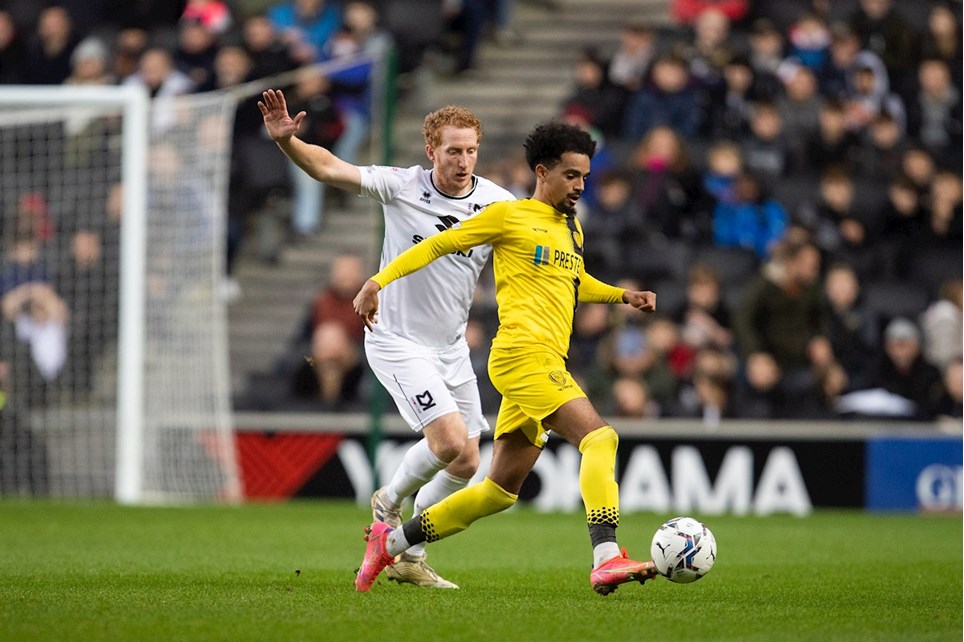