The Brewers manager confirmed that Tom O’Connor, Jacob Maddox, Deji Oshilaja and Danny Rowe have all returned to training this week following injuries.

“He (O’Connor) is back, he started training from yesterday and had one really good session," said Hasselbaink.

"Today it was more tactical and assured, which was good for him.”

“We have Jacob Maddox back from yesterday as well, he has been training and has had two sessions. Deji also came back into training yesterday.

“The only ones not back yet are Michael Mancienne (hamstring) and obviously Louis Moult (ankle), who is one of our long-term injuries.

"Mancienne has been with the physios this week, but I can say that the injury list is getting smaller.”

Another positive ahead of Albion’s clash away at Crewe is the return of captain and former Alex defender John Brayford, who has now served his one game suspension for a red card at Bolton Wanderers.

Hasselbaink went on to say he expects a different type of challenge against Crewe to the one his side faced when Gillingham visited to Pirelli in the Brewers' last league game.

“Gillingham have got a brilliant target man who wins 99 percent of the first headers and they capitalise on that," said Hasselbaink. "They give you lots of problems by doing that.

“Tomorrow will be different, against a side that don’t look that quickly for the long ball, they like to pass it around you and play through the thirds.

"But again, against Accrington and Shrewsbury they have been very direct. They have mixed it up a little bit, so we have to be prepared." 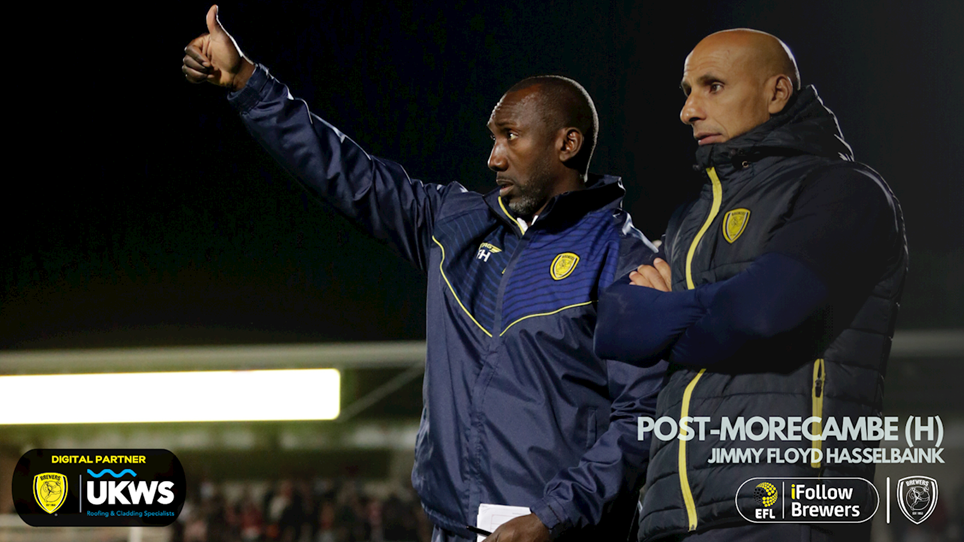