Tom O'Connor and Daniel Jebbison both grabbed their first goals in Brewers colours to help Albion to a 2-1 win over Portsmouth in a pulsating encounter in the rain at the Pirelli Stadium.

Both sides came into the game in real need of victory on the back of winless runs but it was the Brewers who showed a real ruthless edge to grab the points with a high tempo performance capped by O'Connor's low drilled effort on 32 minutes and Jebbison's fantastic curling effort on the hour mark and although Pompey, having made a triple substitution immediately after going 2-0 down, responded with a well taken free kick it was Albion who went on to seal victory and take home a welcome three points.

After the disappointment of defeat at home to Lincoln on Saturday there were three changes to the team for the visit of Portsmouth. O'Connor returned in midfield alongside Deji Oshilaja renewing a partnership that proved successful in the opening weeks of the season. Charlie Lakin also returned to the side after serving his one-match suspension for his red card at Crewe. He pushed into a more advanced role replacing Harry Chapman who dropped to the bench. Jonny Smith also came back into the side playing out wide as Joe Powell joined Bryn Morris in dropping out of the matchday squad.

In a frenetic start to the game both sides won corners within the opening minute of the game as Marcus Harness and Tom Hamer both showed early attacking intent.

And the game was only three minutes old when Michael Bostwick forced Gavin Bazunu into a good save away to his left with a shot from inside a crowded penalty area.

Albion continued to look very purposeful and bright in attack with Smith firing wide off his weaker right foot and Dan Jebbison having two attempts at a shot inside the area on his left hand side.

Portmouth sprung to life on fourteen minutes as Mahlon Romeo slung in a cross from wide on the right and John Marquis escaped his marker to head straight at Ben Garratt. And Romeo fancied his chances of scoring when he cut inside on eighteen minutes and worked an opening for a shot that whistled wide of the target.

Pompey had a couple of free kicks in dangerous positions but were unable to test Garratt with either but Albion were quick to burst forwards again with Jebbison driving an effort across goal from a very tight angle and when Smith recovered the ball on the right hand side the Sheffield United loanee was inches away from connecting from the ball back into the middle.

Albion had just a minute to wait for their goal and it came from their high press on the Pompey defence, Smith picking Lee Brown's pocket to put the ball in the middle and when Akins laid the ball back into the path of O'CONNOR the former Southampton sweetly found the bottom corner of the net.

Albion were forced into a change early in the second half when Bostwick stayed down after a challenge on Marquis and he was eventually replaced, after a period of treatment, by Ryan Leak who spent time on trial at Pompey during the summer before signing for the Brewers.

Portsmouth tried to capitalise on Albion reorganising and a difficult chance fell for Romeo inside the box but under pressure he failed to hit the target.

But it was Albion going mightily close on 59 minutes, Lakin picking up a loose ball in midfield and striding forwards, his long range effort deflecting off a Pompey defender and producing an outstanding save from Bazunu.

A minute later and Albion doubled their lead as JEBBISON opened his Brewers account with a superb curling effort from the edge of the box.

Three minutes later and Portsmouth were back in the contest when HACKETT-FAIRCHILD swept home a free-kick with his first touch of the ball after Joe Morrell was felled by Jebbison.

Albion sent on Kane Hemmings to lead the line for the remainder of the game with Jebbison making way.

Hamer's long throw almost produced a third for Albion but when the ball arrived with Smith beyond the far post his timing was slightly off and his volley flew wide.

Hemmings was fleet of foot to speed clear of the Pompey back line but with the angle tightening against him all the time his shot was blocked by the feet of Bazunu at his near post.

Another Pompey substitute, Louis Thompson, was close to an equaliser with a snap shot from the edge of the box that took a deflection that sent it wide as the visitors cranked up the pressure on the Brewers defence going into the final ten minutes.

Pompey fired high balls into the Burton box as the game ticked into added on time but the Brewers back line stayed strong and saw it through to return to winning ways. 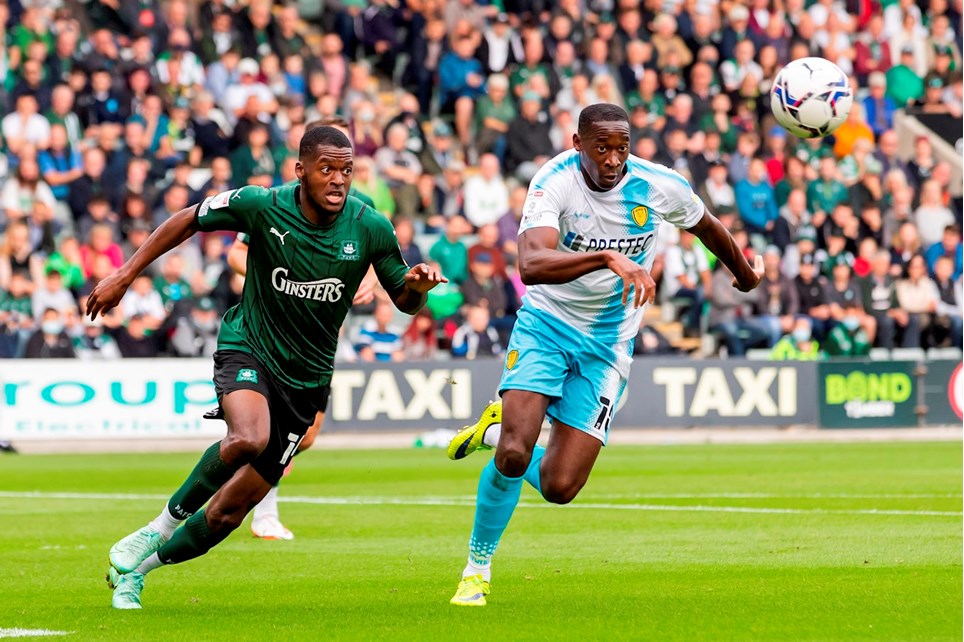 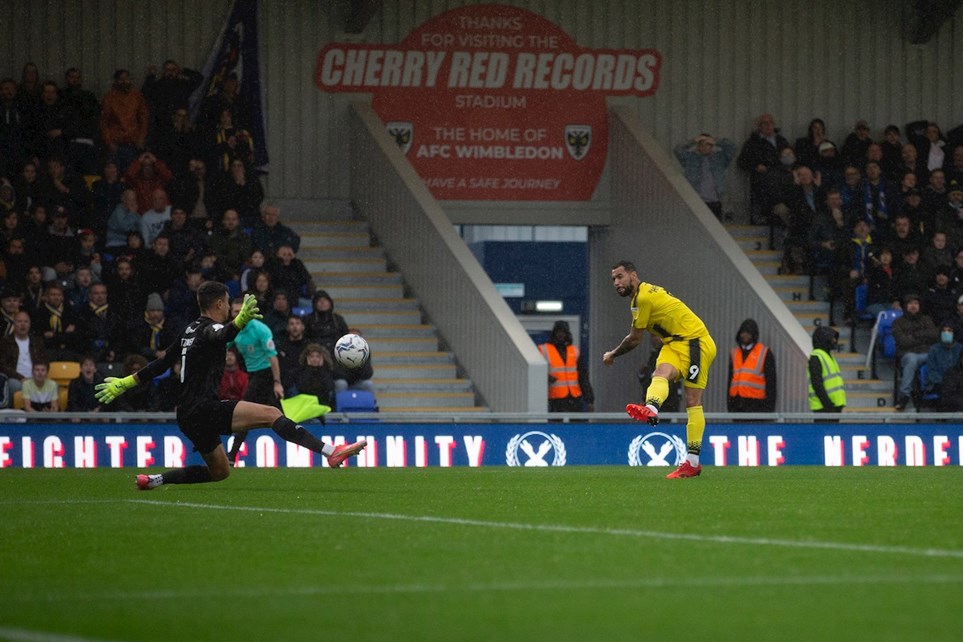 
KANE Hemmings' second half strike earned the Brewers a hard fought point of the road at AFC Wimbledon as they were only denied all three points by Luke McCormick's 90th minute equaliser.