TEN-man Albion endured a tough afternoon at the Pirelli Stadium as Bristol Rovers ran out 4-0 winners after Conor Shaughnessy was shown a red card with less than a minute on the clock.

Albion were always up against it from there and Rovers took full advantage as Antony Evans, James Connolly and a brace from Aaron Collins had Rovers four goals to the good before half-time with Albion struggling to make much of an impression on a rampant Rovers side.

Jimmy Floyd Hasselbaink made two changes for the first home league clash of the campaign as he sought a response after last weekend's defeat at Wycombe Wanderers. The Albion boss was able to welcome defender Sam Hughes back into the side and he was joined by Jonny Smith who impressed in the second half at Adams Park. Joe Powell and Quevin Castro were the two to make way to the bench.

Albion suffered a hammer blow inside the first minute as Shaughnessy was shown a red card by referee Ross Joyce for a foul inside the 'D' on Aaron Collins. After much protestations it was EVANS who stepped up and curled the ball around wall and into the far corner of Ben Garratt's goal.

Evans then turned provider on twelve minutes with a dangerously curling cross from the right that made its way all the way to the back post where full-back CONNOLLY was on hand to sweep the ball home.

The former Everton midfielder was not far over the bar with a long range effort before Lewis Gordon picked out the head of Ryan Loft in the middle, the striker unable to keep his effort down and heading over the bar.

Skipper Sam Finley broke forward on 22 minutes and from the same range as Evans tried his luck with his effort curling juts wide tith Garratt at full stretch.

Albion were struggling to fine any forward momentum until Jonny Smith picked up the ball on the right and cut inside to combine with Davis Keillor-Dunn on the opposite flank although the promise was short-lived as the cross into the box from the left evaded anyone in yellow inside the box.

Rovers then tried to turn a promising Albion situation into a swift counter, Harry Anderson sent clear but scuffing a precise shot wide of the post.

Things got even worse for Albion five minutes before the break as COLLINS cut into the box from the left and fired a rising angled shot into the roof of the net and the striker doubled his tally four minutes later driving into the box and firing low inside the near post.

Albion started to look brighter going forwards, Jonny Smith whipping a teasing ball through the box that was just out of the reach of Victor Adeboyejo but it was Rovers still carryng the greater threat, John Marquis heading against the bar from Ryan Loft's dinked cross on 55 minutes.

Both sides had shouts for penalties, Adeboyejo haveing his legs swept from under him as he burst into the box with referee Joyce not interested and when Collins appeared to bundled over on the touchline the official was similarly unimpressed.

Albion brought Joe Powell, Gassan Ahadme and Quevin Castro on just after the hour mark to try and change things up, Adeboyejo, Tyler Onyango and Smith the men to make way.

Keillor-Dunn headed just over from a Tom Hamer cross and Castro immediately began to look lively down the left and Powell glancing a header across the face of goal from a corner.

Butcher prevented an almost certain goal chasing back as substitute Harvey Saunders ran from deep in his own half on the counter. Already on a yellow card Butcher had to get his challenge right and he helped push the Rovers substitue wider of goal than he would have wanted and got an important block in.

James Belshaw in the Rovers goal denied Castro a consolation goal late on making a smart save as the loanee connected with Powell's low cross at the near post.

Another humbling afternoon for the Brewers who now turn their attention to the Carabao Cup in midweek. 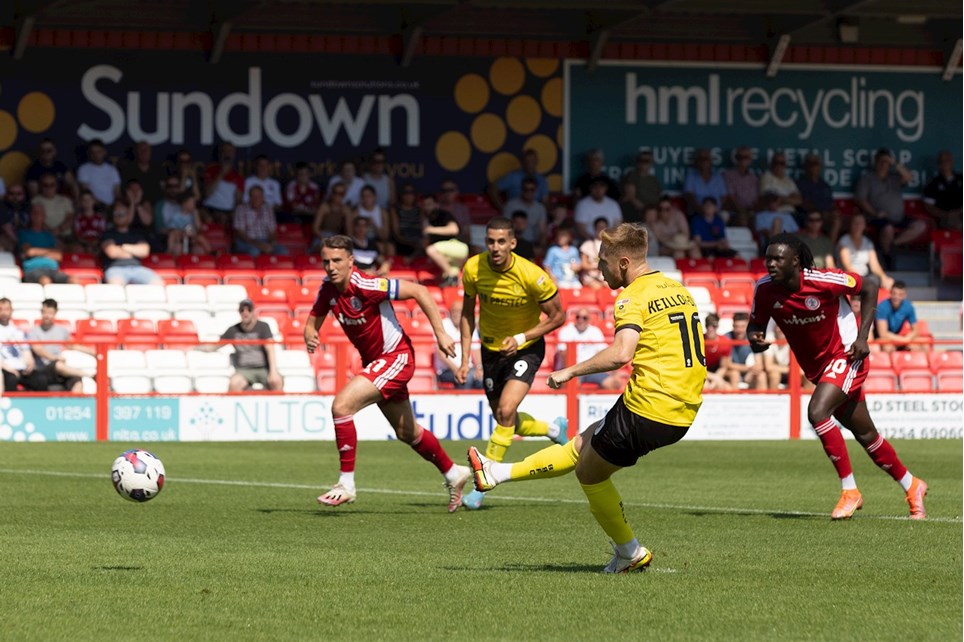 
DAVIS Keillor-Dunn fired in superb hat-trick but Albion suffered heartbreak as they were denied victory by an equaliser in the sixth minute of added-time to draw 4-4 with old rivals Accrington... 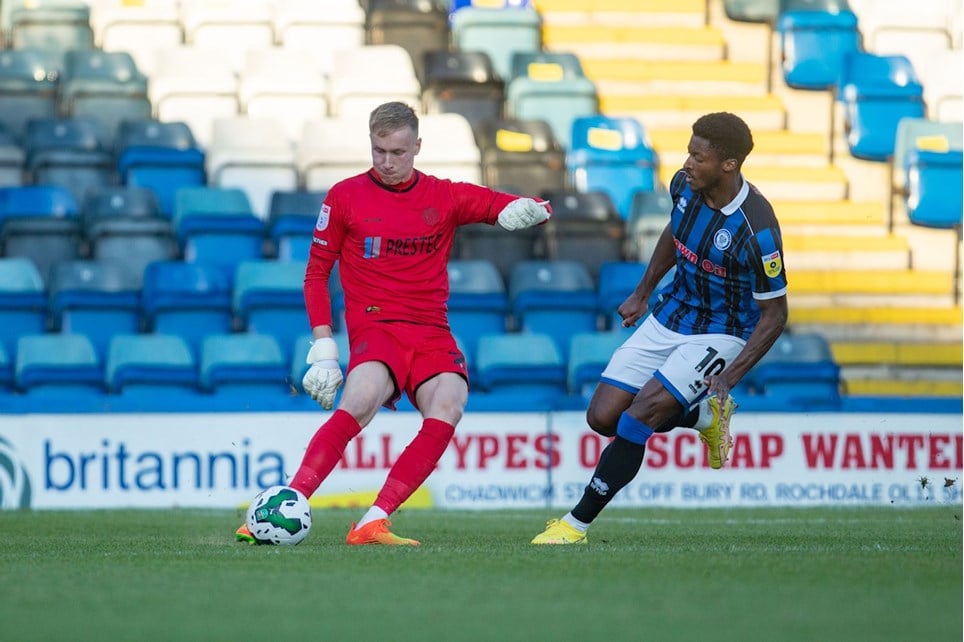 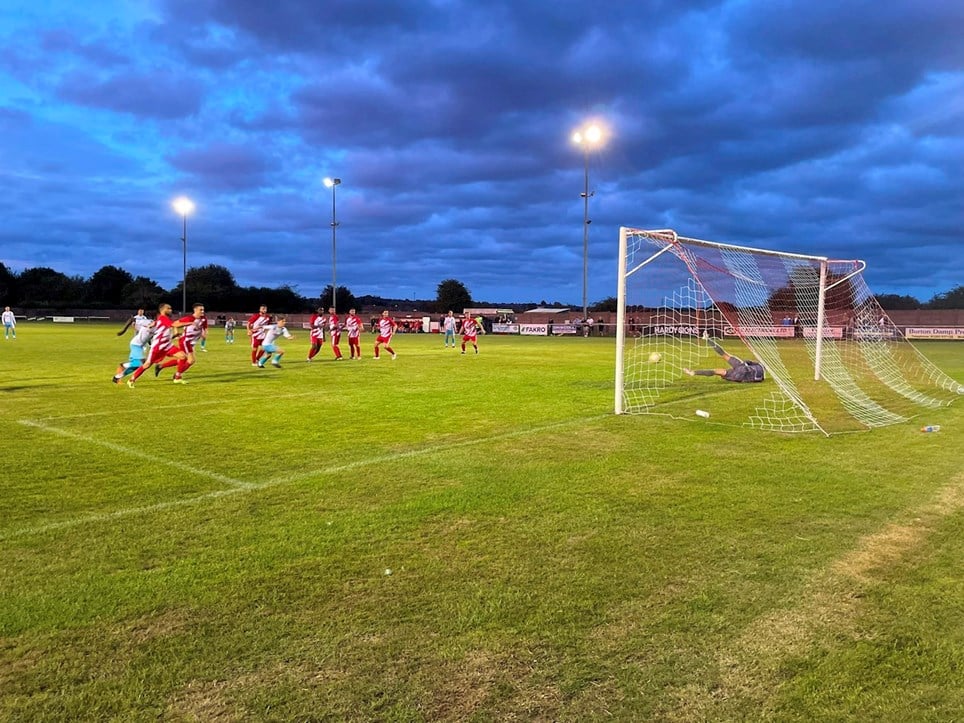 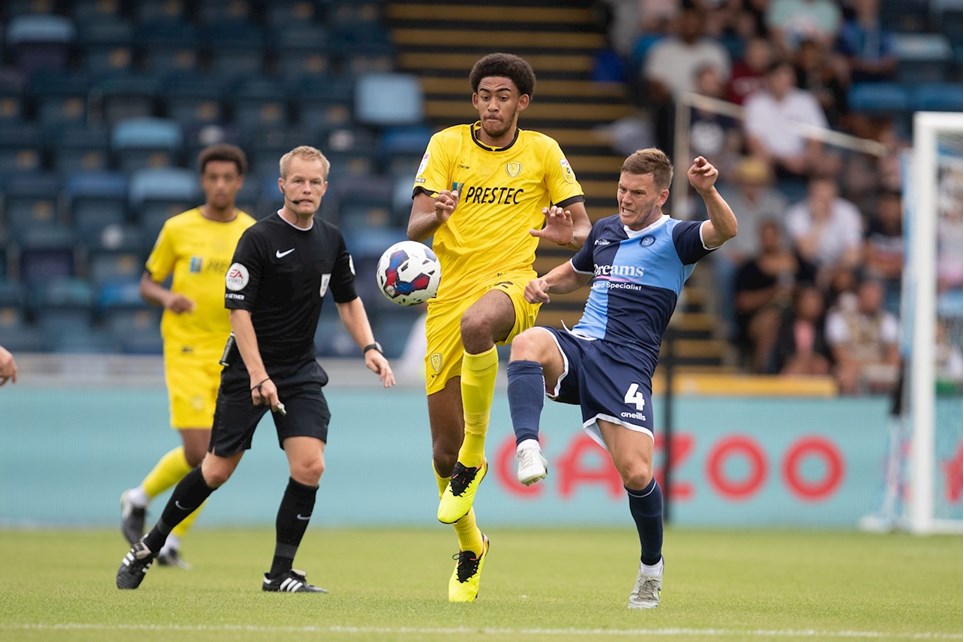