After proving a dominant presence in midfield, Thornton opened the scoring with a thumping finish from close-range. She then doubled her and Long Eaton’s tally with a freak goal – an intended cross sneaking into the far corner.

The points were wrapped up late on for the visitors as Burton failed to clear their lines from a corner, and United’s defensive midfielder bundled in from close range.

Long Eaton started the game on the front foot, with Alice Langstone stopping a shot at the near post with her feet, after a good run down the right from Moirah McIntosh.

The Brewers were defending well though, limiting the visitors to wayward headers from set pieces, but they weren’t threatening the backline of United, Leah Kellogg remaining a spectator for the first 20 minutes.

Langstone was once again the saviour for Albion as she managed to claw away a goal-bound header from Tiana Hicks, after a short corner had caught Burton cold.

The Brewers’ goalkeeper refused to be beaten, as she once again pulled off a tremendous save to guide a curling effort around the post. 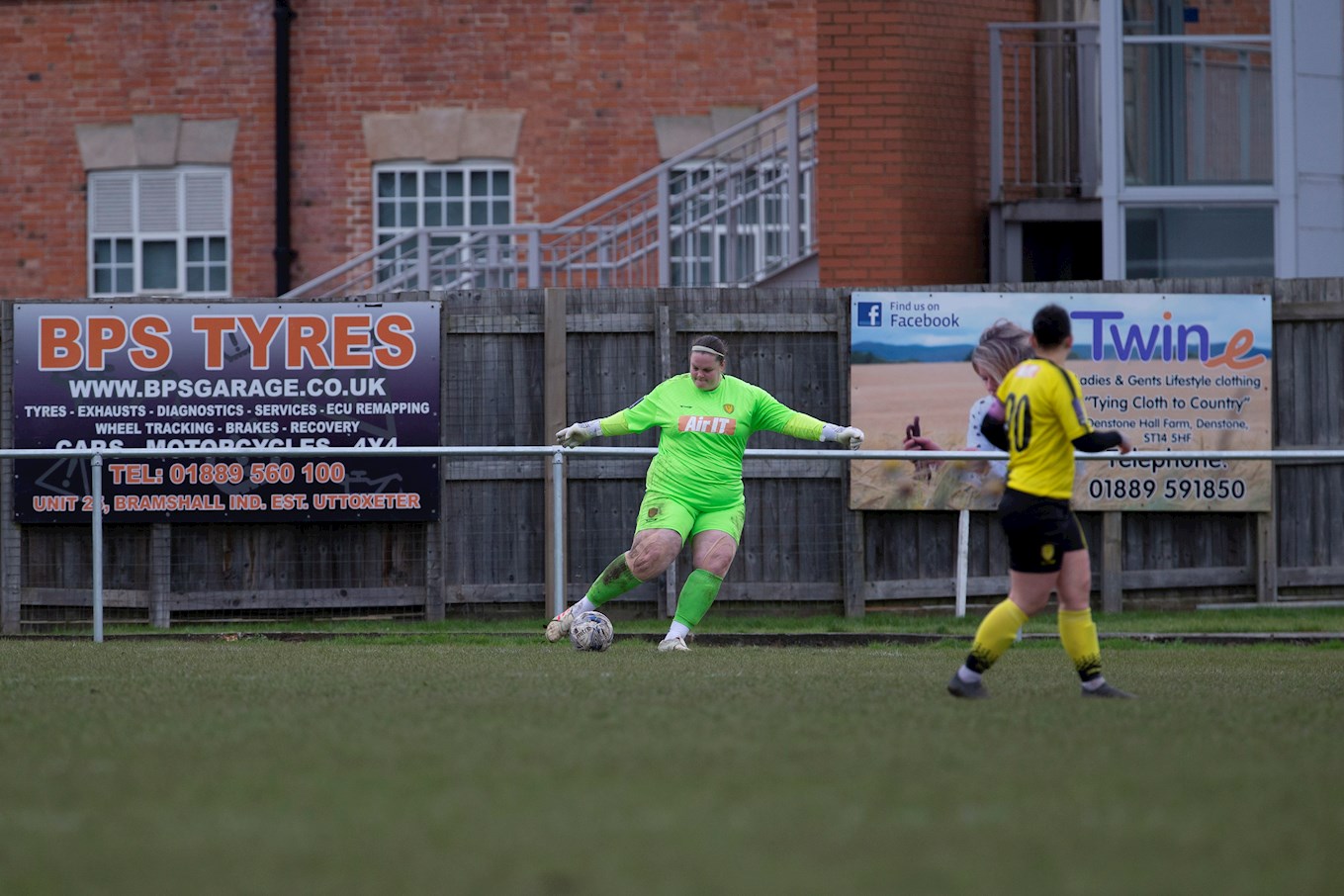 With Langstone’s inspired form keeping the score-line goalless, Burton broke forward in search of a goal.

They did test Kellogg after 37 minutes when a brilliant move down the right resulted in Wortley allowing the ball to roll onto her left foot before forcing the ‘keeper to make a diving stop.

Yet, with Albion showing signs of life in attack, Long Eaton managed to finally break through. McIntosh burst down the right before delivering the ball on a plate for Thornton, who had the simple task of slamming the ball into the back of the net.

Early into the second half, the Brewers were afforded a let off as Langstone spilled the ball at the feet of the Long Eaton striker but did extremely well to glance her resultant strike behind for a corner.

Long Eaton’s second would however, come in unfortunate fashion for Albion. Having already got her name on the scoresheet, everyone in the stadium were stunned to see Thornton’s innocuous cross float over Langstone and into the far corner.

Thornton was dictating play for the visitors, and she had the opportunity for her hat-trick as she burst into the box, but her shot towards the roof of the net was comfortably punched over by Langstone.

The midfielder was once again denied after 73 minutes when Chloe Maitland did well to clear Thornton’s effort off the line, after a ball had rolled all the way to her at the back post.

United would eventually grab their third as a corner was not dealt with in the box, and Long Eaton’s defensive midfielder was on hand to bundle in from close range.

The Brewers had an opportunity to get one back after good work from Mille Drinkhall, but the midfielder could only drag her low shot wide of the far post.

Burton continued to apply pressure, and Ritchie was close with her effort from the edge of the box, but the ball ended up floating just wide of the post.

Despite their best efforts to reduce the deficit, the Brewers couldn’t find a goal and had to settle for a second consecutive 3-0 defeat.