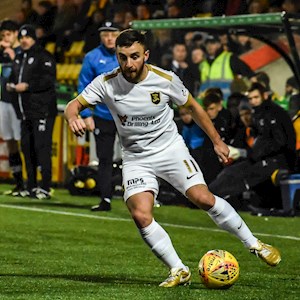 Lawless joined the Brewers after coming to the end of his contract with SPL (Scottish Premier League) side Livingston. The winger made 38 appearances during his final season, scoring 11 goals, before making his to the Pirelli Stadium in July 2020.

Born in Glasgow, Lawless is a product of the Motherwell youth team, where he signed his first professional contract in 2010. He had several loan spells at lower league Scottish clubs whilst at Motherwell, but never managed to break through and play regular football during his time at Fir Park.

He signed for Partick Thistle in the Scottish First Division in 2012, where he became a first team regular during his first season. He went on to score 13 goals and help the club gain promotion to the Scottish Premier League, before going on to spend six seasons at the club.